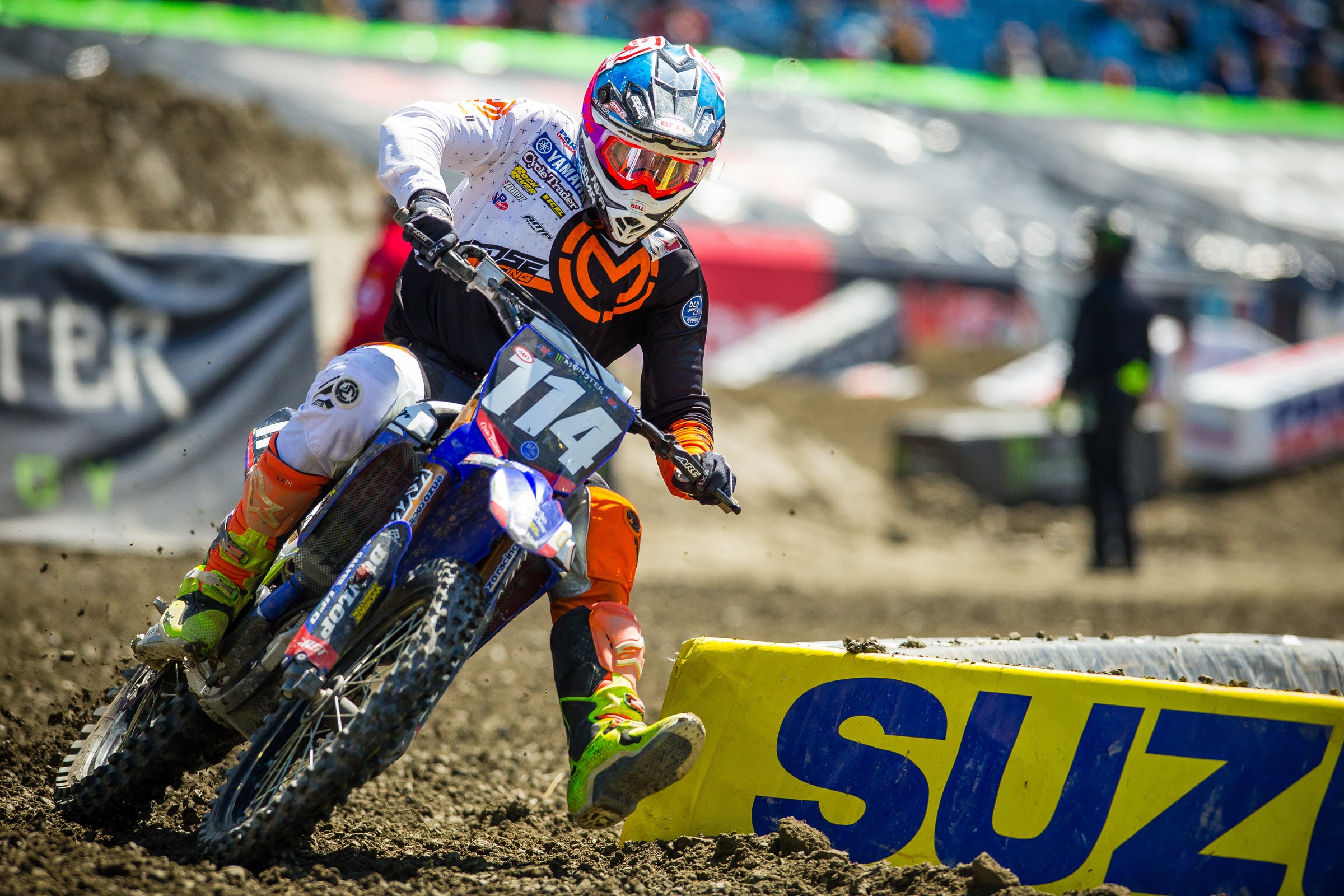 The story of the Cycle Trader/Rock River Yamaha team is not one of cliché. Started nearly a decade ago as nothing more than a place for amateurs supported by Rock River Yamaha to land once they made it to the pro ranks, it was never intended to be the major effort that it is today, complete with a title sponsor and potent Yoshimura-built 250 engines.

Team manager Christina Denney had zero experience in team management, and even less intention of staying on with the team beyond those first few races in 2010. But, in a paddock that sees teams come and go with somewhat alarming regularity, the team has continued to grow and has gone from a squad that struggled to even put riders in the main, to eventually competing for podiums with the likes of Alex Martin and Colt Nichols. It’s been a while since they’ve been able to get back on the podium, but with 2019 on the horizon the team has reloaded with Brandon Hartranft, Jacob Hayes, and Matt Bisceglia, to form what could be one of their more solid efforts.

Although Hartranft never ended up on the podium last year, he showed some pretty serious speed, with a sixth place in St. Louis marking his best supercross result, and a ninth at High Point being the highwater mark in a motocross season that was cut short by a season-ending shoulder dislocation. His initial success as a rookie was enough to attract the attention of multiple teams, but he ultimately ended up back with Cycle Trader/Rock River Yamaha.

“We thought he was headed to another team but that ended up changing and we obviously welcomed him back with open arms,” says Denney. “We’re very happy to have him back, absolutely thrilled. He came out of nowhere last year, nobody really knew who he was, and he did great.”

On the opposite coast Hayes could make things interesting. He is the 2018 Arenacross Champion, which at the very least, legitimizes his racing credentials. And with arenacross no longer in existence for Hayes to fall back on, his shot at cracking the tough nut that is supercross is now crucial to his career.

“Jacob Hayes didn’t hesitate at all… I think he was hoping to get a call from someone,” Denney says. “There was no hesitation and we clicked right away. He’s been riding a Yamaha 250 in Australia, currently, so it should be a really natural transition for him when he comes back.”

Filling the 450 role in supercross is Matt Bisceglia. Once the hottest amateur commodity in the sport, the 2013 Horizon Award winner’s luck has been somewhat calamitous in recent years. If you think that language is too strong, how else would you describe a broken collarbone caused by something as freak as a countershaft sprocket that disintegrated in 2016 right as Bisceglia was navigating an on-off? Later that year he suffered a broken foot, a broken leg early in 2017, a rib and hand injury in 2018, and a freak accident on his last lap of practice before packing up to return to racing at Muddy Creek earlier this summer that resulted in a broken ankle and fibula. Considering he was left without a ride, perhaps calamitous isn’t a strong enough word to describe his situation. Fortunately, his luck turned around when he received a call from Denney.

“Matt Bisceglia was recommended by Jeremy Albrecht [of JGR], and when he suggested him it was kind of like an ah-ha moment,” Denney explains. “It seemed like a great fit right away, and when I spoke to him I didn’t even get a chance to finish explaining my offer before he said yes. I think I only got three words out! I wanted to make sure he knew what the offer was, that it was for 450 supercross, and he didn’t blink an eye. He’s been out with injury for a while so it may take him some time to get back to race pace, but when he does we should be able to have a solid, consistent presence in 450 supercross. That’s something we’ve struggled with in the past.”

With a pair of racers who’ve proven their ability to jump wheels first into the fray, along with the mystery and mystique of a talented arenacross champion whose supercross skills remain unproven, 2019 could be an interesting and exciting year for Cycle Trader/Rock River Yamaha, a team that was absolutely plagued by injuries in 2018. No wonder Denney says the whole team is energized to see what the approaching season of supercross will hold.

“All three guys are really motivated, as motivated as we are heading into this season, and that’s a really good feeling. I love it.”