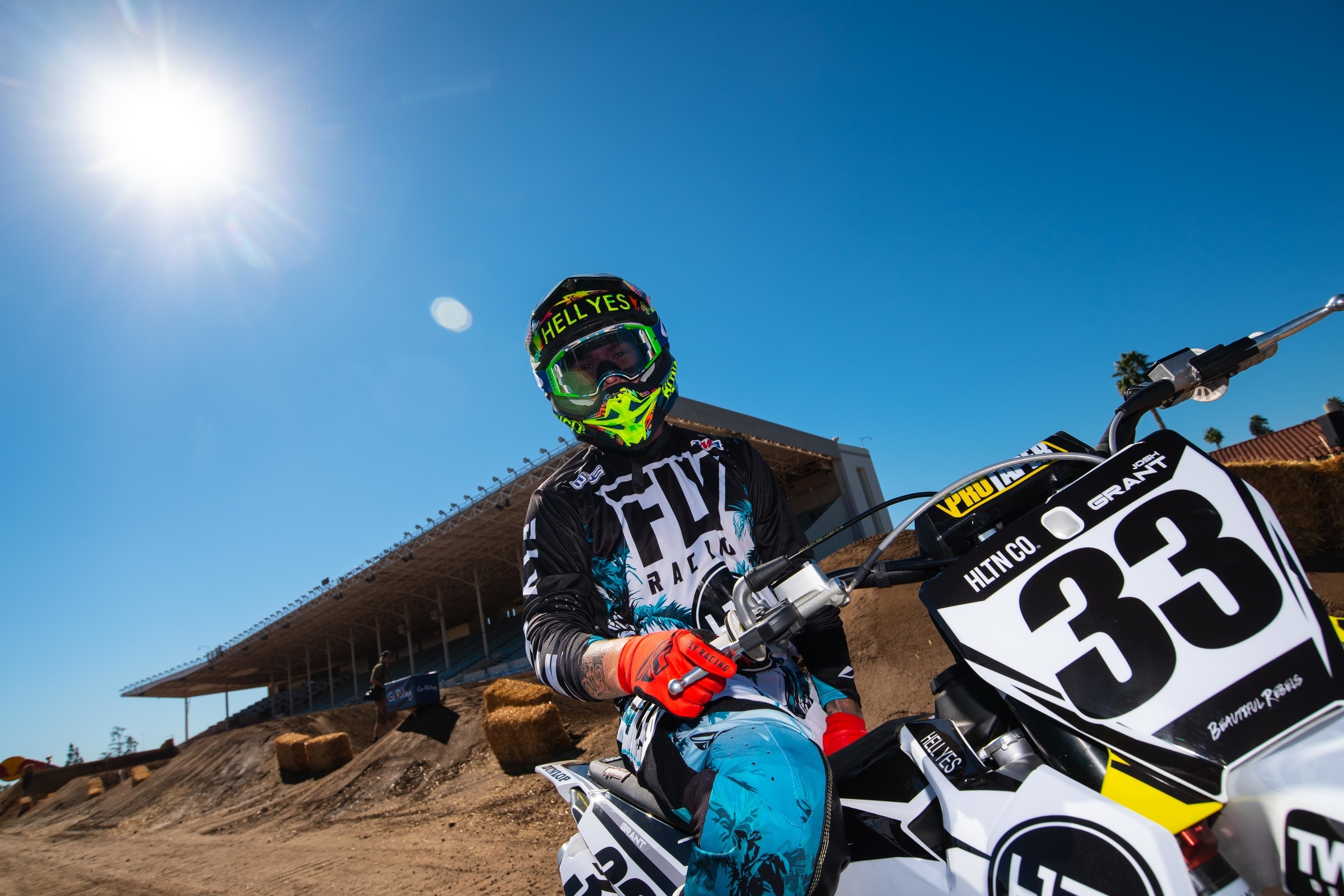 Since lining up for his first professional race at Hangtown in 2004, Josh Grant has been a staple in Monster Energy Supercross and Lucas Oil Pro Motocross. In addition to maintaining a very supportive and enthusiastic fanbase, he’s also been competitive throughout his career, which spans nearly 250 (244, to be exact) combined outings in supercross and motocross. Now, with 2019 on the horizon, the veteran isn’t exactly sure what’s in store for him, but nonetheless seems content with whatever the future may bring.

Racer X: Other than the Monster Energy Cup and Red Bull Straight Rhythm, what have you been up to?
Josh Grant: Mostly I was just prepping for those two races. It was just kind of a last-minute decision to race, so my focus was on getting all that stuff sorted and done and racing and having a good time. And last week, I’ve just been checking out for a bit and taking a break.

You said you kind of threw things together for those two races. What kind of support did you have?
I had some friends who were helping me, obviously my old mechanic at Kawi with parts and stuff that I needed, but it was pretty much an effort we did on our own. It was kind of thrown together. I rode some supercross the week before to try to make the most of it and just have fun. For me, it was more about going there and racing if it was going to be my last supercross. With how the industry is, you don’t know what’s next, and I didn’t want to end my last race on a broken leg in Dallas. It was like, “Let’s go have some fun and go racing.” That’s why I was there to do it.

Talk about putting a two-stroke together. Do you normally have two-strokes you ride or did you have to build something from the ground up for Straight Rhythm?
We had to build it from the ground up. There was an opportunity to work with Racer X. My friend Pete Martini over there told me there was an industry class inside the event between magazines and they wanted me to do it. I hopped on board and was stoked to be a part of it. I haven’t ridden a two-stroke in a long time and I literally rode that bike probably three times before we went to the event. It was cool, it was something different, and it was new. Any time there’s a chance to go do that type of an event and ride a two-stroke, I’m all in. It brings back a lot of old school memories.

Talk a little bit about Straight Rhythm. The whole thing looked incredibly fun and the vibe was cool, especially with the ‘90s theme. Was it as cool to race as it was to watch?
Yeah, I think so. I’ve never done that event and a lot of the other guys have. It was completely new for me. The whole ‘90s theme made it so much more fun. I think that’s something racing has kind of gotten away from, the whole reason why we do it. It brought back some old school memories.

Get the Latest From Racer X Brand

Let’s talk about 2019. Do you have anything lined up yet?
Not at the moment. We’re working on a few things trying to get things sorted, but with how this industry has been the last few years, it comes down to the last minute and getting everything put together. If it doesn’t happen you have to work on fill-in rides or stuff like that. But at the moment I don’t have anything set in stone. We’ll see how it works out.

You’ve taken breaks from racing in the past and it hasn’t really seemed to affect your speed or marketability. Is it possible we might see another hiatus, or are you doing everything you can to be on the gate at A1 no matter what?
I’m not doing everything I can to be there. This is my fifteenth year of racing supercross, so for me it’s about being involved with the right people and having the right setup to really give it a go. I don’t want to have a half-ass effort of going out there and putting something together that’s not going to be competitive. I still feel like I can get in the mix with those guys.

Obviously you’re a racer, but you’ve been pretty vocal in interviews about being a family man too, so if you aren’t racing is that necessarily a bad thing or is it just an opportunity to spend some time with the family?
I’ve experienced this firsthand just due to injuries last year. I look back and it sucks I broke my leg, but at the same time, the amount of time I got to spend with my kids and my family, I would have missed out on a lot of those life experiences that are pretty important. Especially at a young age. So for me it doesn’t seem as crucial as it used to.

Where can people get their hands on those B33RME hats?
They’ve been flying out! We’ve been reordering and trying to stock them up as much as we can. But they can go on the HLTNCO.com website, we normally have them up there nonstop. We’re pretty stoked on the number of people who have supported it and have liked the hat.