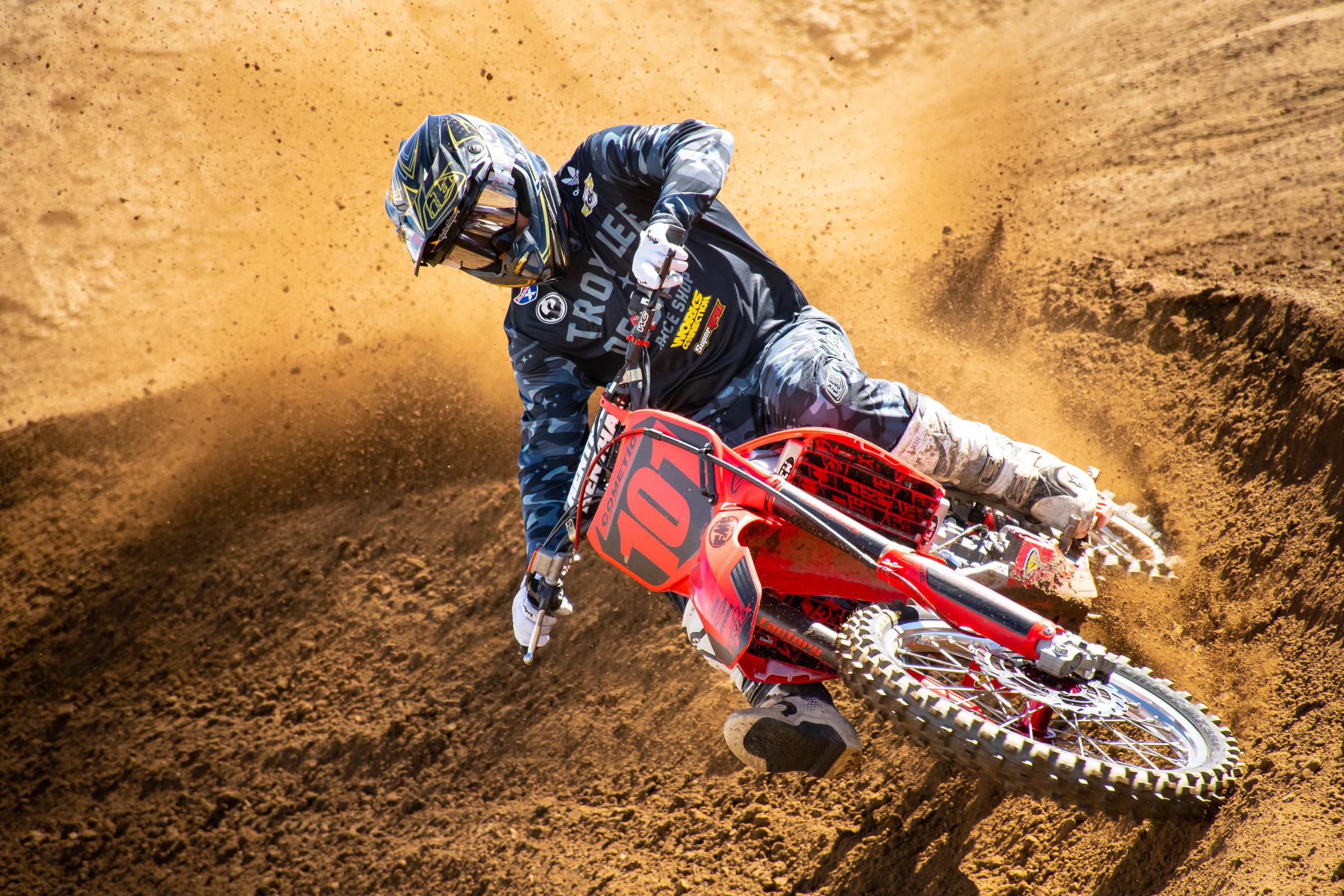 Mathew from Hawaii writing to you (unsure if my prior emails were read by you or not), but I do happen to have just one question to ask you about the Triple Crown races in SX 2018.

Honest to goodness truth, Ping, I don't think the Triple Crown format did the series any good because the racing didn't change at all, and I don't think riders should be relying on three good races for an overall win. I do not mind the Monster Cup race in October since that's not part of the season. Personally, I'd like to see the FIM treat the three races with the regular points structure (like arenacross did back in the day) instead of Olympic-style scoring, because when you think about it, those who win the first two mains of the night virtually DO NOT count towards their credit (take Justin Brayton, for example, at Atlanta—wins the first main, but not the overall, and that win in main event number one doesn't count to him).  Do you agree with having the Triple Crown being run that way with the regular points structure?  Why or why not?

Hope to see an answer for this,

I don’t want to get too critical of the Triple Crown thing because some people really enjoyed it. I didn’t like it because the track was so smooth early on in the night that the first main event (BTW, how is it possible to have three MAIN events?) doesn’t have much passing, because everybody can go fast for a short number of laps on a smooth track. Also, I wasn’t a fan of the way they scored the races.

Personally, I prefer a traditional main event that builds up anticipation to a final race for all the marbles. I would rather see them run traditional heat races and then do two-man elimination races for a couple extra championship points. Maybe the top three from each heat get to participate? That would get the top guys back on the track for more laps (fans love it) and would still keep more of a traditional format. As a fan, it doesn’t really matter to me; I just want to see good racing. I imagine some of the riders get frustrated with that format at times. I know Feld is paying attention to the feedback, and if it isn’t being received well, they will change it.

I just wanted to take a minute to tip my hat to that big set of handlebars you have growing on your upper lip. It's good to see someone who still has the balls to try a little trend-setting and present himself as a man these days. If you really want to take it to the next level, just add a Stetson, a long drover coat, pointy set of boots, and a Colt Peacemaker, and you could bring Wyatt Earp back to life. I showed it to my wife and she was nowhere near as impressed as I was and said I'd be taking cold showers if I grew one of those on my face. I'm just curious if you caught any flak from your wife about it. If so, whatever you do, don't let her talk you into cutting the ends off of it and putting on mid-thigh shorts like Magnum PI.  Keep it on two wheels and be safe.

I honestly can’t believe all the comments about the mustache. It’s not like I’m the first man on the planet to grow hair on his face. You wouldn’t know that by reading the comments below any video I’ve done or photo I’ve posted. The funny thing is that I grew it the first time as part of a challenge between the crew at my station. It was fun at first, but after a couple months, I was totally over it. It was constantly full of food when I ate, dirt when I rode, and snot after every time I blew my nose. I needed a pressure washer to get it clean at the end of the day. When I went to shave it, my wife told me not to. I was like, huh? She hadn’t said much about it, but it turns out she likes it and wants me to keep it. In fact, she told me she wants me to grow the ends out and curl them up, old-timey style! Ha-ha!

Now, I’m not sure what kind of weird fantasy she’s living out where she wants me to keep this thing. I don’t want to know. But when the weather turns and I get the first hint of a runny nose, this thing is gone. No way am I dealing with the slimy snot-fest that goes on every time I grab a Kleenex.