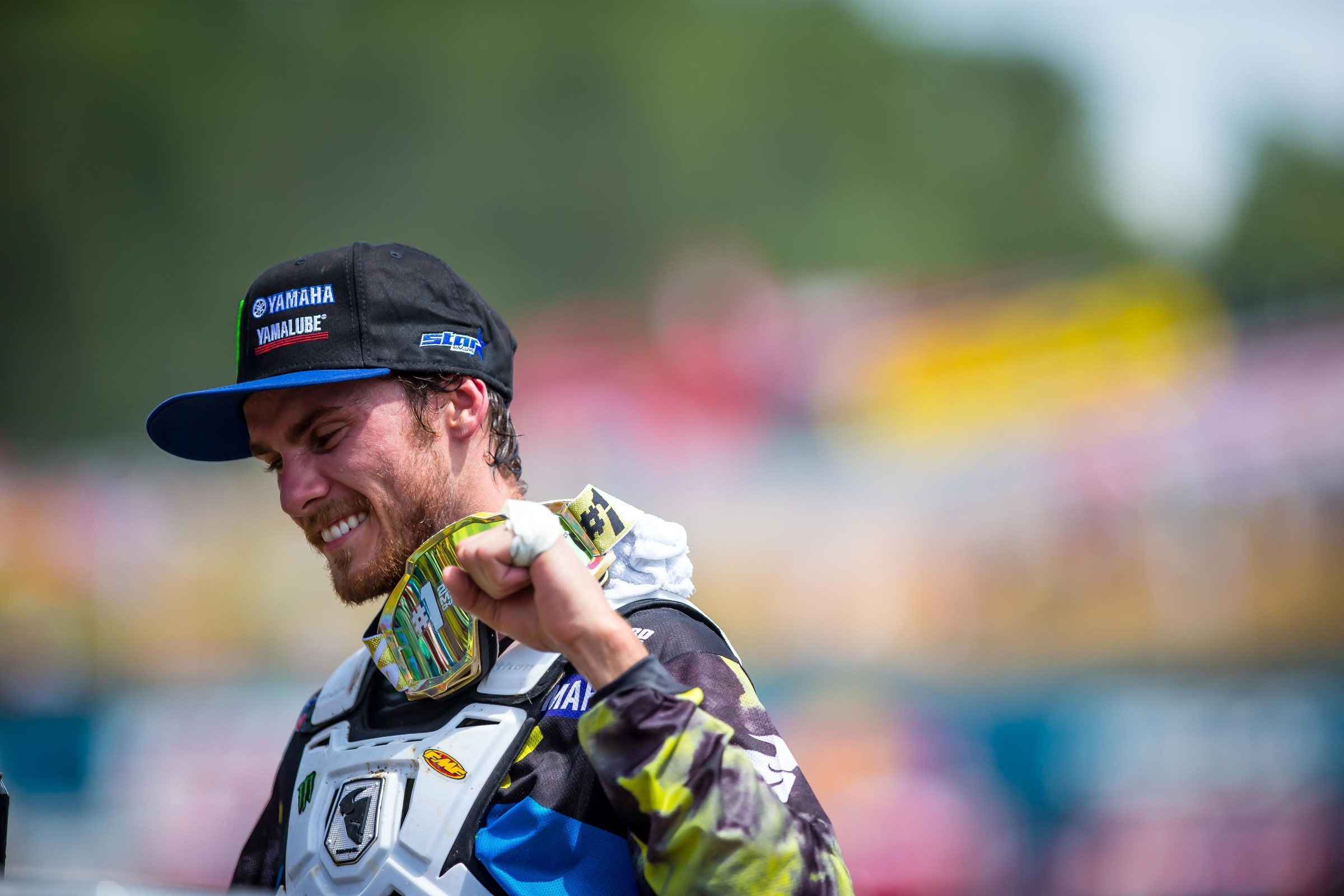 450 Words The Power of Saying Yes

Late in the 2014 Monster Energy Supercross season, Ryan Villopoto was at the zenith of his powers, pulling away in the standings while also operating on complete autopilot. There was zero joy in the process, but RV had become so good at winning that even while going through the motions, he was going faster than everyone else. Many fans didn’t like seeing Villopoto be the victor, get the spoils, and then shrug his shoulders. We’ve all envisioned hoisting a number-one plate, and we always imagined we’d be smiling when we did it.

I looked deeper, though. I had been covering the races for Ryan’s entire career. While it didn’t make much sense that he wasn’t happy while accomplishing his chosen mission, I did gain special appreciation for his willpower to get the job done. Through his career, RV clearly did the things he did not want to do. He didn’t want to train that hard or be that famous, but he did it to maximize his potential, his performance, and his earnings. Somewhere beneath that, of course, also laid a competitive spirit, but that was now hidden far beneath the surface.

I penned a story on this called “The Power of Saying Yes.” Ryan made himself say yes to when he wanted to say no, and now he has millions in the bank and history on his side. For every bench racing conversation about a rider who woulda, coulda, shoulda won had he just tried a little harder, you get to talk about Villopoto, who actually did.

Villopoto’s situation turned unique because he won so much. Even the never-retire warrior Chad Reed once told me that if he had ever reeled off four straight supercross titles, maybe he would have considered RV’s exit route as well. The thrill of the chase is what keeps many athletes going. Villopoto had nothing left to pursue. Ryan Dungey won three straight titles and retired young, and now “the sport is spitting these guys out” narrative is in full song, even though only two riders have actually retired early. In this era, the two riders who dealt with the most stress while winning the most titles are the ones who retired early. It’s not a coincidence.

Still, though, RV’s situation only brought light to a story we now hear constantly. The level of work now required to win, the length of the schedule, the travel, the demands on the riders—it’s a constant refrain. There aren’t any slackers at the top, and we’re continually served reminders that work equals success. The next supercross champion after Villopoto and Dungey is Jason Anderson, and while he refined his program this year to have a little more fun, no doubt he was still working his ass off, and I don’t think he really enjoys that. Anderson once told me that the day he retires, he’s selling his road bike. For now, this is just a job requirement.

Now we have a massive rookie class about to burst into the 450 class, and many other young riders hoping to move into the void of The Ryans. Anderson provides the road map—he made himself do the work he didn’t really want to do, and it paid off. Who from the next gen is willing to work at ridiculous levels? This is a question that will face all four rookies moving to full-time factory 450 jobs next year. That’s Aaron Plessinger, Zach Osborne, Justin Hill, and Joey Savatgy. All four have no doubt put in some serious work already, but every 250 rider later becomes a 450 rider who talks about how much gnarlier the big class is.

Plessinger is a perfect example. This year he was the man in the class. He had a baby coming, he found extra motivation, he redoubled his efforts, matured, and found more success. The data says a rider will have to work even harder to have that same level of success in the 450 class. Reading the personality of Plessinger, it’s clear he’s a Jason Anderson type. He’s doing the work because he’s supposed to. If he had a regular job that didn’t require training, he probably wouldn’t be signing up for a local triathlon on weekends just for the fun of it. Plessinger’s willpower to buckle down and get it done this year is impressive. Can he dig even deeper for the big class?

Further, Cooper Webb still waits in the wings, heading into year three of his big bike career with promise unfulfilled. Webb has already stated before that he didn’t take the increased competition and workload of the 450 class quite seriously enough in his rookie year. He might have been better in year two, but he got injured at all the wrong times, so we never got a full body of work in which to judge his season.

From what we hear, Webb will be moving to Red Bull KTM and the Baker’s Factory for 2019. You can now guarantee that some reporter will ask him about Aldon Baker at the Anaheim 1 pre-race press conference and ask how much leaner or fitter or better Webb feels now. But that’s not really fair to the Gareth Swanepoel program, which powered Webb to his 250 success, and now Plessinger to his. Clearly, Swanny knows what he’s doing. It’s not like all of these riders don’t have access to good trainers. The real questions will be answered not by trainers or support staff, but by the riders themselves. Success in the 450 class is going to require doing a lot of things that no one really wants to do.

Who wants to do those things badly enough?