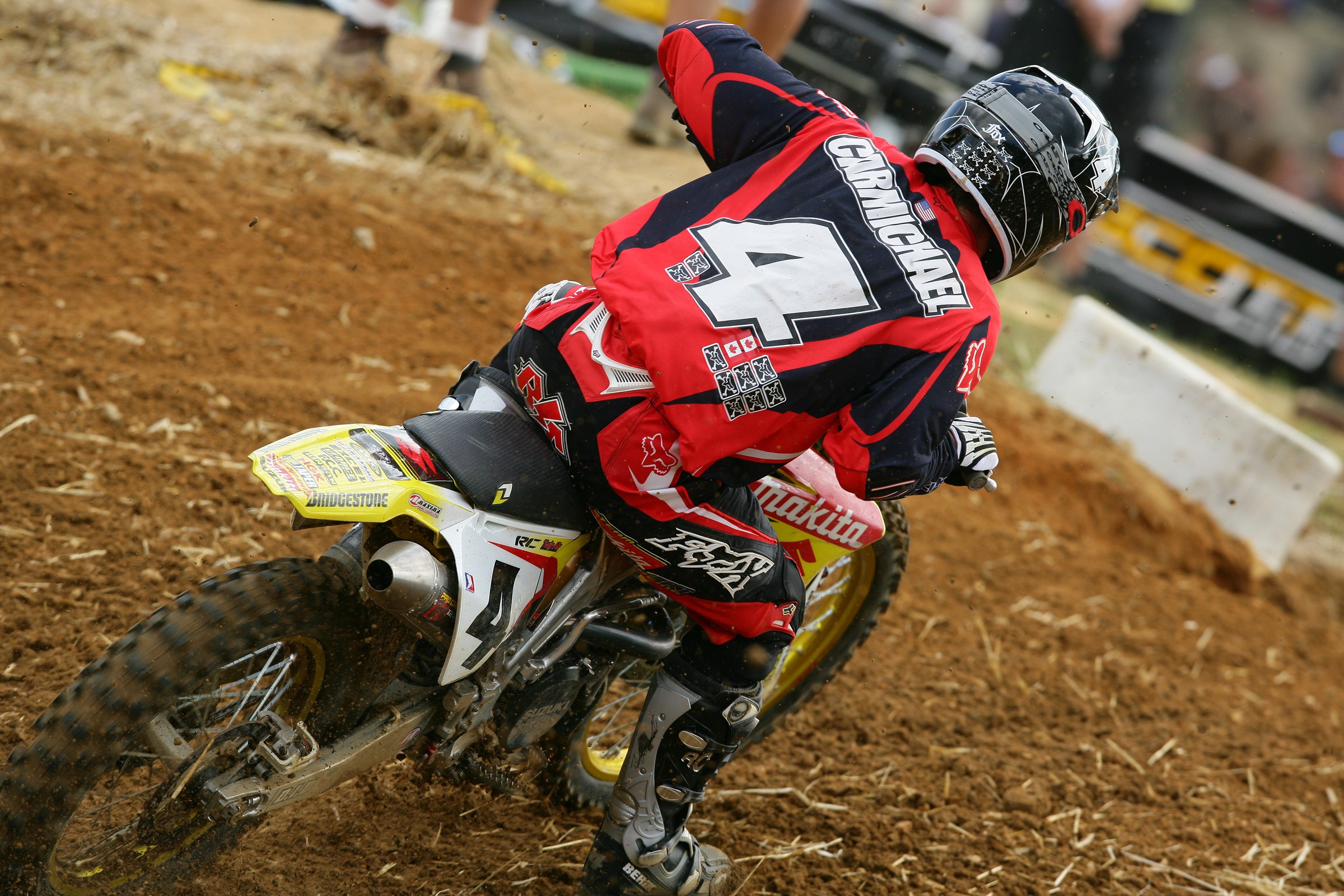 On This Day in Moto September 11

Team USA's Ron Lechien, Rick Johnson, and Jeff Ward dominated the FIM Motocross des Nations in France, with Lechien having one of the best races of his career to sweep the 500 class. Honda's Johnson did the job in the 250 class, and Kawasaki's Jeff Ward, who had not raced a 125 since 1984, won the 125 division, though he did drop the first moto to France's rising star Jean-Michel Bayle.

On a day that is not yet affiliated with infamy in U.S. history, Team USA was finally beaten at the FIM Motocross des Nations when an upstart British team, led by Paul Malin, Kurt Nicoll, and Rob Herrings, shook the world. U.S. riders Jeff Emig, Mike LaRocco, and Mike Kiedrowski simply did not have their best days, while the British (and particularly Malin) put in the rides of their lives.

At the Svrepec track in what is still Czechoslovakia at the time, the 1983 FIM Trophee des Nations was dominated by the Americans for a third year in a row, though this was the first time Team USA would involve bike brands other than Hondas. Yamaha-mounted Broc Glover won the first moto with Suzuki's Mark Barnett third, Honda's David Bailey seventh, and Kawasaki's Jeff Ward eighth. In the second moto, Team USA went 2-3-4-5, all behind the great Belgian Suzuki rider Eric Geboers. This time it was Ward, Glover, Barnett, and Bailey. In the overall tally, Glover was the individual overall winner, with Barnett second, Ward third, and Geboers fourth with 11-1 moto scores for second-place Belgium.

Makita Suzuki's Ricky Carmichael capped off his third undefeated season in four years by winning the final round of the AMA Pro Motocross Championship at Glen Helen on his RM-Z450. Carmichael swept both motos ahead of Honda riders Kevin Windham and Ernesto Fonseca. At this point, Carmichael was at an astonishing 27 straight overall wins. The last time he'd lost was at Washougal '03 to Windham. He would not lose an outdoor race until May 2006 at Hangtown.

And a mistake from yesterday, pointed out by Jaret Mansfied: Carmichael did lose one more MXoN moto after 2000—the opening moto at Budds Creek 2007, when he crashed in the first turn and came from last to third behind Ryan Villopoto, who was on a 250, and Chad Reed. Sorry for the bench racing error!

The 125 Class that day at Glen Helen was won by Monster Energy/Pro Circuit Kawasaki's Grant Langston over his young teammate Ryan Villopoto, though the race is more known for the infamous moment that title contender Mike Alessi took out points leader Ivan Tedesco and tried to keep him from remounting. Tedesco would take the title while Alessi would be DQ'd for his actions.