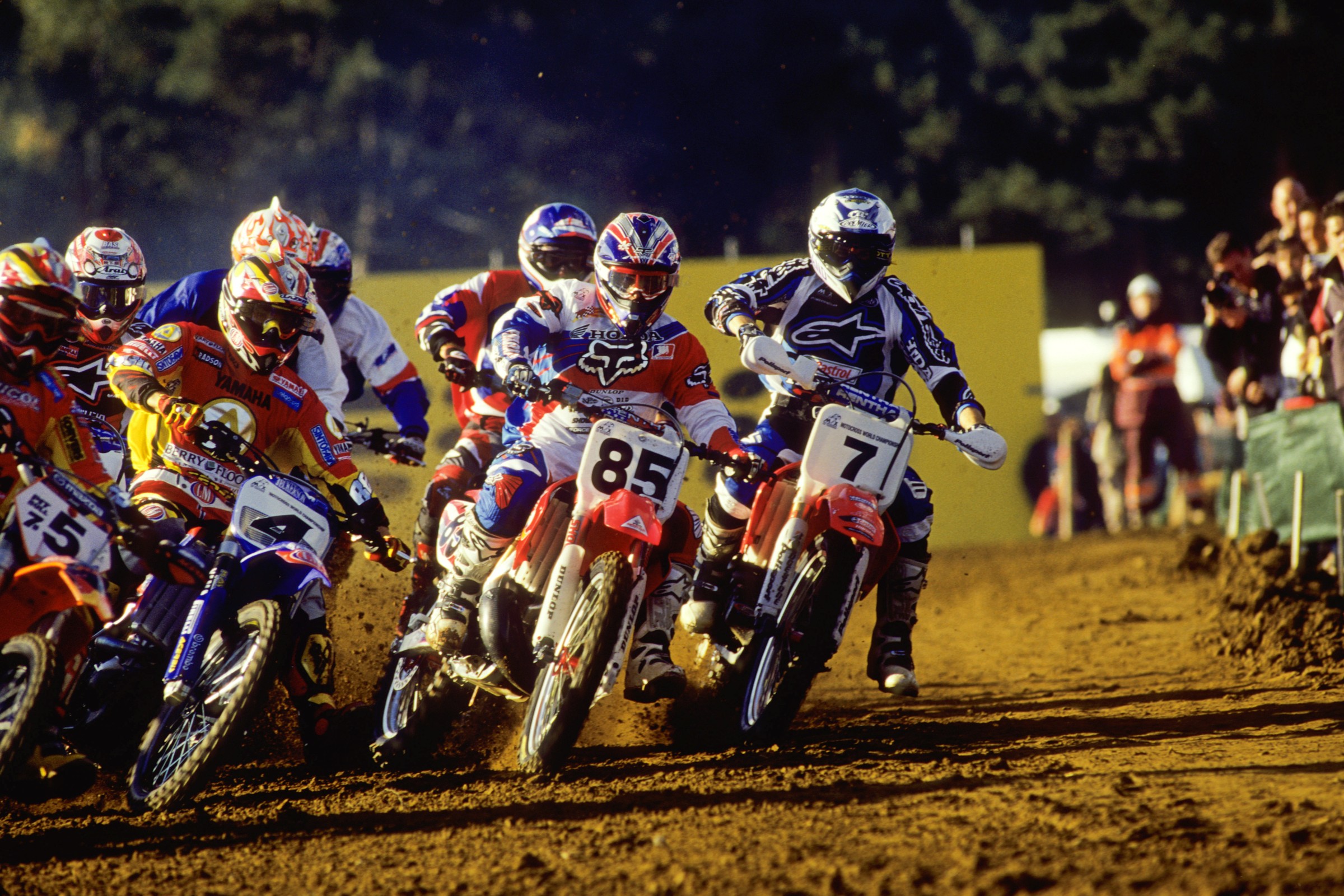 For a long time, I was kind of bitter at the Motocross of Nations.

You know what? In some ways I still am. My skeptical self looks at this race, where so many wrap themselves in a flag, where teams spend thousands and thousands to race and don’t look around at who is really profiting all under the name of nationalism, and I’m still bitter. I mean, I get the idea of the race, it’s really cool, but it’s starting to get—or maybe it’s already there—where it doesn’t make fiscal sense for the countries anymore.

But that’s another column for another day.

One year, 1994 to be exact, they didn’t do it. Great Britain broke the streak, and now it was on. There would be a battle each year to get back on top (if you were the USA), or it was ABUSA (anybody but USA) if you were rooting for one of the other countries. People from outside the U.S. can deny this in the comments below, but I’m not hearing it. The majority of the fans at MXoN want USA to lose; Team USA is the New England Patriots of this race. Lot of supporters, but more haters.

As my life went on, I continued to cheer for Canada (and the USA) when this race came around. Somehow, I became a mechanic on the circuit and got a factory job at KTM and then a job at factory Yamaha. I mean, seriously? Me? A factory mechanic? That’s pretty cool.

Continuing this string of amazing events, my rider Tim Ferry got selected to the 2003 Team USA squad. The team would go to Belgium to try and get the Chamberlain Trophy back. Since the amazing 1981-’93 win streak, the USA had won this race only twice, and the prior two years to 2003, the U.S. hadn’t sent a team. How’s that possible? It was just a weird time, everyone, okay?

So Team USA was back, and I was going to wrench for the team at the Motocross of Nations! This was amazing and an honor. I felt like this was a big deal, right?

The other riders were Ryan Hughes and Ricky Carmichael. For Ferry, and Team Yamaha, the plan was for myself, Cory Hutter (suspension guy), and Gothic Jay (helper) to go. We were to meet up with the famed Rinaldi Yamaha squad who would help us out all weekend.

Landing in Belgium, we met up with the Rinaldi guys, put the bike together, and were to meet up with the rest of the Team USA guys at Lommel on Thursday before the race to break the bikes in and shake everything down.

Time has robbed me of my exact memory of whether we were late or not, but when we got to Lommel, Team Honda and Carmichael were just wrapping up their practice and Hughes was nowhere to be found. USA team manager Roger DeCoster came over and spoke to us a bit, but when Carmichael and the Honda guys split, so did he! That was weird. Anyway, Ferry rode the bike, we swapped the motor out to make sure the spare was good, and called it a day. Back at the hotel after dinner, I saw DeCoster in the elevator and asked him about where we can get our passes for the race and he asked who I was with! He didn’t seem to know I was actually Ferry’s mechanic. This weekend was turning out weird already.

At the race, I barely saw Hughes and manager Larry Brooks—they were over in some garages with the rest of the KTM crew. Honda had rented a huge box van-type thing and backed that up to pit stall, and they all worked and stayed in there like some nesting chickens. We were pitted not far away, and I think one of our main goals for Team Yamaha was to keep our stuff from being stolen. DeCoster was pretty much a ghost all day; I remember thinking that this was hardly a team atmosphere that I had imagined it to be. I did see and talk to some guy named Davey Coombs there, though!

The race came, and you guys all know the story. It was the only time in history that the MXoN ran a one-moto format, and we lost. Ferry came into the pits around lap three of the very first practice and said he hurt his thumb in a small crash. It was a ligament injury that held him back all day and later required surgery. In the race, with the busted thumb, he crashed 14 times (I think) but salvaged an eighth (or so?). The temperature drop from the start of the race to the end was something I’d never seen before, it must’ve been 20 degrees and my motorcycle—which was jetted fine to start—coughed and farted due to being lean almost the entire second half of the race. Oh yeah, and Hughes broke a chain somewhere early in the race. It was pretty bad for Team USA.

It was only because of Carmichael riding the nuts off of his CR250 to catch and pass Stefan Everts to win the race that USA ended up second on the day. It was a great ride, but then again, what did you expect from Carmichael?

We got second and no one was happy. I remember at the trophy presentation thinking that we were lucky to have gotten second (I think only two of the three rider scores counted, so Ferry, riding with the bad thumb, actually gutted out a score that we used). Packing up was pretty much silent (maybe not at KTM, but again, I literally saw them before the gate drop and then never again) as the Honda guys seemed pissed. Ricky also seemed pissed, and Red Dog was a hurting dog from the thumb and crashes. At that moment, I thought that this race was not much fun at all. Imagine the work that went into it and then hating life at a second. That was where Team USA was at in 2003. Apparently this race scarred everyone, as USA didn’t even field a team the next year. I guess the stink still hadn’t worn off our performance!

Later on, as I traveled to these races to cover them for the media, I’ve recognized that look as Team USA continues to have the top spot on the box elude them. The riders are angry, sour, and not in a good mood. One year I thought Dan Betley was going to punch someone after the race, he was so mad. It’s very much a déjà vu for me, and in these moments, I completely understand.

Years have passed, and even though I’ve been in the USA longer than I lived in Canada, I don’t have a cheering interest in this race. I’m there to cover it, and when I see fellow media members lose their minds and all impartiality at this race, I have to shake my head. I’m happy if I have some friends that do well, but in the end, it doesn’t matter to me who wins and loses this race. I’m there to report on everything—the ups, the downs, and the drama.