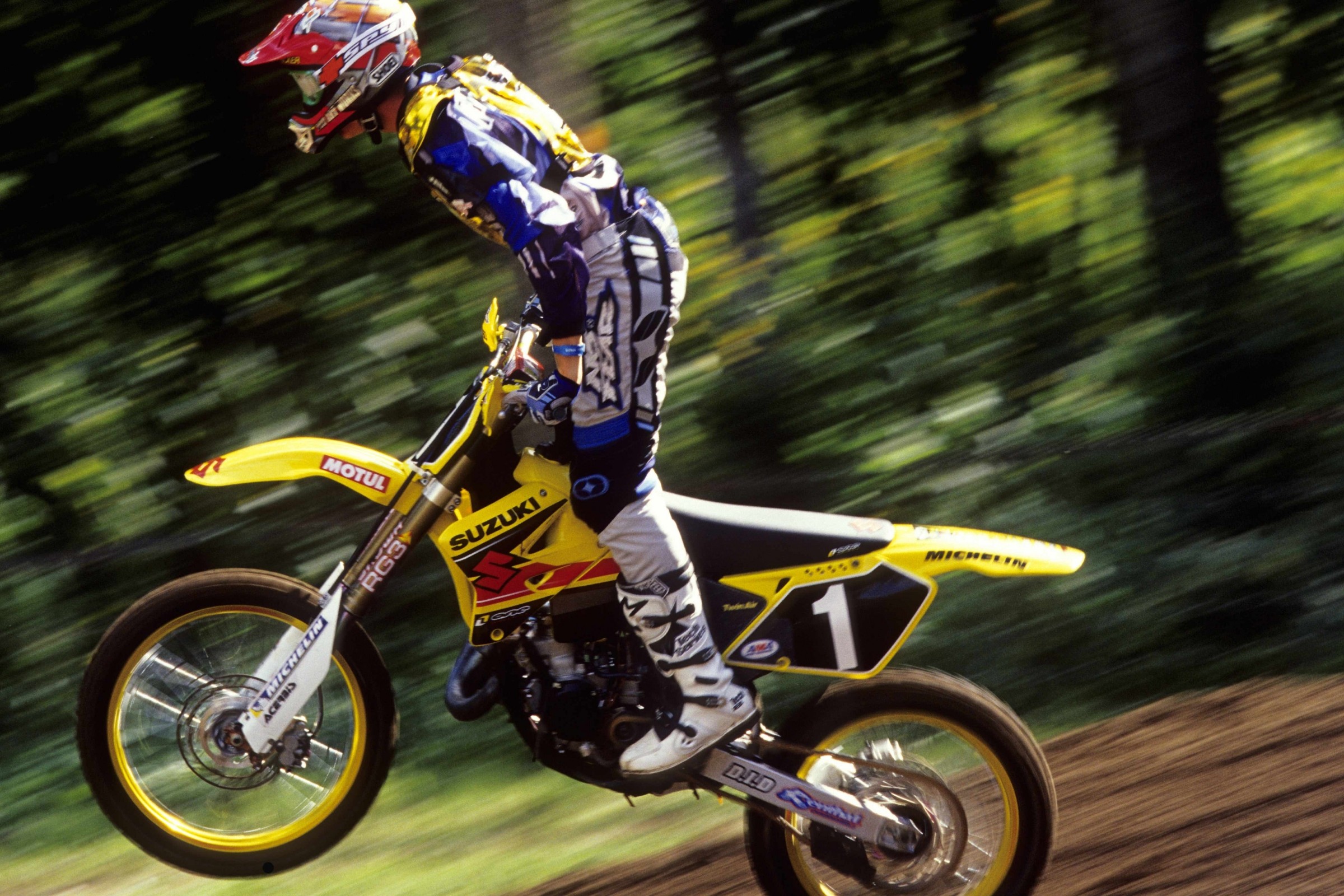 It really makes no sense at all. Travis Pastrana, as a pro rookie, won the 2000 AMA 125 National Motocross Championship. A year later, he had already won his last professional race. During a tumultuous 2001 125 season, Pastrana, Grant Langston, and Mike Brown slammed each other on and off the track (weekly!) and battled through injuries, bike problems, and more.

That season is most remembered as the one where Langston lost the title due to a broken wheel in the last moto, but it also marked Travis' last title shot as a racer, as a huge crash and concussion suffered while leading at Unadilla marked the beginning of the end. He'd have flashes on a 250 in supercross the next year, but would never win again.

Last year, we called Travis for his recollections on the 2001 season as material for a longform story on Racer X Online titled "Fight Club: Pastrana, Langston, Brown and a Title." We held onto the audio recording of his interview, and it's the subject of this week's Racer X Exhaust podcast.