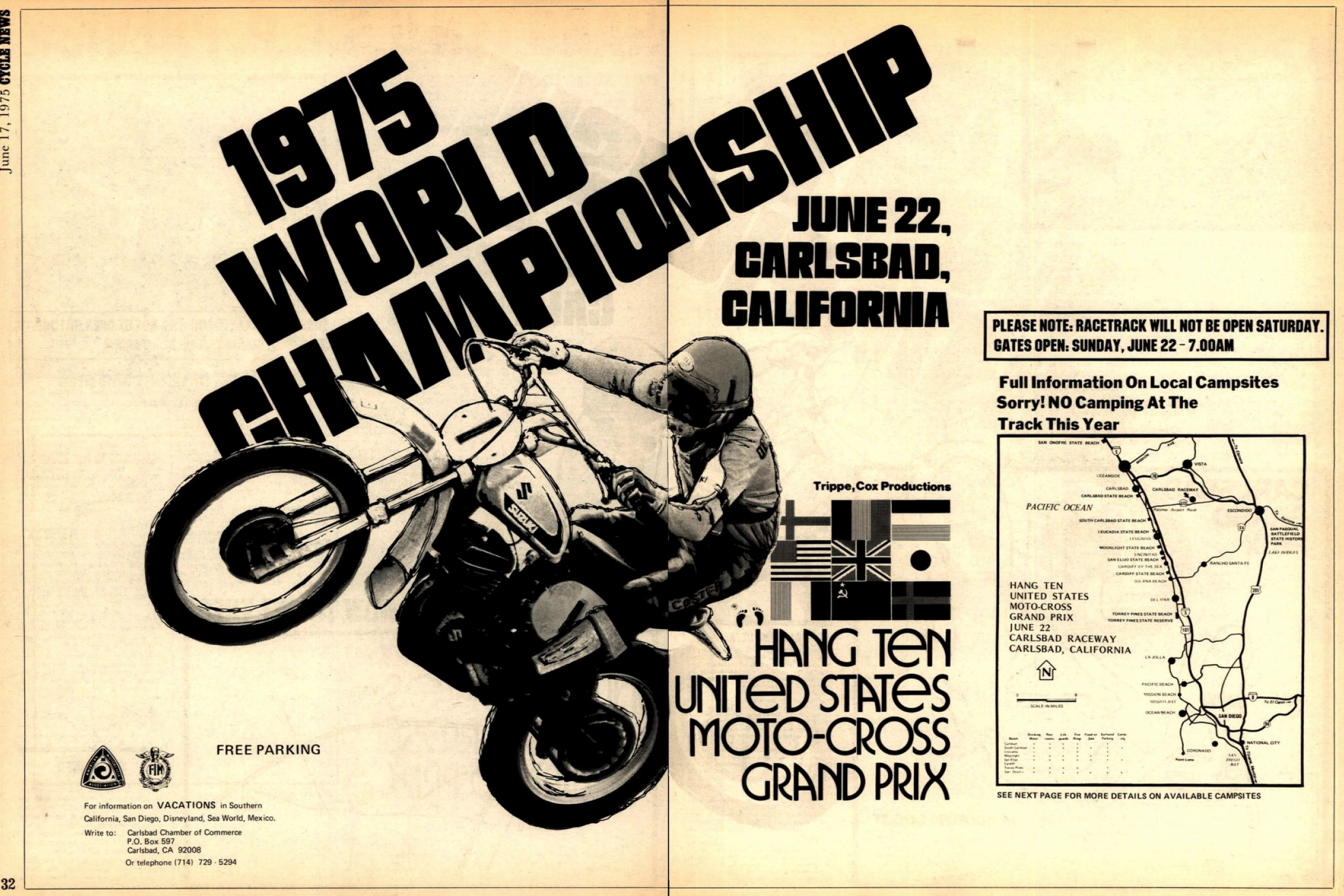 On This Day in Moto June 22

How big of a motocross star was Roger DeCoster? He did not win the U.S. 500cc Grand Prix of Motocross at Carlsbad—his Suzuki teammate Gerrit Wolsink did, for the second year in a row. The Dutch dentist went 3-1 while his teammate DeCoster finished 2-9, but it was "The Man" who ended up on the cover of Cycle News! Andy Hayt shot this iconic photo.

Here's some footage of the event:

Frenchman Jean-Michel Bayle put an emphatic exclamation point on his 1991 AMA/Camel Supercross Championship run with a win at the Los Angeles Coliseum. Bayle, the factory Honda and two-time FIM Motocross World Champion who Roger DeCoster brought over from Europe, would win eight rounds of the 18-stop series and clinch it at the 15th round at the Meadowlands in New Jersey. His teammate Jeff Stanton, a two-time SX champion at that point, would finish second, with Kawasaki riders Jeff Matiasevich third and Mike Kiedrowski fourth.

In one of the most shocking upsets in motocross history, LOP Yamaha privateer Marty Moates became the first American to ever win the U.S. 500cc Grand Prix. Moates did it with a 1-1 sweep. It was the one and only win of his journeyman career. Marty, who was born and raised in the area, simply ran off and hid with both motos. Fellow U.S. rider Danny LaPorte finished second overall with 3-3 scores. In the 250 Support class, Suzuki rider Brian Myerscough won.

And here's a trailer for the documentary Todd Huffman made about the race called The Carlsbad USGP: 1980.

In his first visit to Southwick MX-338, Ricky Carmichael won the first of what would be a record ten wins at the same rough circuit. He was the pudgy #70 on the Pro Circuit Kawasaki going after his first title. RC visited The Wick 338 11 times over the course of his career, winning aboard a KX125 Kawasaki, a KX 250, Honda CR250, Honda CRF450, and, finally, a Suzuki RM-Z450.