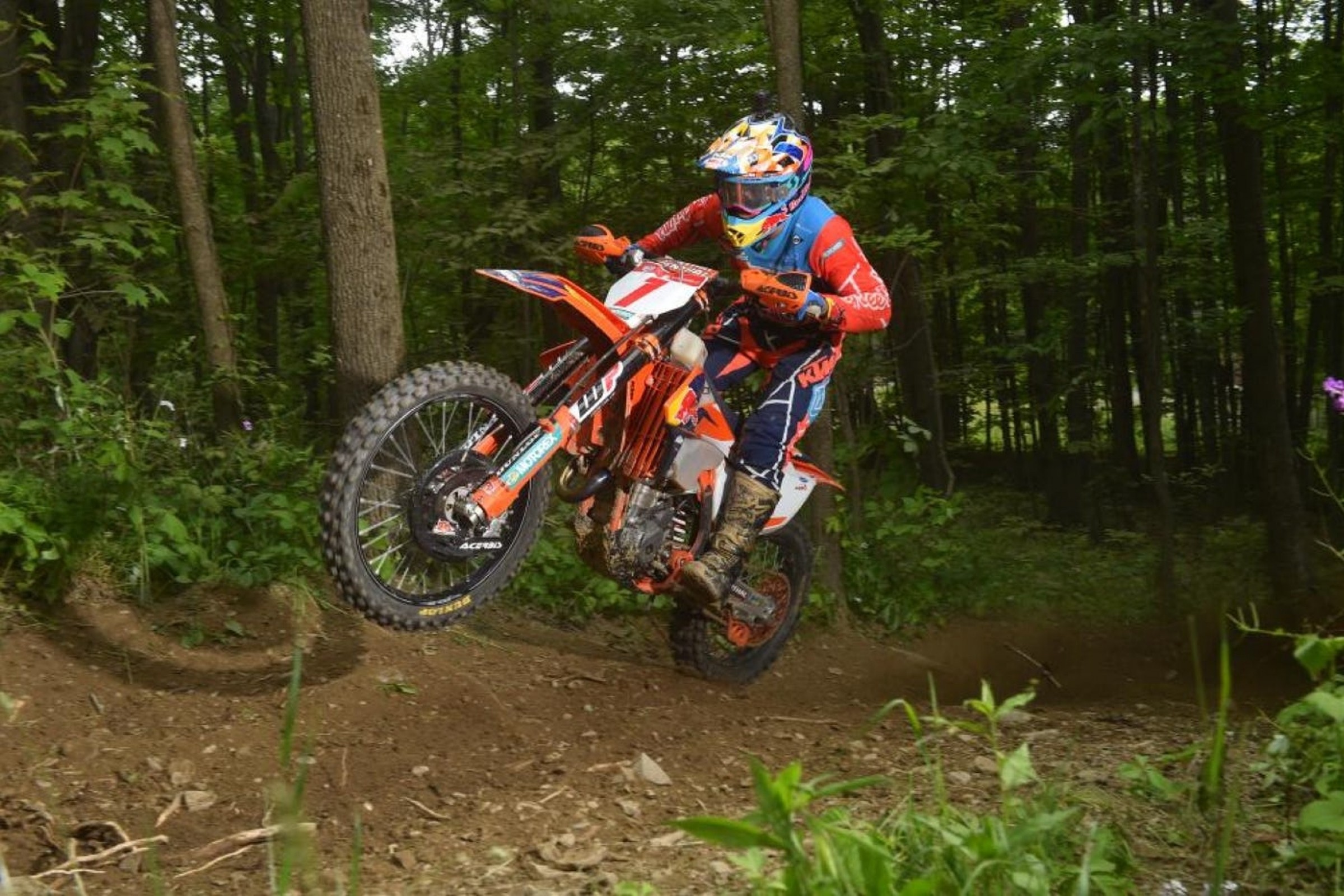 3 on 3 Kailub Russell on GNCC Racing

In eight races, Kailub Russell has six wins and zero finishes off the podium in this year's Grand National Cross Country Series. Even more impressive, he broke the championship's all-time win record at Ironman last year. We talk to the defending champ and current points leader about his season so far and what it takes to dominate in the woods.

1. A lot of these races are coming down to the last lap, or even the last turn. Talk about the fitness part of that. How gnarly is it? What kind of shape are you in compared to a few years ago?

Kailub Russell: A lot of it is really dependent upon the track conditions and the weather. So sometimes it's super demanding and draining, and other times it's rather easy. I have built up a pretty solid base over the last five or six years, but it seems like every year, I find small improvements in areas of my fitness.

2. When you're in a battle that lasts that long, are you just riding your own race and pace, or are you keeping an eye on others and plotting out a strategy?

Yeah, the battles the last couple years have been intense. I'm the type of racer that is always strategizing on the fly and coming up with what I think is best to do in the moment. Sometimes I get out front and just ride my own race and try to keep them behind me, and other times I find it better to sit back and follow and figure out where I'm stronger and make a plan to try and get the lead before the last lap.

3. When you win or lose, what do you think makes the difference?

Really, the difference between winning and losing is being in the lead the last lap. It's super difficult most of the time to make a clean pass at the speeds we're going at a lot of the tracks right now. If it's muddy, it is a lot easier to get a line figured out and make a move. We also have to deal with lappers that are completely worn-out by that part of the race, and they like to stop in the middle of the track! So that's a lot to deal with while you're trying to hold the lead or make a pass in the most important part of the race.