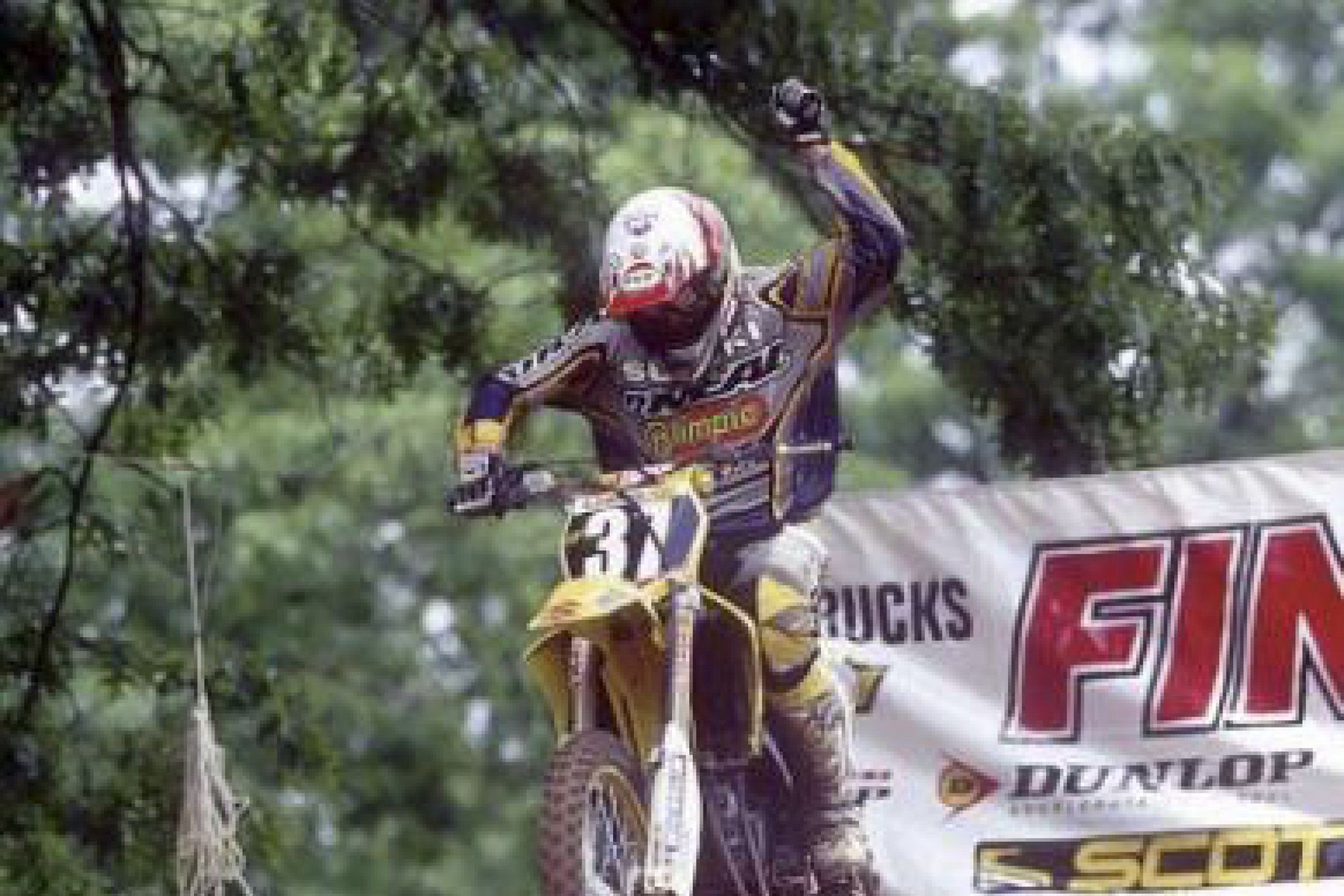 On This Day in Moto June 9

On a crazy day at Southwick, 125cc title combatants James Stewart and Chad Reed both have disastrous days. The rookie Stewart seized an engine on his Kawasaki KX125, and the new-to-America Reed dislocated his shoulder on his Yamaha of Troy YZ250F. The overall winner was Danny Smith of the Blimp Suzuki team. Sadly, earlier in the week Smith had lost an older brother to a construction accident, and he dedicated the win—the only outdoor national win of his career—to the brother he lost. Smith won with 1-5 scores to Team Honda's Ernesto Fonseca's 5-2 and Factory Connection Honda's Travis Preston's 3-6.

At the 125cc Grand Prix of Yugoslavia (a country that no longer exists) Italy's Corrado Maddii raced his Cagiva (a motocross bike that no longer exists) took the overall win. Finishing second was 16-year-old Honda rider Davey Strijbos, with Finland's Pekka Vehkonnen, also on a Cagiva, and the eventual '85 125cc World Champion, finishing third.

That same day in the 500cc World Championship in Spain, Honda's defending champion Andre Malherbe went 1-1 to take the overall win from Kawasaki rider Georges Jobe and Malherbe's Honda teammate David Thorpe from England. The race was something of a dustbowl, as you will see in the video below:

In Genk, Belgium, Suzuki rider Stefan Everts won in his home country while on his way to what will be the first of his record ten FIM World Motocross Championships. Everts went 2-1 to top French rider Yves DeMaria. Everts' title combatants Bob Moore and Pedro Tragter each do well in one moto but DNF the other. And defending 125 World Champion Donny Schmit was out after getting hurt in Yugoslavia at the previous round.