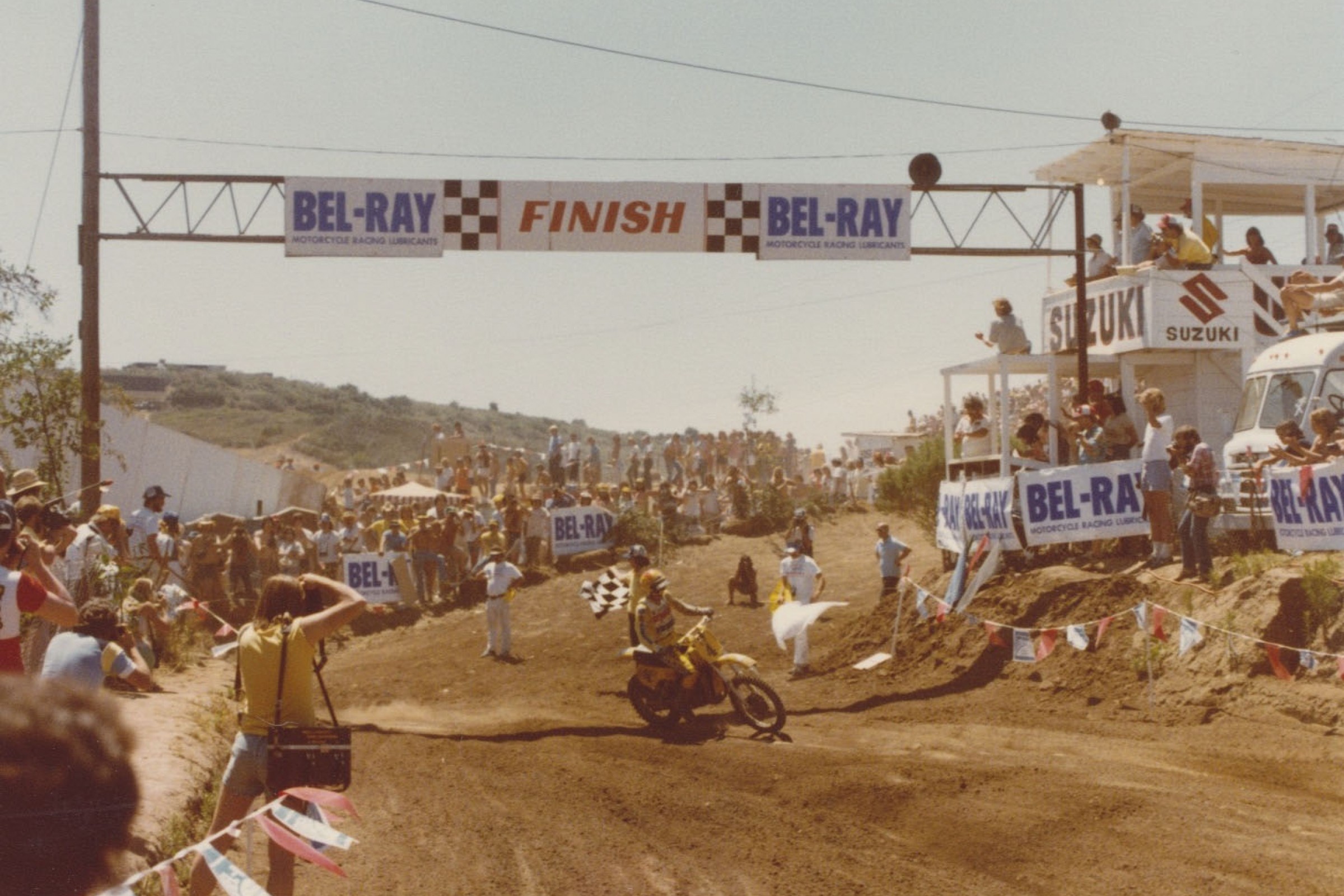 On This Day in Moto June 10

In one of the darkest—literally—nights of AMA Supercross history, the lights at Sam Boyd Stadium in Las Vegas failed just before the start of racing. A long delay gave time for a simmering rider revolt to rear its head. The lights never come back on, and several top riders—including Team Honda's Jeremy McGrath, who had already clinched a third straight title, and Kawasaki's Mike Kiedrowski and a few others—decided that the portable lights brought in were not enough, though several others—led by Yamaha's Jeff Emig and John Dowd, Suzuki's Greg Albertyn and Sizzler Yamaha's Larry Ward—decided that it was okay.

"The fans came to see a race and I don't want to let them down," said Emig that night. He would end up winning what turned out to be the first AMA 250 Supercross main event of his career, though the asterisk next to it was big and real; without McGrath in the race, it didn't mean as much.

More to the point, the series promoters seemed to get the message loud and clear. Led by PACE Motorsports Gary Becker and Charlie Mancuso, real changes were made to make supercross more welcoming for the riders and worthier for the teams, including a unification of all of the separate promoting entities (besides Daytona) under one roof, making things more consistent and seamless in regard to how the series was conducted as a whole.

As for Emig, he got the asterisk lifted in a very big way one year later when, after 13 straight defeats at the hands of McGrath, he finally got his second win—and this time over Jeremy himself—at the 1996 St. Louis SX, basically his hometown race. One year later, he would dethrone McGrath (now on Suzuki) as AMA Supercross Champion. Jeremy would come back and win three more titles, cementing himself as the all-time King of Supercross, but Emig can still look back on that "night the lights went out in Las Vegas" as a step in the process that led to him being the one man between 1992 and 2001, besides Jeremy McGrath, to be AMA Supercross Champion.

Ward and Dowd were second and third in the 250 main.

And almost lost to history with the peculiar events that were to follow was the 125 main event, which was also run after the nearby transformer blew that caused the power outage, and shortened from 15 laps to 10, won by Pro Circuit Kawasaki's Ryan Hughes over Suzuki's Damon Huffman and Ryno's teammate David Pingree.

For the fifth time in six years, Suzuki's Gerrit Wolsink won the 500cc U.S. Grand of Motocross at Carlsbad Raceway. Wolsink, the overshadowed teammate of five-time FIM World Champion Roger DeCoster, somehow mastered the hard-pack, slick, rough, and treacherous Carlsbad track, despite coming from a background of racing in the sands of the Netherlands. Wolsink, who was also studying to become a dentist, won a total of 12 Grand Prix events in his entire career, five of which came on ABC's Wide World of Sports at the USGP.

In the 500 Class Yamaha's Pierre Karsmakers won, with Suzuki rider Mike Runyard second and Husqvarna's Brad Lackey, home for the weekend for the 500cc World Championships in Europe, third.

Meanwhile, over in Europe, in the 125cc European Cup (not officially an FIM World Championship) Tarao Suzuki, riding a special Yamaha prototype, won both motos in Denmark. Second would go to Belgian rider Gilbert DeRoover, riding a Husqvarna.