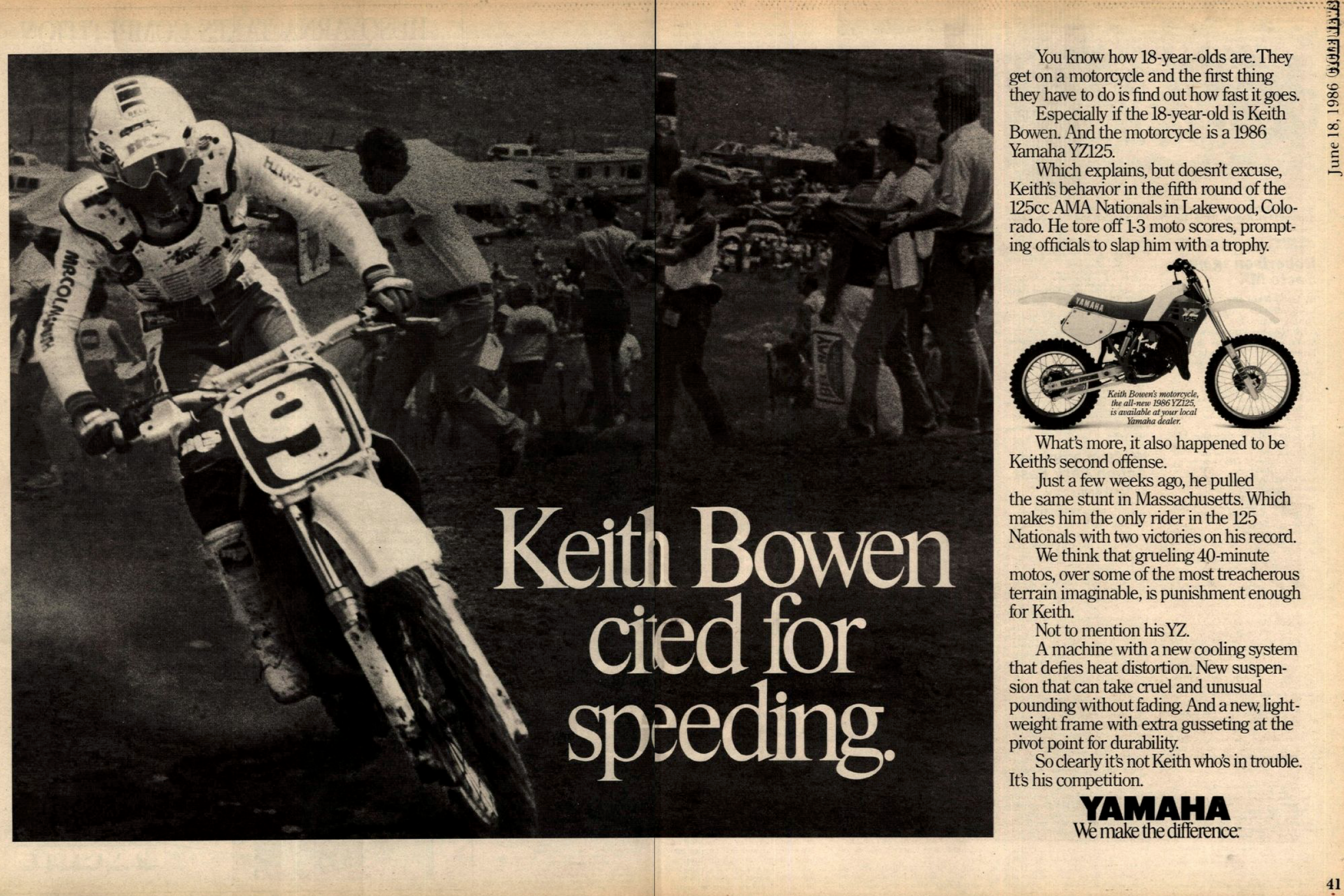 On This Day in Moto June 1

Suzuki's Tony DiStefano won the AMA 250 National at Omaha Moto Park in Herman, Nebraska, leading Can-Am's Jimmy Ellis and Honda's Marty Smith across the finish line. The track would be a staple on the AMA circuit from '75 to '79, hosting both nationals and Inter-Am races. As a matter of fact, the '75 Inter-Am race, which took place on July 13, also hosted a 125 National as the support class for the once-proud series. Marty Smith, primarily a 125 rider from from '74 through '76, won that race. The 250cc winner? Once again, Tony D.  (Cycle News' coverage of the '75 Omaha National was written by none other than Jody Weisel of future MXA fame, who used the headline "DiStefano defeats foes in cornfield caper.")

Here is a shot of 17-year-old Marty Smith winning a moto in Nebraska, shot by Jody Weisel for Cycle News.

And how about this young whippersnapper who was winning local races in the Midwest around this time aboard his Monark—the bike that used to belong to Smith before he went to Honda!

[Scott Wallenberg is our long-time publisher here at Racer X!]

The last year before RedBud moved to traditional July 4 weekend for good, a 250/500 National was held there on the first day of June. Honda's Steve Wise won the 250 National over Suzuki's Kent Howerton and Kawasaki's Larry Wosick in extremely muddy conditions.

In the 500 Class, there was a huge upset as 450cc "MegaForm" Maico-mounted Denny Swartz of Marietta, Ohio, went 1-4 to snatch the overall win from Honda factory rider Chuck Sun and Suzuki's Marty Smith. This marked the one and only professional win for Swartz, as well as the last AMA win ever for Maico.

How muddy was RedBud 1980? Check out what awaited Team Suzuki's Darrell Shultz—a foot of water just a foot off the starting gate! Young Tim Ritchie must have left his dozer home that day!

Kawasaki's Jeff Ward won the Colorado National at the old Lakewood Sports track with a 3-1 score to top the 1-3 of Honda's Rick Johnson and the 2-2 of RJ's teammate David Bailey. Yet another Honda rider, Johnny O'Mara, placed fourth ahead of Kawasaki's Ron Lechien. Johnson's runner-up finish was enough to clinch the 1986 AMA 250cc National Championship, his second to date but first for Honda.

In the 125 Class, Yamaha-mounted Keith Bowen got the overall win ahead of Honda's Micky Dymond and Honda Support rider Larry Brooks.

And check out this ad for the success of "Hammering'" Hank Moree, today the host of The Bullet GNCC at Society Hill, South Carolina.