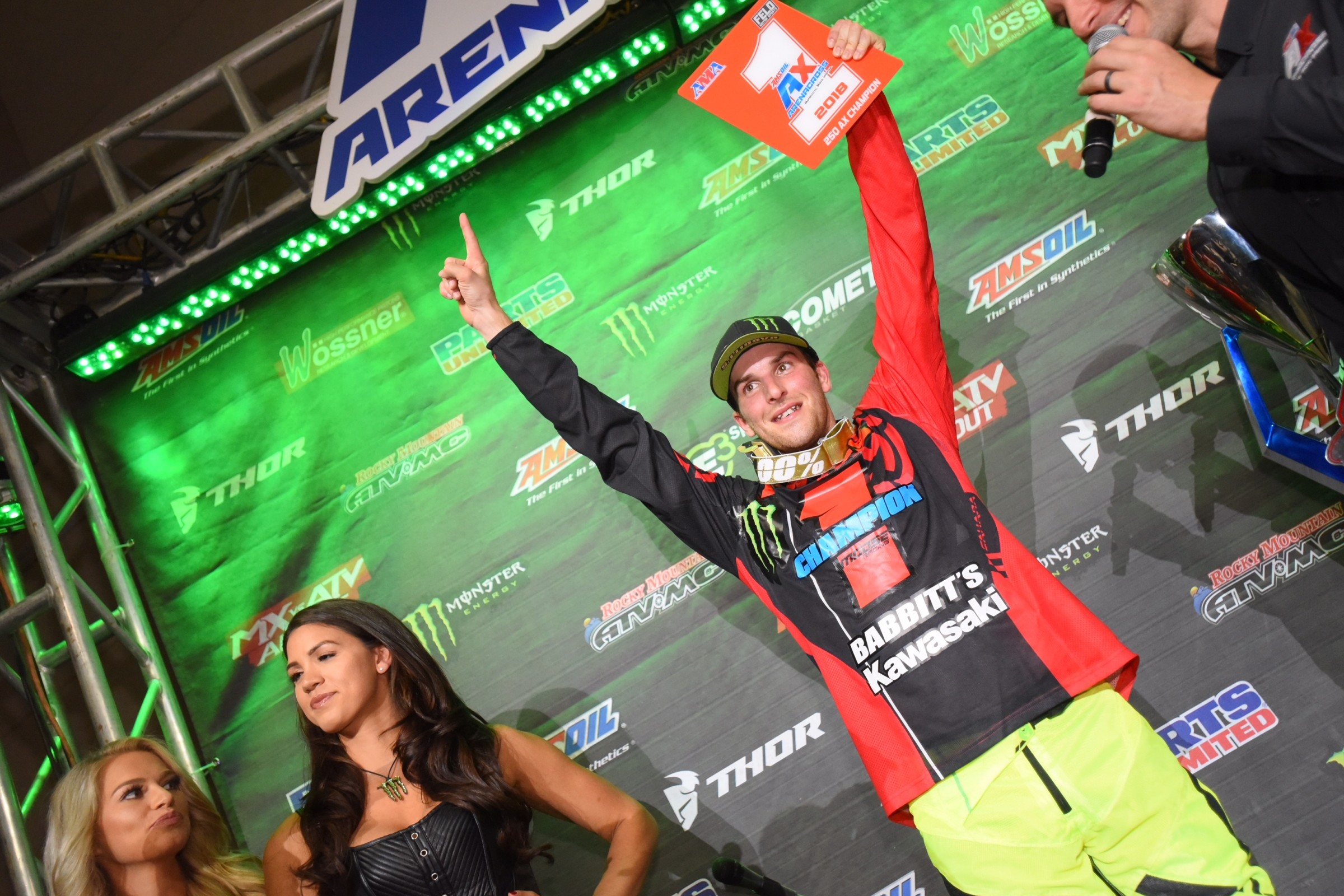 Exhaust Podcast Jacob Hayes and the Future of Arenacross

Arenacross riders are animals. They ride hard, they bang bars, they take each other out, then they smile, shake hands, and move on. As an amateur, Jacob Hayes was a top Kawasaki Team Green prospect but didn't get the big factory ride he hoped for when he turned pro, so he took a chance on arenacross and found a home.

He fits right in because he's a little wild, a little crazy, and really fun to hang out with and talk to. But he's always had the dream of racing supercross, and now he will have to make it a reality, because Feld Motor Sports announced that Amsoil Arenacross is no more . Can Jacob prove himself at the top level? He thinks so, as he explains here.

We also talk poking The Bear (Tyler Bowers), taking girls on dates in a windowless moto van, and why arenacross rides don't even flinch at the type of riding that gets supercross riders super angry. Jacob Hayes is one heck of a personality, and he could be coming to a supercross near you. The Racer X Exhaust Podcast is sponsored by Yoshimura.

Subscribe via iTunes or your favorite podcast app by searching for the Racer X Podcast Network. It's also available on the Racer X Illustrated YouTube channel and  Google Play Music and is coming soon to Spotify.