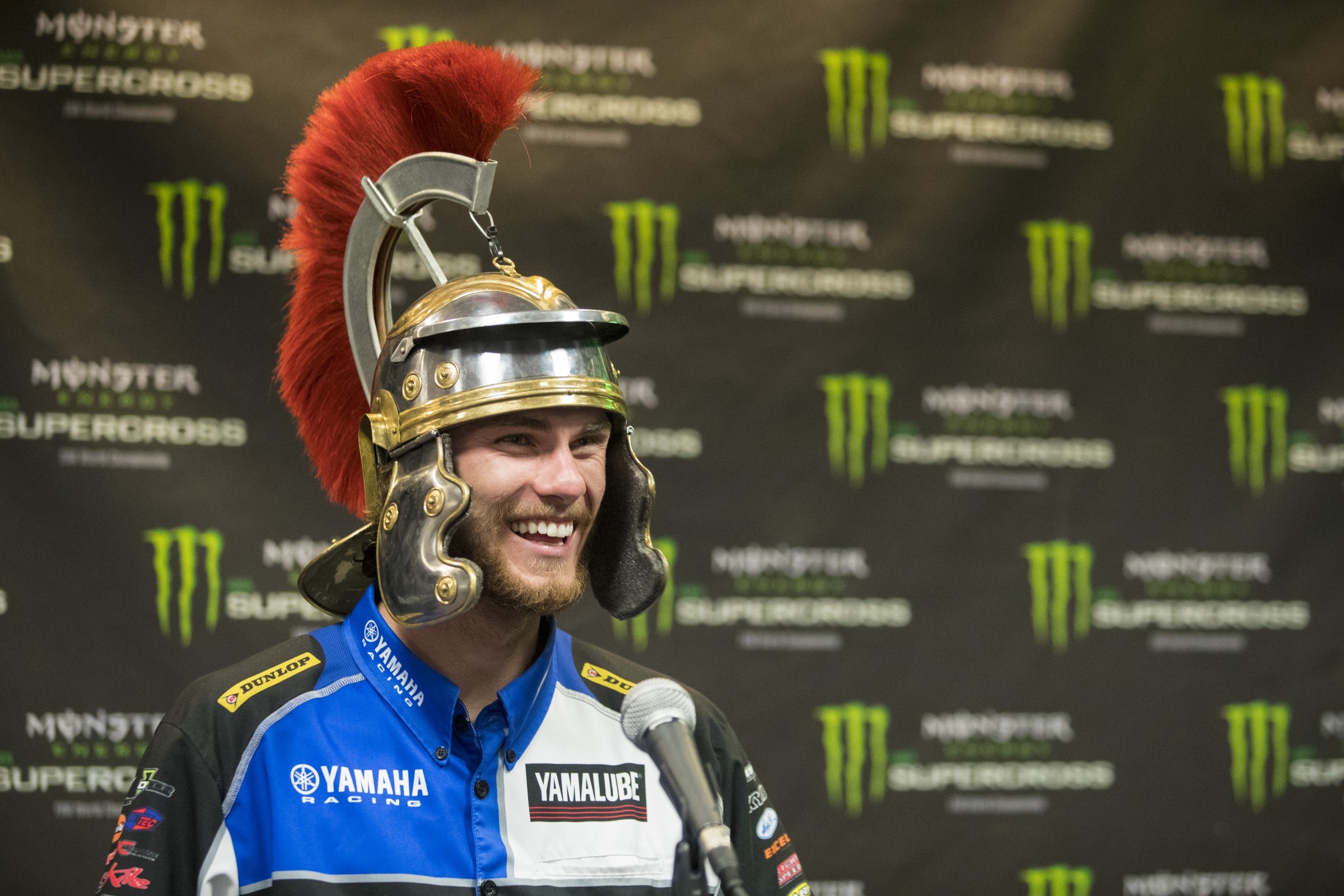 Does AP23 ever get serious? Does he ever get nervous? What about trying to win a supercross title while also popping the question to his girlfriend? Maybe that would make him sweat? Nope.

There was a time when Aaron didn't even expect to race supercross, let alone win a supercross championship. He was raised by a woodsman—his dad, Scott, a multi-time Grand National Cross Country Champion. While Aaron also showed some speed and potential on the motocross track, his path seemed to head toward the trees until he changed up his training program, put more focus on moto, and suddenly his results exploded. Five years later, he's holding a number-one plate.

Aaron sat down with us after clinching the 2018 250SX West Region Supercross Championship and just kept smiling and laughing. Dude's not stressed!