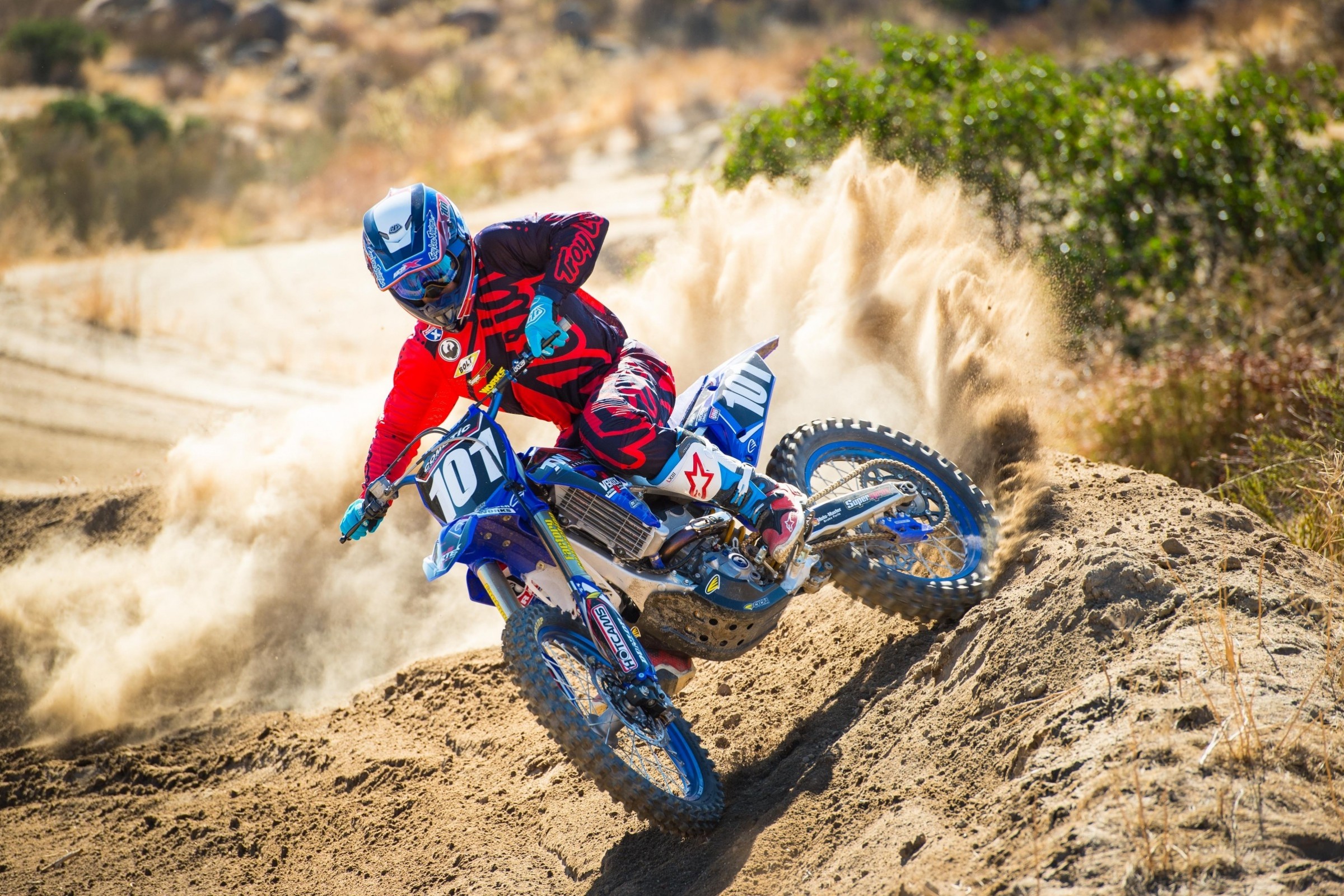 After a mud race like Seattle, I could not help but wonder how much of the bike the factory teams just plain old junk when they get it back to the shop. I assume chains, fork seals, gaskets, o-rings etc. are all junked, correct? What else is junk after a mud race like that?

Also, what do they do with the bad parts—throw them away? Or are the chain’s given to some local SoCal hoodlum so they can fab up a Flava Flav replica necklace? Maybe the factory teams could pull the top secret parts off the bike and then sell the whole thing (mud and all) to the street heroes of Baltimore so they can ride some insane wheelies down the freeway.

Thanks for your wisdom,

Mud races are the biggest travesty in our sport, in my opinion. These race bikes are works of art with countless hours of testing, development, and love poured into them. To turn them into swamp buggies and thrash them the way they get thrashed is sacrilegious. Having said that, bikes will get torn all the way down to the frame and cleaned thoroughly after the weekend, so they will still look nice heading to Minnesota. Depending on how bad they got beaten up, teams will replace many of the internals and start over as we head into the rest of the season. Many teams will allot two bikes per series, and this would be as good a time as any to switch to the new chassis and start over. The bad parts get tossed and/or given to fans. Those Baltimore fellas steal all the bikes they need, so giving anything to them would be pointless. Besides, they can wheelie better than any pro motocross racer I’ve ever known, so screw those guys.

After having spent a little time on the Altas, have you any predictions with regard to the future “Wad Probability” of the e-bike revolution? Whether proven or not, it is generally conceded that four-strokes have led to more crashes and increased injuries for a variety of reasons, one of which is rideability. When you ride the e-bikes, have you considered how the average weekend warrior might adapt?

Something tells me these things could be dangerous in the hands of us.

Electric bikes are actually easy to ride. They have a light, compact feeling and the power can be easily adjusted and moved around to suit any rider. The only thing that concerns me is the lack of clutch. The first time some nerd grabs a handful of alternating current and stands the front end up too high, he’s going to reach for a clutch lever that isn’t there and proceed to rip the back fender off and face plant into the dirt. I’m not worried about turns, jumps, or whoop sections, but a wheelie with a little bit of arm pump is going to loop some bros out, big time. You’ve been warned.

This weekend I was finally able to take my eight-year-old son to his first supercross race here in Seattle. As a longtime supercross fan, I loved the chaotic and unpredictable racing. However, since this was my son’s first time, he wasn’t impressed. It got me thinking how many other casual fans or friends of fans showed up to the race and felt the same way. Doubt they wanna come back next year. So, I’m wondering, can you think of anything that would make the racing more exciting to the casual fans on rained-out occasions like this? Everyone seemed to know pretty early in the week that this race was gonna be nasty. Could they have a backup track layout ready that would be more like an outdoor track on a smaller scale? Maybe the AMA could allow a couple mods to the bikes to help riders get better traction. Always love the weekly article. Thanks in advance for any insight and wisdom on this issue.

That was a boring race, my friend. Dirt Wurx did what they could, but when it rains that much, you can only do so much. I think they should have just mowed the jumps down and made it a very simple track. That would have picked the speeds up and made it a little more interesting. That is really the only thing you could do. What could they do to the bikes? Paddle tires? Hey, I’m all for that. Mud races like that suck, and it makes you really wonder why in the world the folks up in Seattle would build a stadium without a roof. That would be like building a house in Phoenix with no air conditioning. It’s pure stupidity. Hopefully the fans who tried it this year will give it another chance under normal conditions.