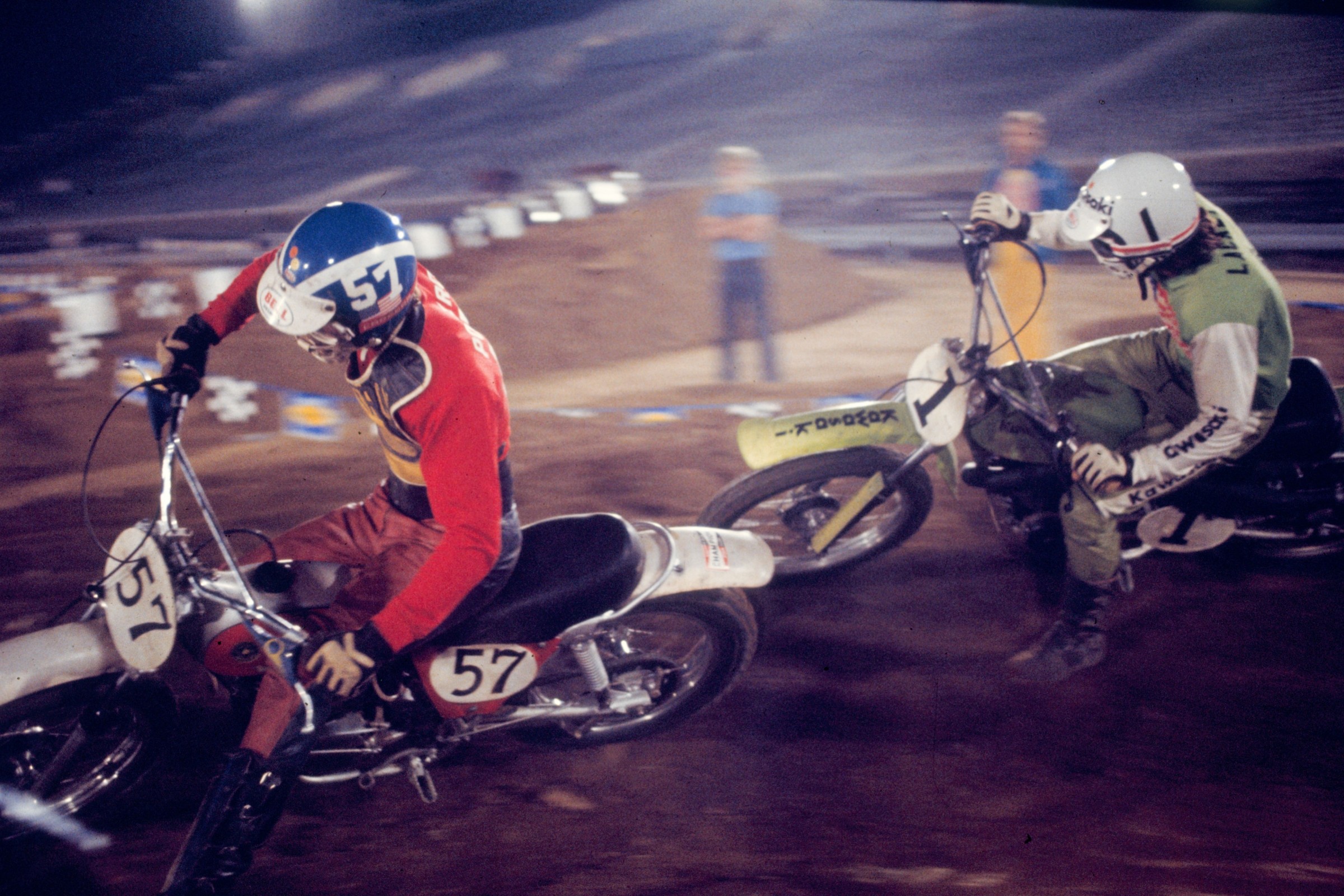 Jim Pomeroy (57) and "Bad" Brad Lackey battle at the 1973 Trans-AMA race in Philadelphia, Pennsylvania. The race was the one and only Trans-AMA ever held in a stadium or under the lights.

The setting was the old John F. Kennedy Stadium, where the Army-Navy game used to be played, and it was part of the fall Trans-AMA Series because "supercross" didn't exist yet, not as a word and and not as a series!

The JFK race, held on September 28, 1973, was won by Dutch Maico rider Gerrit Wolsink. Here's a gallery from that all but forgotten race of 45 years ago.