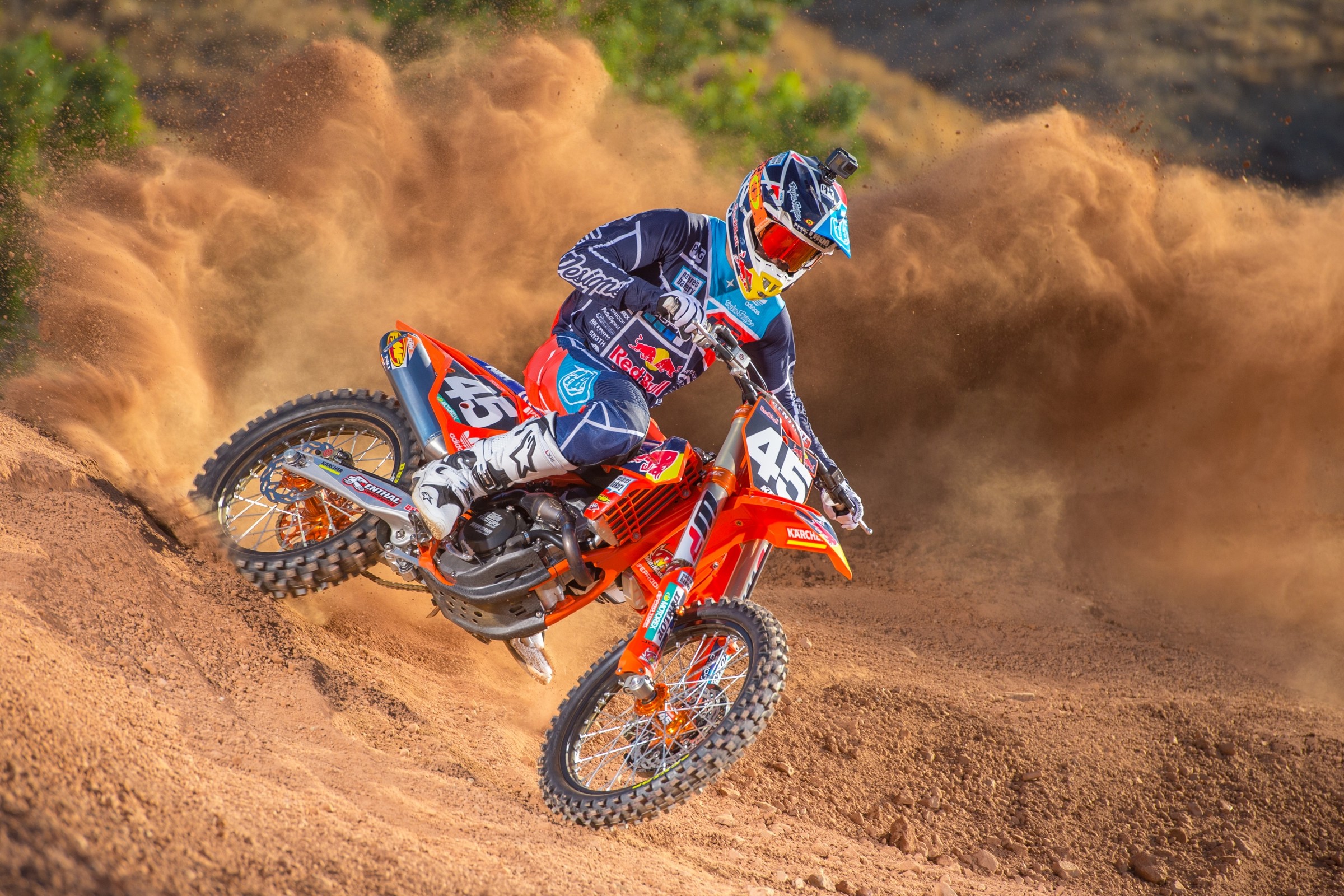 No one was picking Jordon Smith to win last year’s 250SX East Region Championship, except maybe Jordon Smith or someone related to or employing Jordon Smith. But he took full advantage of an opportunity in Detroit to win one of the best races you’ll ever see. Series’ leader Zach Osborne crashed in turn one, race leader Adam Cianciarulo went down, then Joey Savatgy did, too. Smith forced his way past Dylan Ferrandis, but Savatgy stormed back to briefly regain the lead. Smith would not be denied. On the last lap, he and Savatgy dueled and Smith came out on top.

The next week, Savatgy and Smith battled again, but Smith was armed with extra confidence and experience, and he won again. He was firmly in title contention, and when both Osborne and Savatgy crashed early in Las Vegas, it appeared to all be his—until he crashed himself.

Still, he was right there. Riders like Savatgy and Osborne were such overwhelming favorites coming into 250SX East, but Smith, in his first year with Troy Lee Designs/Red Bull KTM, found his groove at the right time and nearly pulled it off. These shorter series often open doors like this. One shot of confidence, right place, right time, and careers can change.

Osborne is the overwhelming favorite coming into this season. He’s the defending champ now, with an additional Lucas Oil Pro Motocross 250 Championship as further backing. Still, it’s key to remember that in these short series, anything can happen.

In 2013, Dean Wilson appeared the overwhelming favorite to win the title. Wil Hahn held him off for a clutch first-career win in Atlanta and then, just like Smith, made it back-to-back wins the next weekend. Wilson eventually crashed out of the series. Hahn won the title.

The 2014 250SX East Region was the craziest. Monster Energy/Pro Circuit Kawasaki riders Cianciarulo, Martin Davalos, and Blake Baggett took turns winning races while sweeping podiums, but somehow all three got hurt and Justin Bogle, who was not even scheduled to race the series due to injury, emerged as the champion.

In 2015, Marvin Musquin was the title favorite. Well, he won it. Okay, sometimes it works out, and Osborne is hoping for a Musquin-like season this year.

The 2016 250SX East Championship was hyper-competitive and parity-packed. Justin Hill had a shot, Davalos had a shot, Jeremy Martin had a shot, Aaron Plessinger had a shot. The assumption was that Malcolm Stewart would be fast but wild. Instead he was the most consistent and emerged as champion. It was a fun series to watch.

Of course, nothing can match the drama of last season, with Osborne digging it out (and ripping it from Savatgy) on the final lap in Las Vegas. Osborne was generally the fastest rider last year, but the championship came right down to the wire. These short championships usually swing on a few dramatic moments. What are we going to see in this one?