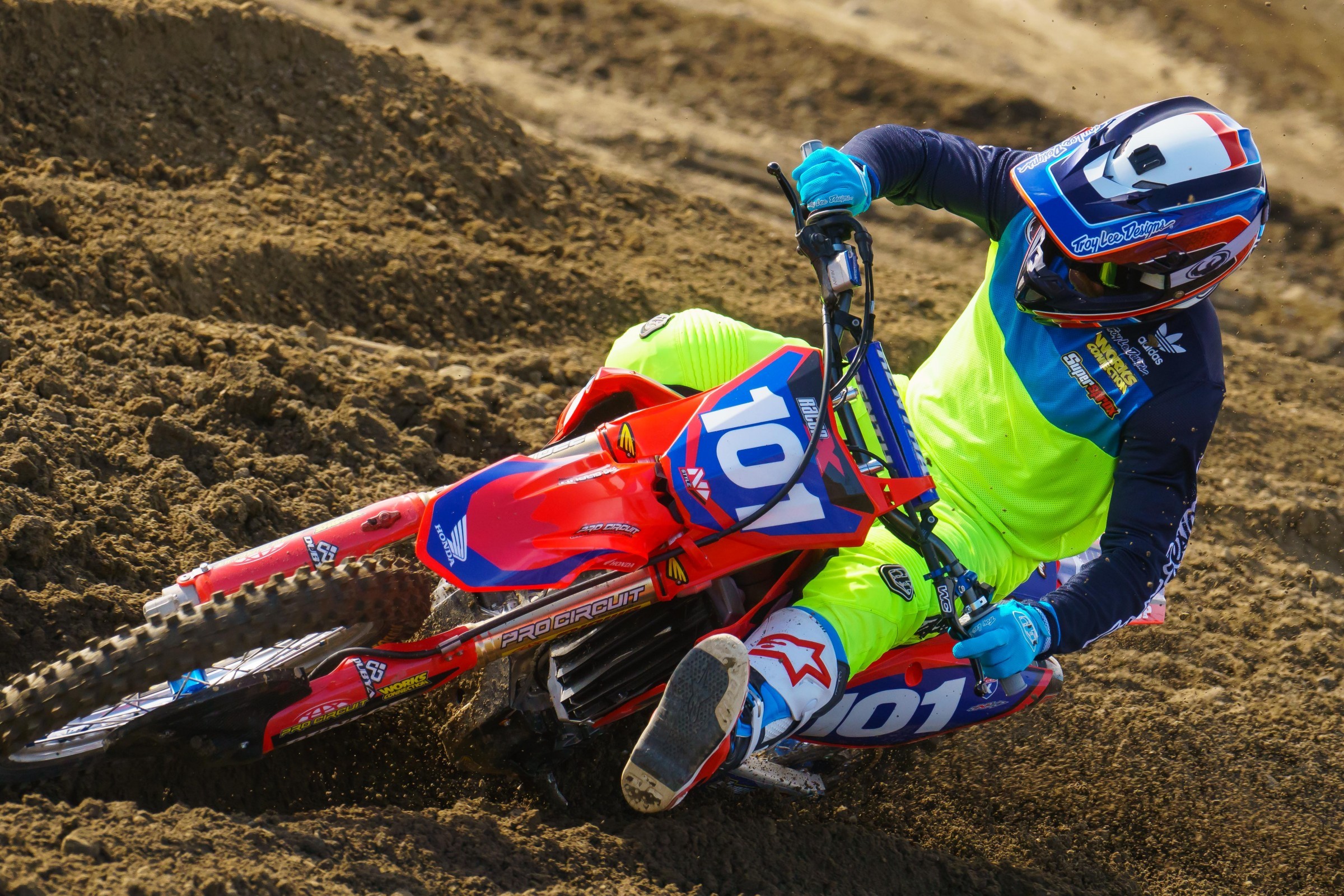 Love reading your column on Fridays, always insightful. Here’s my question: when someone gets hurt during the off-season or doesn’t have a ride set up, when they finally get back to racing, they talk about how they don’t have any gate drops. With that being said, once a rider is comfortable again, why don’t they go to a local MX race and sign up? By AMA rule, they can as long as they sign up for the highest skill class offered. Sure, they may not be racing with guys the same skill level as they would in a stadium, but gate drops are gate drops, right?

Some riders will do that. The plain truth is that there used to be more races going on back in the day than there are now. If you’ve been following our feature “On This Day in Moto,” you’ve likely seen some of the results from the Golden State Series back in the eighties and nineties. The top ten reads like a National or supercross results page. There simply aren’t as many races going on now. Also, riders are hesitant to put themselves out there and risk getting beat or knocked down by some local hero. I know that seems silly, but a racer’s ego is a fragile thing and it has to be nurtured and loved and stroked. Truly, when riders say they need gate drops, I don’t think they mean literal drops of the gate. It has more to do with racing against others at their level and the physical and psychological challenges that come along with that. Again, you can get a little bit of that at a local race, but it isn’t quite the same.

The country couldn't be more split at the moment. Politically, economically, socially, almost across the board, we’re in disagreement. But I think I've got a platform we can all get behind.

The idea that will unite this country will be "make a tabletop one jump again." That's right, two mounds of dirt AND a slightly longer mound of dirt is THREE mounds of dirt. If you're like myself, you're fortunate enough to not be college educated, but anyone who survived our defunct for-profit education system to at least the second grade will know that's a triple, every day of the week.

Now, I get that the distance jumped is the impressive part, not the jump count, but it seems the SX broadcast looks for any chance to call out a quad like it's some sort of revered mythological creature. I sort of agree; a quad is generally huge, which is why we shouldn't call three jumps a quad. Logic and common sense also suggest that, but we're taking politics here, so we’ll put that aside.

Either way, I'm rolling everything.

You know what, Aaron? You’re a real asshole. Your logical, straightforward kind of thinking is what gets people’s feelings hurt. All these riders are doing their best, and if they aren’t good enough to clear four jumps, we should fill one of them in so everybody has a chance. How are the riders who can’t clear it going to feel? I think Feld should get some therapy dogs to keep down in the tunnel in a safe space so riders can get in touch with their emotions and get centered spiritually. Hot cocoa and some coloring books would also be soothing for anybody struggling to deal with the stress of competition. Maybe a greeter could welcome them with free hugs? Racing dirt bikes is hard!

Are three mounds of dirt technically four mounds of dirt? No, no, it isn’t. I’m so triggered, bro, you don’t even know! I’m going to make some beanies with three pink lumps on them and call them quad hats. Expect to see them all over the stadium next weekend in my “it’s a quad” movement.

I see all these racers and they are really skinny dudes, especially the Baker boys. Is there any thought out there to implement more muscle-building from a bulk perspective to prevent injury from meeting the ground at speed? I know weight is important, just wondering if these guys had just a little more mass/strength in key places, would it help prevent injuries? Adam Cianciarulo, Tomac, and Musquin being some of the skinny guys I am referring to.

Burn me or applaud me; either way, enlighten me.

There are a few exceptions to the rule, but most of our sport’s elite look like emaciated horse jockeys. Long legs just get in the way on a dirt bike, and, honestly, if you’re a tall kid, your dad probably got you playing basketball or spiking volleyballs early on. The skinny part is more a result of the endurance aspect of motocross. When you are riding motos, bicycling, running, swimming, etc., for hours and hours every day, it is practically impossible to keep weight on, and that includes muscle. Most of the top riders do implement some sort of strength training into their programs, particularly in the off-season. But when boot camp really gets serious in late fall, these guys are simply burning too many calories to keep muscle mass or fat on their bodies.

On top of that, you have the vast majority of motocross trainers who came from cycling backgrounds. In that sport, if you can’t play every single rib on your body like a banjo, you are considered a fat-ass. When you’re pedaling up the alpe d’huez, you don’t want one single ounce of weight you don’t have to carry with you. That isn’t necessarily the case in motocross, but the mentality seems to trickle down from the spandex-clad crowd. Supermodels who live on celery and cigarettes would tell some of our top guys to eat a cheeseburger immediately.

Fat-shaming aside, the strength component is paramount in our sport and likely not emphasized enough. Every rider is different in terms of composition, but all would benefit from being stronger. Personally, I’d like to see some of these guys really get on the juice and show up to A1 with muscles splitting their jersey apart. They could sign autographs with their shirt off and really make a character out of it. A good, quality ‘roid rage incident on the track would really spice up the drama in a boring race. Think about it, guys.