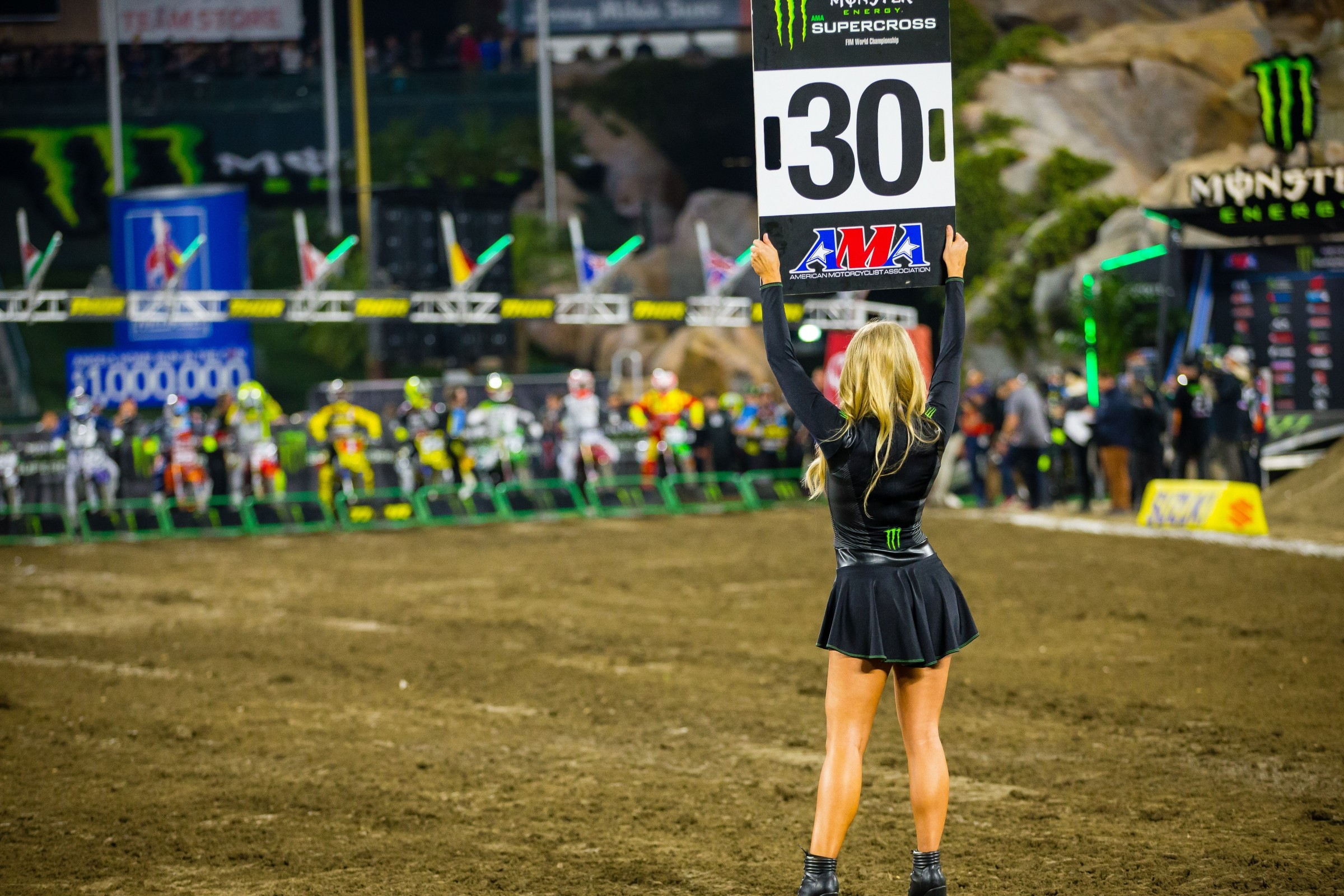 The 2018 Monster Energy Supercross season kicked off last Saturday at Angel Stadium in Anaheim, and we decided to dig into the stats and find some interesting numbers from the opener. Check them out below and leave a comment if you find any interesting stats.

Times in his career that Chad Reed has finished outside the top ten at Anaheim 1—2005, 2010, 2017, and 2018. Reed had very little time on the bike entering the opener this year after undergoing off-season ankle surgery.

Laps led by Monster Energy Kawasaki's Eli Tomac before he crashed in the main event. After a stop to fix his broken pants, Tomac eventually pulled out of the race due to a shoulder contusion, per the team.

Place finish for GEICO Honda’s Chase Sexton in his pro supercross debut. Sexton was injured in Atlanta qualifying in 2017 and missed the rest of the season.

Total number of laps completed by Phil Nicoletti at A1, including untimed practice, qualifying, heat race, and main event.

Riders combined between the 450 and 250 class that list Florida as their home state.

Riders combined between the 450 and 250 class that list California as their home state.

Points deficit for Eli Tomac based on his 22nd place main event finish and Marvin Musquin's win. Under the old points structure, the difference between first and 22nd was 24 points.

Points scored by Marvin Musquin for winning Anaheim. As the first race under the revised points structure, Musquin is the first rider to ever score 26 points in one night of supercross racing.

Days between races for Honda HRC's Ken Roczen. In his return from a career-threatening arm injury sustained at Anaheim 2 last year, Roczen was the fastest qualifier in practice and finished an impressive fourth in the 450SX main event.

Days between podiums in 450SX for Monster Energy/Knich Factory Yamaha rider Justin Barcia. Prior to this third place finish at Anaheim, Barcia was last on the podium April 5, 2014, in Houston. He finished second to the now-retired Ryan Villopoto.

Brand representation in the main events: