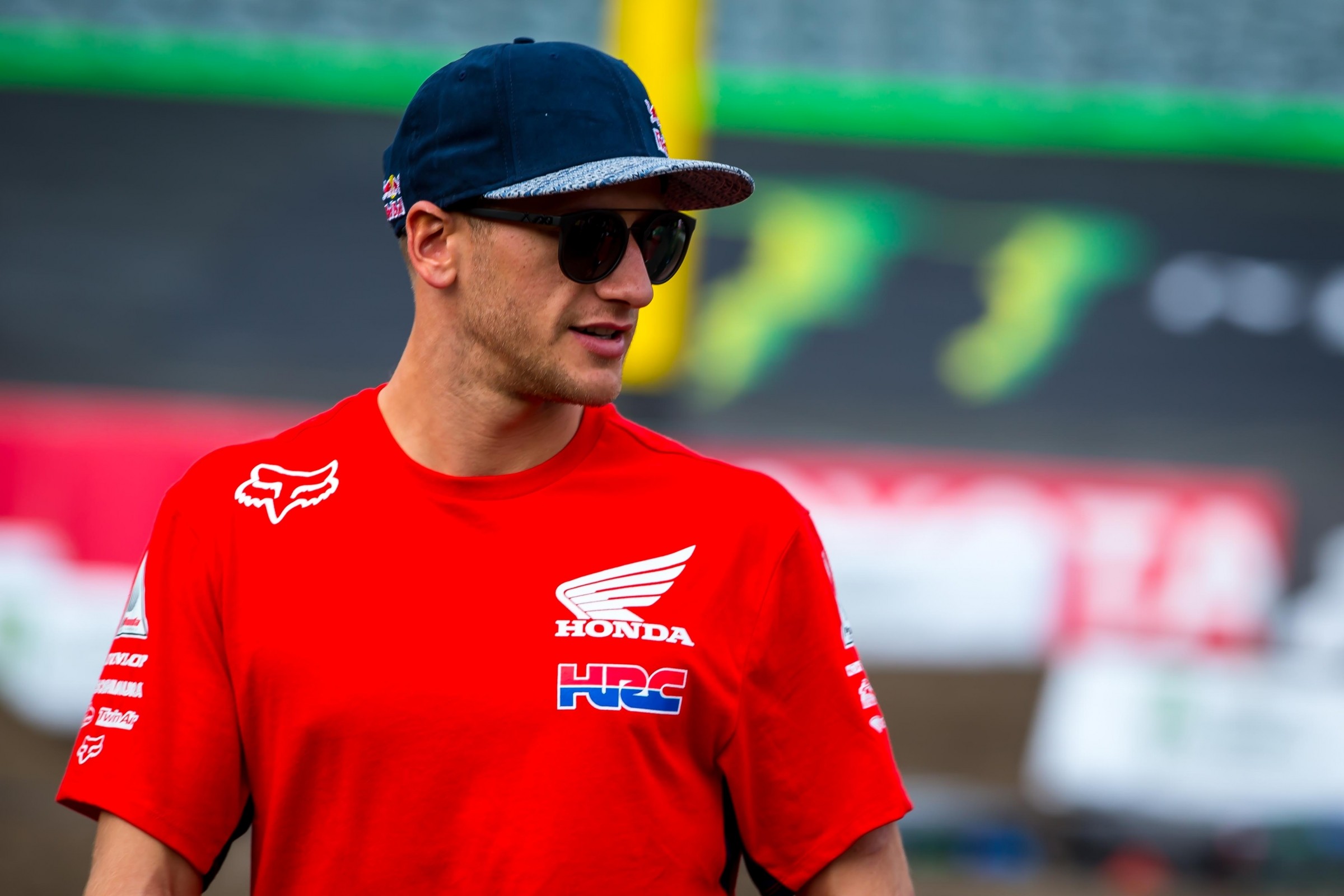 450 Words Ken Roczen on His Return

Ken Roczen accomplished his goal—make it through Anaheim 1. Even better, he was only one spot away from hitting the podium on Saturday with his fourth-place finish. In his first race back, he can’t be too upset considering everything he’s been through in the past year with his arm injury.

On Saturday, we saw a very calm and patient Roczen. Yes, he was aggressive and explosive when he needed to be, but he picked his battles smartly. Cooper Webb pulled a block pass on Ken in the heat race which caused him to pull his feet up and off the pegs after checking up and losing balance, but he was able to keep his composure, not crash, and save it for the main.

He did have one big mistake in the main, though, when he clipped his rear wheel in the same section as Dean Wilson did in the heat race and was forced to check up. But, all in all, it was a successful return for Roczen.

We caught up with him after the race to talk more about his return.

Racer X: A1 is finally behind you. How are you feeling about it?
Ken Roczen: Pretty good. I got fourth, and I’m a winner. I want to at least be on the podium. I was feeling good. Midway through I was catching those guys in the front. But all in all, just I got a little tight in my right arm. I can always shake it off. Just have to clean up a couple of things. I just kind of stood there. I had one big mistake. My foot just caught the dirt and [I] almost crashed. Then, afterwards, I actually went pretty good. I clicked off some good laps and everything. I rode pretty good, all in all. I got fourth. I think if I wouldn’t have had that mistake, I could have had a shot at the podium.

Which mistake are you talking about?
There was one on the far end. There’s a double double where Dean Wilson crashed. I jumped the double and I scrubbed and my foot hit the ground. Then I nose-bumped it and I couldn’t jump the triple. So then [Jeremy] Martin and Cole [Seely] went back by. But then I got those back and just had some good laps. Just stood there. We’re plenty fine, and it was good to be back. It was good to finally have a purpose again, coming out here with the team and being racing. It was good to get the starts out of the way. I got to work on my starts, for sure, just being around people and everything. It was good, though.

One thing I definitely noticed in your riding today was your patience. It seemed like when things were happening, when people took your line, you remained calm.
Honestly, there was a lot of craziness going on for sure.

Like that pass that Webb put on you in the heat race?
He got mad that I blew by him in the whoops and into that turn, and then he did that. But it’s all good. It was probably good that we went through all kinds of different scenarios. The heat race was a bit crazy, and then having a bad start and just being patient and learning and stuff. It was good, but I definitely am planning on being more ahead on the start, that’s for sure.

You got through the first round which was the goal, right?
Exactly. One hundred percent.