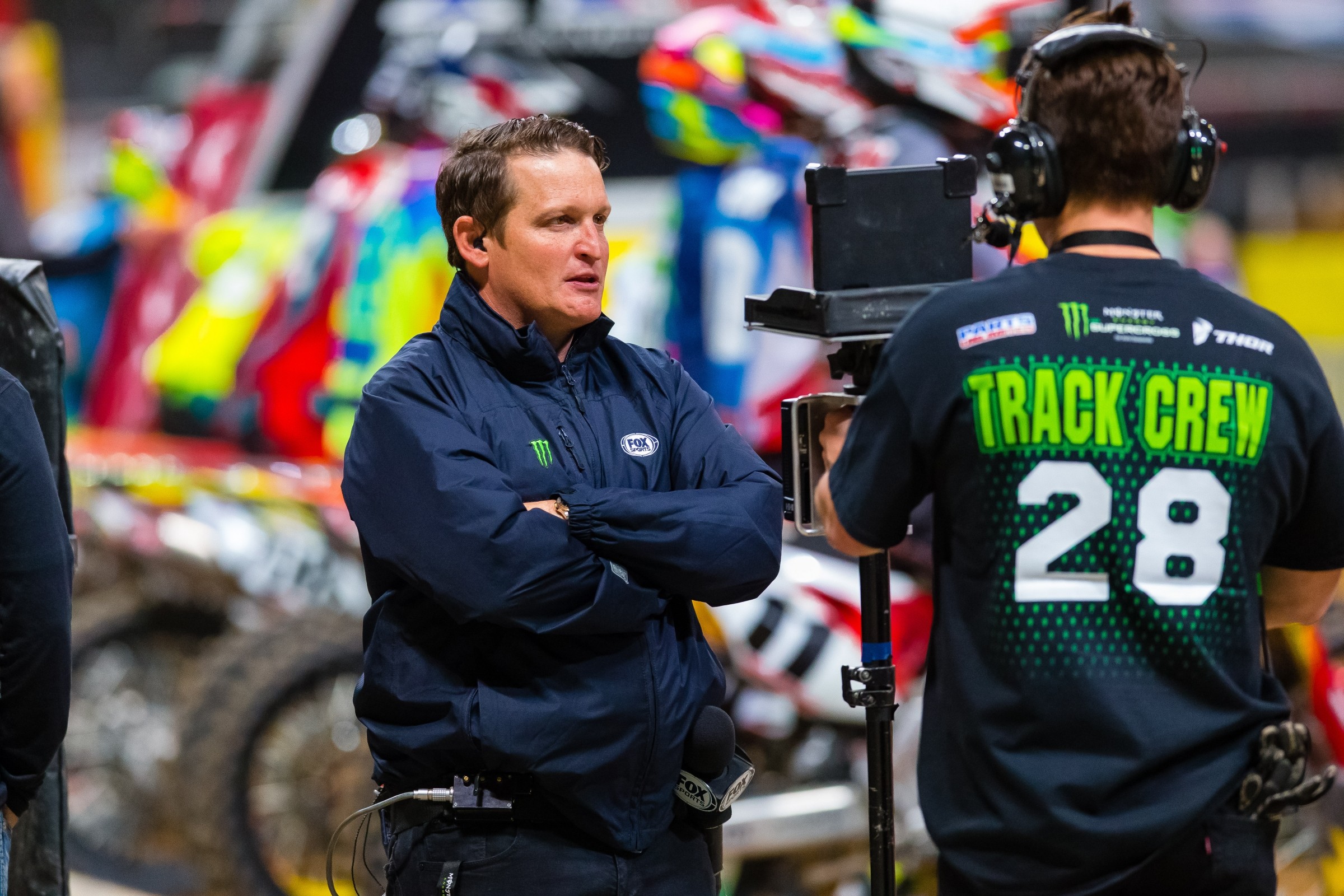 Besides holding five Monster Energy Supercross Championships of his own (2001, 2002, 2003, 2005, 2006), Ricky Carmichael has studied the last few seasons from a variety of vantage points, both as a TV analyst with FOX Sports and also as a co-owner of the now-defunct RCH Suzuki team, which was often in the hunt for championships. We called up RC to get his take on the upcoming season, which starts this weekend in Anaheim, California.

Racer X: This is the standard thing, everyone always says each year is stacked, but to be honest, we’ve actually lost some riders lately and they’re going to be hard to replace. So, it’s kind of a weird season. We literally only have one guy on the gate that’s ever won this title before, and that’s Chad Reed. So what do you think? Is this a strange scenario?
Ricky Carmichael: Well, I’m a huge Chad Reed fan and I would love to see him win championship this year, but that being said, I do think we’re going to see a new champion this year in the 2018 Monster Energy Supercross series. It’s going to be fun. I think there’s a lot of good stories; obviously the biggest one is Ken [Roczen]. I think Ken is going to be great, I think he’s going to be back just like hasn’t lost anything. I think it’s going to make for one hell of a story. I think he’s going to be one of the strongest guys, just because he has so much talent. I think he’s going to be fantastic.

Obviously Eli [Tomac] is going to be [fantastic] as well. We all know how fast he is and how many races he won last year. Then there’s Marvin [Musquin]. I think the title is going to come from one of those three, and if you’re looking for a favorite, I honestly can’t tell you. I know that sounds political with that answer, but I think it would be easier to give you reasons why each guy won’t win instead of why they will win because none of them have done it. It’s going to be really fun, and the person out of these guys that’s going to win the premier Monster Energy Supercross Championship, the guy that gets his first title, it’s going to be really exciting. It’s going to be a tough feat. A lot of these guys haven’t been able to do it; you know, you had [Ryan] Dungey a multi-time champion, Villo [Ryan Villopoto] a multi-time champion—guys like that are few and far between. These other guys have had the speed to do it and the talent to do it, but they haven’t been able to pull it together. It’s going to be interesting to see who can pull it together and be there week-in and week-out. It’s a different kind of pressure that a lot of these guys have never experienced before. I’m excited to see who will be the first out of these guys that has never won the title before to pull it off.

Yeah, so that’s not just stuff that people like us on the sidelines are making up. The pressure really is different.
Yup, and you saw it. Sometimes it’s easier to race when there’s nothing to lose rather than everything to lose. It’s a completely different mindset. Absolutely completely different in my way of thinking. A lot of people may not see it that way, but those are my thoughts. I think it’s going to be fun to watch and it’s great for the sport.

Well, in your final season of racing, you chose to do half the races—you basically took yourself out of title consideration but still continued doing some races. Doing the riding and training and preparation is one thing, but just knowing you weren’t racing for points was a big difference.
One hundred percent. It’s going to be interesting to see which one of these guys is going to figure it out. They haven’t been able to do it yet. So that’s where I’m at.

Tomac, Roczen, and Musquin are well-established now. Is there anyone else you’re thinking that can get in there?
Oh, Jason Anderson, without a doubt. He’s going to be in there for sure. What can Cooper Webb do? We all know he has the talent; I think he might need one more year. I think he will win some races this year, but I think he needs one more year, just because he missed so much time last year with injuries and all of that fun stuff. He didn’t really get a fair shake at it. I think he’ll be good, but I think you take Anderson, Roczen, Musquin, and Tomac, I think it’s going to be one of those four guys that puts it together and takes it this year.

You mentioned this timeline for Cooper Webb—that maybe he needs another year to get experience—and that was how it worked for you. First year was tough, second year got better, third year you had it figured out. There was a timeline there for you, and I think sometimes we forget that.
I think Cooper would be a little further ahead of where he is now if he had a full season last year, so that’s why I’m going to give him a little bigger grace period.

What are you up to this year? Back on TV?
Yup, I’ll be back as the on-track reporter on TV, so I’ll be at Anaheim ready to go. Looking forward to seeing all of you guys there.