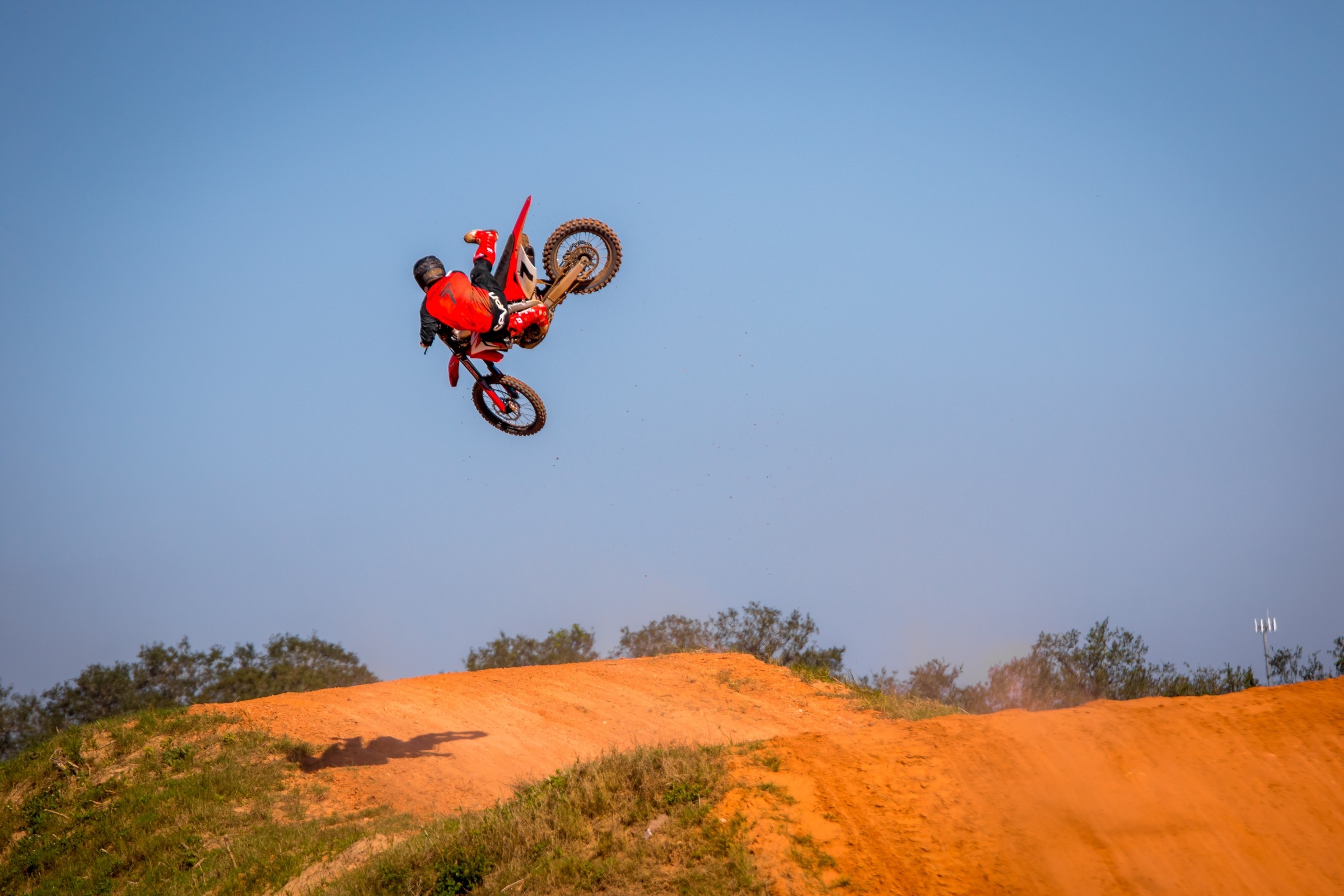 Question: What does this mean?

This ride day is a tie-in with the James Stewart Spring Classic, the big amateur race held in March at Freestone Raceway in Wortham, Texas. Class winners at that event get to ride with James at his house in the fall.

Last year James (and his brother Malcolm) spent the day riding Yamahas, and the internet went crazy trying to figure out what that meant. It ultimately meant nothing, because Malcolm went racing on a Suzuki and James never raced anything. This year James was spotted on a Honda. Suffice to say this doesn't mean he's lining up at Anaheim 1 on a Honda, or anything.

It also doesn't mean he's not racing again, either. James has not announced his retirement. He basically hasn't said anything about anything. So the world still waits, and wonders.

If he did come back on a Honda, what would it look like? A lot like this. Enjoy.