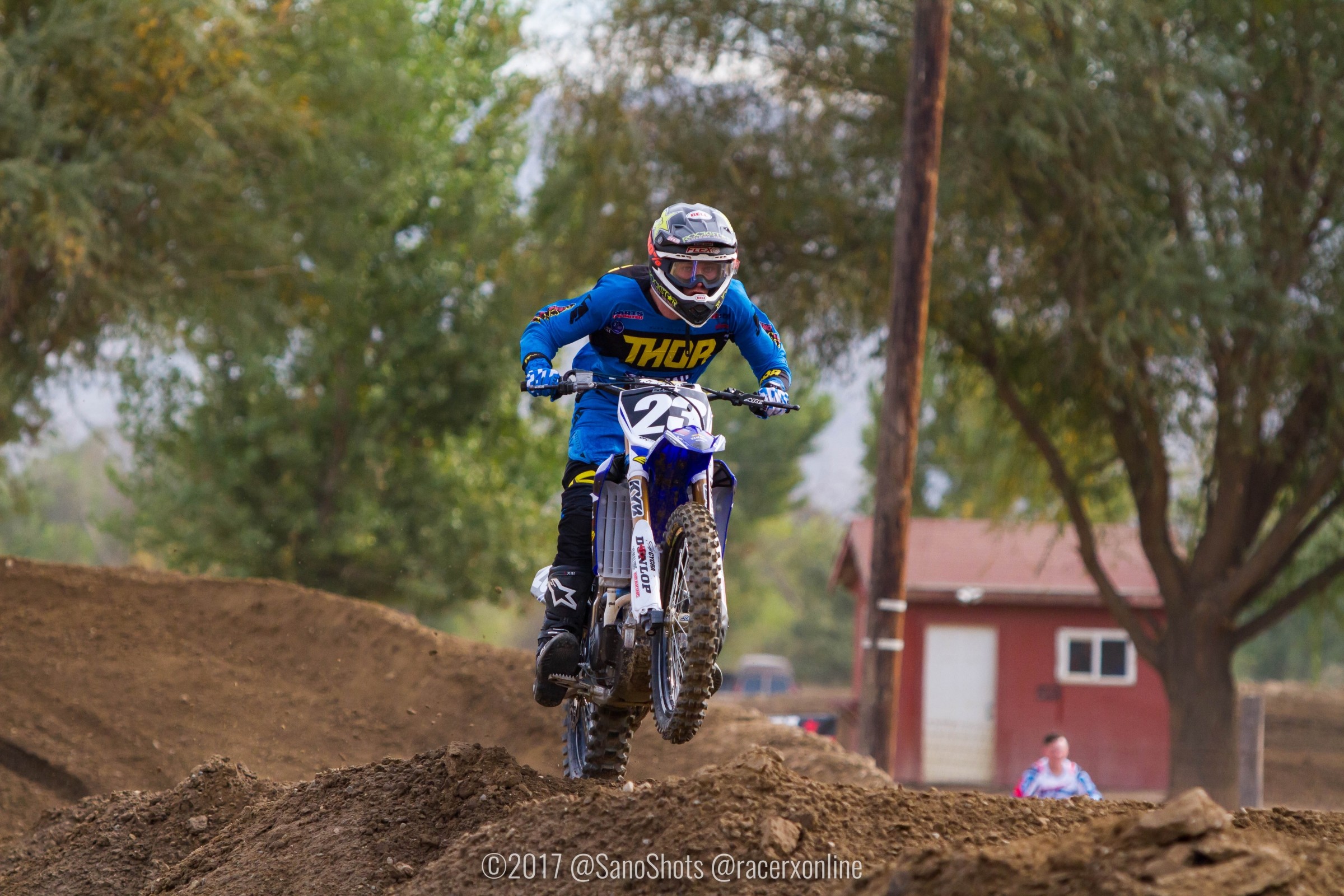 Aaron Plessinger had a solid 2017 season, finishing third overall in 250 West Region Supercross and fourth overall in 250 Lucas Oil Pro Motocross. He had wins, a bunch of podiums, and tons of top fives, but a few bad races and some bad luck caused him to DNF a few along the way, killing his championship hopes. There was a lot of talk about Aaron stepping up to the 450 class next year, and although it won’t be happening for supercross, we may see him with black letters and a white background on his number plate this summer.

I caught up with him at the Milestone last week to see how things were going after undergoing surgery following the Indiana National to have a bunion removed from his foot that was bothering him. Aaron has since been back on the bike and is getting ready for next year.

Racer X: Good seeing you out here at Milestone today, Aaron. How’s everything?
Aaron Plessinger: It’s going pretty good. This is actually probably my fourth day on supercross. I’m feeling actually really good. I came back and rode the Yamaha test track for a couple days and then came out here. I’m feeling pretty up to speed. I just need to work on a few things and focus on a little bit more and I think I’ll have my speed back and flowing pretty good.

You recently had surgery on your foot. How long have you been back on the bike now?
Yeah, I got surgery in September. I had screws in for five weeks and then I got the screws out. Took them out, a week off and started training again. I rode outdoors on a 450 twice and then got into supercross about two Fridays ago. I came back a little bit stronger than I thought I was going to. I just found my flow and I’m keeping up with the guys on the team. Today is my first day out here [at Milestone] so it’s kind of a little new to me, but I think I’m getting down pretty good. I’m feeling the flow.

You jumped straight onto a 450. What was the idea behind that?
It was just to get me back into the groove. I hadn’t been on the bike since August. It was just something that I kind of wanted to do and the team kind of wanted to test out, so we just hopped on a 450 and gave her a go for a couple days. I really gelled with the bike and I really liked.

There was a lot of talk about maybe you jumping up to the 450 class next year. How close were you to really doing that?
I wasn’t really that close because I was signed this year with Star, so it wasn’t really my choice to do it. But there’s still some talk going on maybe outdoors. Only time will tell.

How do you feel your 2017 season was overall?
The 2017 season, supercross was really good. I had some ups and downs, but I really gave it my all and almost won the championship. That’s two years in a row I’ve almost won the championship, so this year is going to be a little different. In outdoors, I kind of struggled. Went back and forth with the bike a lot. I had some really good races and then I had some really bad races. I was just kind of struggling with myself, my confidence, and the bike. It just kind of all came together. It was kind of a so-so year, but I still finished it out fourth overall in the championship, so I can’t be mad about that.

You were really strong in supercross. Like you said, almost won the championship. I think Salt Lake was the turning point in the season where you went down in the whoops.
Yeah, definitely. I won at Seattle and then I came to Salt Lake and kind of wadded myself in the whoops while I was winning. That was kind of the turning point. Justin Hill won the championship that round, so it kind of locked it in for him. I just went into Vegas with nothing to lose and I got third. Had to come from way back.

And right now, you’re based in California?
Yeah, right now.