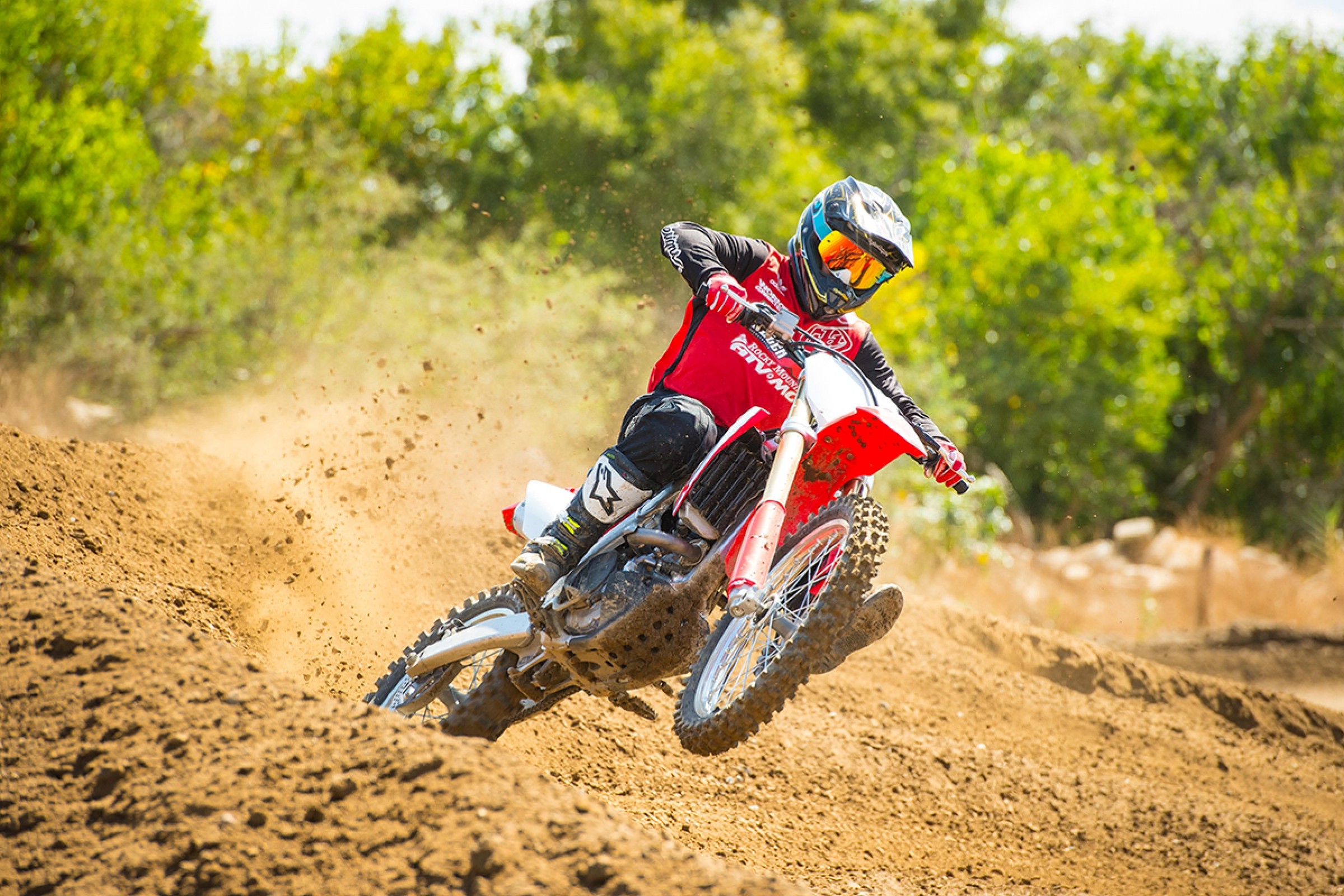 In your column on 11/3, you had this to say regarding the AMA:

"However, when it comes to making decision about which direction the sport goes and choices that get made along the way, they don’t have much pull."

I totally disagree.  The AMA (actually, AMA Pro Racing, but let's not split hairs and most people just refer to them as "The AMA") is the sanctioning body that lays out the rules for our sport, and it's their shortsighted rules that gave rise to the four stroke problem we have today.  They have steered our industry into trouble by having rules that gave significant advantages to four-strokes, and once the buying public (and, hence, the industry) got momentum going with four-strokes, the path was set. The AMA not only allowed this to happen; they actively encouraged it.

Contrary to what you state, they have enormous pull; if they would set the rules such that you could competitively run two-strokes against four-strokes (beat to death in other places so I won't elaborate here), they would again steer the sport back in a direction where it could flourish.  To state that they couldn't do that is totally inaccurate. They are just vapor locked; they can't seem to see the trouble they've caused and/or wish to address it.  They are taking the head-in-the-sand stork approach to the rules that drive our entire sport.

I will agree with you that they are a lobbying organization; I've long argued that they should do ONLY that.  They should lobby for our sport to help maintain rider's rights and watch out for us legislatively, but they need to get out of the race sanctioning business and somebody else should take the reigns. The damage they have done to our little sport is incredible.

You sound so confident I almost hate to take your ass to school like a booger-eating child. Almost. That condescending tone needs to be cleaned up a bit so get comfortable and take notes.

When four-strokes came on the scene AMA Pro Racing (Paradama Productions) was a wholly owned subsidiary of the non-profit AMA. Paradama was a for-profit corporation with its own board of directors overseeing the marketing and making the rules. Members of the Paradama board included OEMs and promoters who guided all of the AMA's professional motorsports series. It was Paradama that developed the four-stroke exemption rule for supercross/motocross, which allowed the four-strokes to compete against the two-strokes. Of course the parent AMA had to approve it back then, so you’re correct on that part of the history.

What brought about the four-stroke exemption rule?

There's been endless speculation about why the industry, acting through Paradama, wanted to move away from two-stroke competition bikes to four-strokes at that time. In the late ‘90s, tighter emissions regulations were looming from the EPA and CARB (including off-road bikes) and many industry insiders and observers credit the then-dominant Japanese OEMs desire to accelerate four-stroke R&D and testing (including racing) so that they could bring cleaner four-strokes to market without sacrificing performance. The old adage, "Win on Sunday, sell on Monday" is testament to the credo that OEMs needed to field competition bikes that fans could identify with, and buy, from the showroom floor. Because there was no practical tech at that time to make two-strokes clean enough to pass the coming emissions regulations, the OEMs directed virtually all their engine R&D into four-strokes. So if the OEMs planned to dedicate resources to four-stroke development, including racing, how would they get fans of two-strokes to adopt four-strokes? The four-stroke exemption rule was a way to make four-strokes competitive and desirable to racers and fans.

Also significant was that Honda made a worldwide commitment in the early 2000s to phase out two-strokes completely due to emissions concerns. They were looking beyond racing to major markets where they sold millions of motorcycles and small engines for power equipment. Not just the U.S., Europe, UK, Australia, and Japan, but also in second and third-world countries like China, India, Brazil, Indonesia, etc., where the ever-present hazy-blue air quality was a major health issue. They wanted to get ahead of future emissions regulations and saw four-strokes as a key to that strategy.

Ultimately the rapid rise and acceptance of four-strokes in AMA Supercross and Motocross was made possible by tens of thousands of amateur racers flocking into dealerships with cold hard cash to buy a bike like their favorite riders were winning on.

Fast forward to 2008; The AMA sells AMA Pro Racing. Nowadays, in supercross (Feld) and motocross (MX Sports), the AMA contracts to do the sanctioning, but is no longer in the driver's seat deciding how the series will be marketed, what the rules will be, or what machines are going to be raced. This is fact and has been confirmed by AMA representatives.

These days, the non-profit AMA board of directors focuses on advocacy, recreational riding, and amateur competition. It is the manufacturers who do not want to go back to two-stroke racing, not the race promoters or the AMA. Hope you enjoyed the lesson, Eric.

While on vacation I started watching some oldies on youtube. I believe it was 1999 when you came on strong the last couple buck and a quarter races. What Changed from the beginning of the year? Also that field use to be stacked back in the day anyone could have won in both classes well I forgot the dominance of RC so runner up. Is there only a few people that are willing to put in the work now or back in the day there were just a lot more good riders?

I had a back injury early that season that kept me way off the pace for the early rounds. After the East Coast swing I was able to heal up and even win the final round in Minneapolis. That was the story of my career: work my ass off until I was on the precipice of success and then break myself into a million pieces like a plate glass window in an action movie. Anyway, enough of my sad story.

The two things that made racing better, in my opinion, are the bikes and the tracks. There are still plenty of capable riders these days but tracks are too fast and not nearly technical enough to make racing tighter. Two-strokes were more difficult to ride and more mistakes were made. Those mistakes led to much more passing and the lighter weight of the bikes led to more aggressive racing. Racing 450s in supercross is like asking Ken Block to make a Gymkhana video in a 1969 four-door Cadillac Fleetwood.

The tracks, for some reason, have been dumbed way down from what they were in the late 1990s and early 2000s. Whoops were bigger, jumps were steeper, and tracks were generally slower and more technical. Once again, that created more mistakes and more passing opportunities. Tracks that are built in football stadiums produce better races, generally speaking, than those in baseball fields. Football stadiums have longer lanes that give riders more time to pull up next to another rider and those are followed by 180-degree turns, which create the best passing opportunity. The baseball stadium dimensions require track builders to run 90-degree turns around the whole track and riders just follow each other to the inside. Anyway, I don’t pretend that everything was better back then but it would be smart to look back and learn from what did work.

Was reading one of the questions where a reader mentioned that manufacturers could offer a current and lower price expert model. Nice idea but that's not going to bring people back to the races. My friends tease me because I don't sell my old bikes, I just put them in a different shed. My 55 year old broken and dented LEO / Military veteran body can notice the difference in some model years. 2001-2008 KTM 300 yup. 2008-2013 300 not so much. 2013-17. Light years. However, what would push me back to do a few MX races in addition to my normal hare scrambles and enduros would be a simple track rating system. Years ago certain tracks would hold vet and vintage days and adjust accordingly. No stadium whoops or stupid must-do doubles that I have no desire to play with anymore. Sure you pros would not be pleased but if every track did one race a year and advertised it, maybe people would start racing again? Just a thought. It's 3 a.m. Time do some work.

I don’t know if getting people back to racing locally is critical for the health of the sport or not, but I think you’re right about making tracks more friendly to the majority of racers. Pala Raceway here in southern California is a great example. They have a great vet track but the jumps on the main track could pass for the layout of Anaheim 1. That’s great for a handful of pros and elite amateur racers but what about everybody else? They are alienating the vast majority of riders in the area and in order to host a race they have to knock the jumps way down. A few big jumps are fun but a good track builder can make a jump safe and fun for everybody. And as far as I’m concerned, I’d ride a track with no jumps and perfect dirt over hard pack with jumps. Maybe your best bet is to pull out one of your really old bikes and go do some vintage racing … no big doubles there. Thanks for your service, brother. Stay safe and I’ll see you on the vet track.