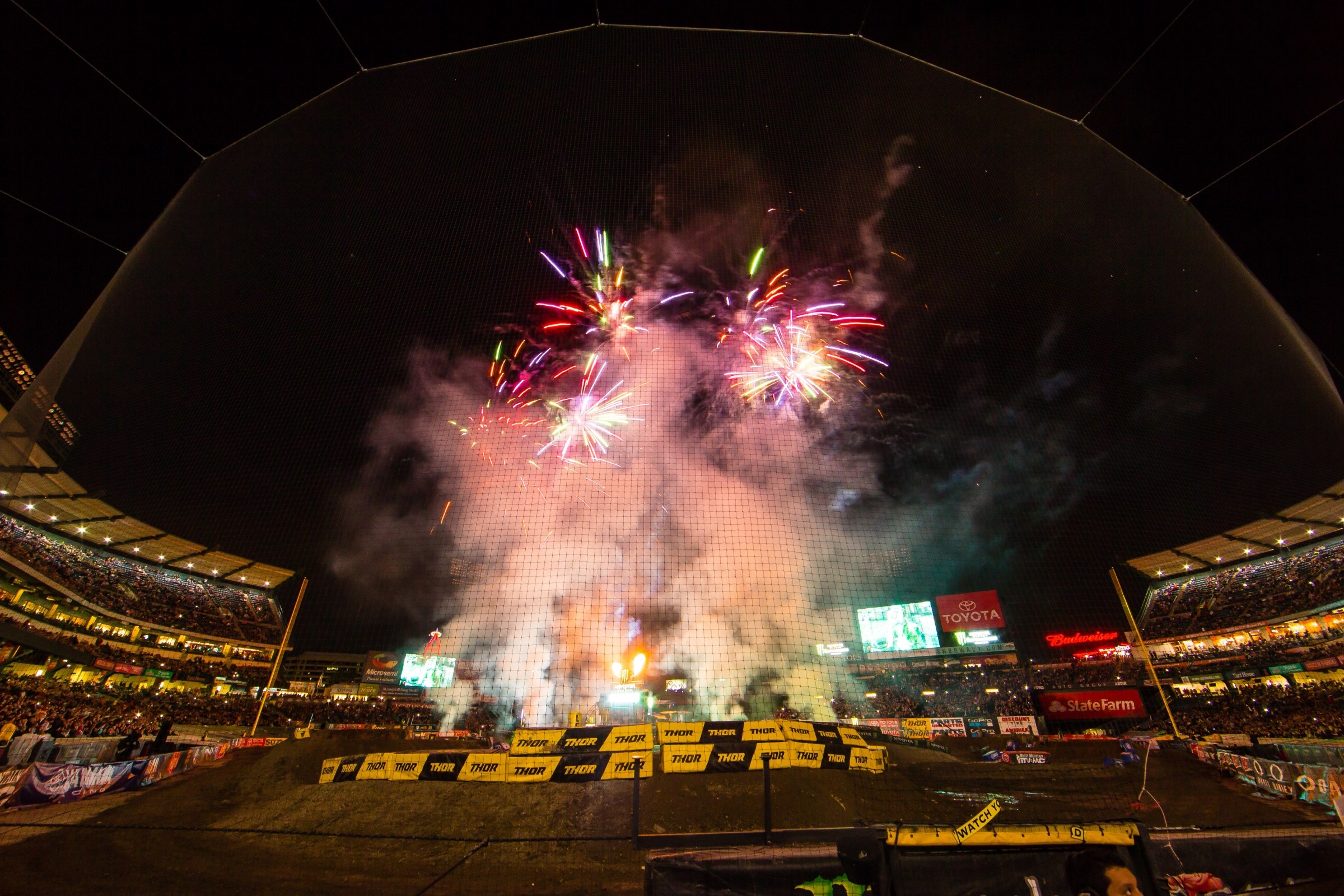 Last night was retro night for me. I fell way down the internet rabbit hole, as a search for images from the EICMA and SEMA tradeshows led me to catch one random old monster truck photo, which led me to the mother lode—MonsterMahem.org and its old skool forum, which is stuffed with info and photos on trucks I hadn’t thought about in nearly 30 years. When I was 10 years old, monster trucks were still in their infancy, and racing had just barely become a thing. The sport was exploding too fast, so much so that terms like “exploding” and “too fast” became literal as the trucks rolled, crashed, and caught fire.

Just a few short years before these trucks were going pedal to the metal and jumping cars down a drag racing strip, the idea of simply driving over a car was insane. Here’s the first-ever public car crush, by Bigfoot. Look at how crazy these fans are going!

Now, fast forward to the greatest crash in monster truck history. King Kong rolls on top of two brand-new police cars and lights them on fire. Go to the two minute mark of this video below and enjoy.

At first, these were races between vehicles that were not designed for racing. It seemed glorious at the time, but looks dangerous and irrational when looking back at it now. Today’s Monster Jam tour is highly refined and makes complete sense—the vehicles are safe, the drivers are trained, the trucks are owned and paid for by the promoter, the courses and jumps are well planned—but those early days featured nothing but hard redneck guts and glory. Every weekend was an experiment. Why did these dudes do it? To prove they could build something bigger, faster, and louder than the guy in the next garage, and they had the balls to get in these nearly uncontrollable beasts and mat the gas pedal, consequences be damned.

My juices were flowing as I read about these old trucks and old wrecks, and then I glanced at the TV and saw ESPN’s 30 for 30 documentary on Ric Flair, arguably the greatest professional wrestler ever, was about to begin.

I lived for three things in my formative years: motocross, wrestling, and monster trucks. That’s not much different from any other kid; however, I’ve always been one to analyze and inspect a little deeper than most, which is likely why I’ve arrived at the position to write columns like this for a living. It’s also why, when I tried to go to bed last night at midnight, the thoughts of Ric Flair’s recklessness and Gravedigger’s wrecks kept tugging at me to get back to this keyboard and figure out what it all meant.

Those old monster truck clips put something into perspective: there was no perspective! These guys didn’t live for tomorrow. It made zero sense from a financial or rational standpoint but they didn’t care. This was their passion. As for Flair, his wrestling persona—i.e. the richest womanizing styling profiling drinker partier the world over—spilled into his personal life, and he became the Nature Boy away from the ring as well. That pretty much ruined his family life.

Everything in life tells us this is unacceptable and irresponsible. Those old monster truck drivers looked like heroes to a 10-year-old but probably lost their life savings and their back and kidneys doing it. Flair became a broken man in many ways. However, that kind of lust for life and irrational focus creates the things that make people dig through random Old Skool forum sections and go back to their keyboards at midnight after watching a documentary. There’s something so inspiring and so wild, wild west about applying inexhaustible determination and utter obsession to one task that makes no sense on paper. Ultimately, it pays off more for the fans than it does for the athlete who produces the performance. For these dudes, it was all pride, all heart, all passion, and no rationale. They went for it.

Somewhere that heart beats in this sport, as well. Ultimately, motocross and supercross makes no sense as a profession. Let us just be honest about that. The risk and reward ratio over here is not very good. Yet, we have more people making more extreme sacrifices than ever just for their kids to compete for the, what, 30 or so decent-paying deals in the sport? At what cost? Pretty much every cost.

We’ve spent a lot of time lately trying to discuss issues in the sport. That’s what happens during the off-season, when we don’t have races to cover. Lately, it seems like every conversation involves rule changes, bike changes, two-strokes, four-strokes, electric bikes, good things to promote and bad things to promote, injuries, scheduling, burn out, and more. There are the right things to talk about and they must be addressed. However, all of those attempts to do the right thing and apply logic and science somewhat misses the point. Look, motorcycle racing is not supposed to be a rational decision. We might not ever find a perfect formula that combines an economically perfect model for all riders, teams, sponsors, and fans while also keeping things safe and affordable and which doesn’t burn guys out while also keeping every championship down the final round.

That’s not great, but it is also okay. Recently, a fan asked me about Return On Investment (ROI) for factory race teams. I replied that they’re not looking for a Return On Investment. They’re looking to win races for corporate pride, and they’re willing to lose money to do it. This is noble and good in a world filled with greed. In many ways, our mix is the best. People and companies are racing first and foremost because they freaking love racing and winning. All other priorities come second.

For me, it took a night filled with adult thoughts about childish entertainment—professional wrestling and monster trucks—to remember that. When Awesome Kong flipped over two brand-new police cars and lit them on fire, none of it made sense, and that was fine, because we were willing to fall in love for the surface value. In some ways, that’s the deepest love of all. See you at the races.