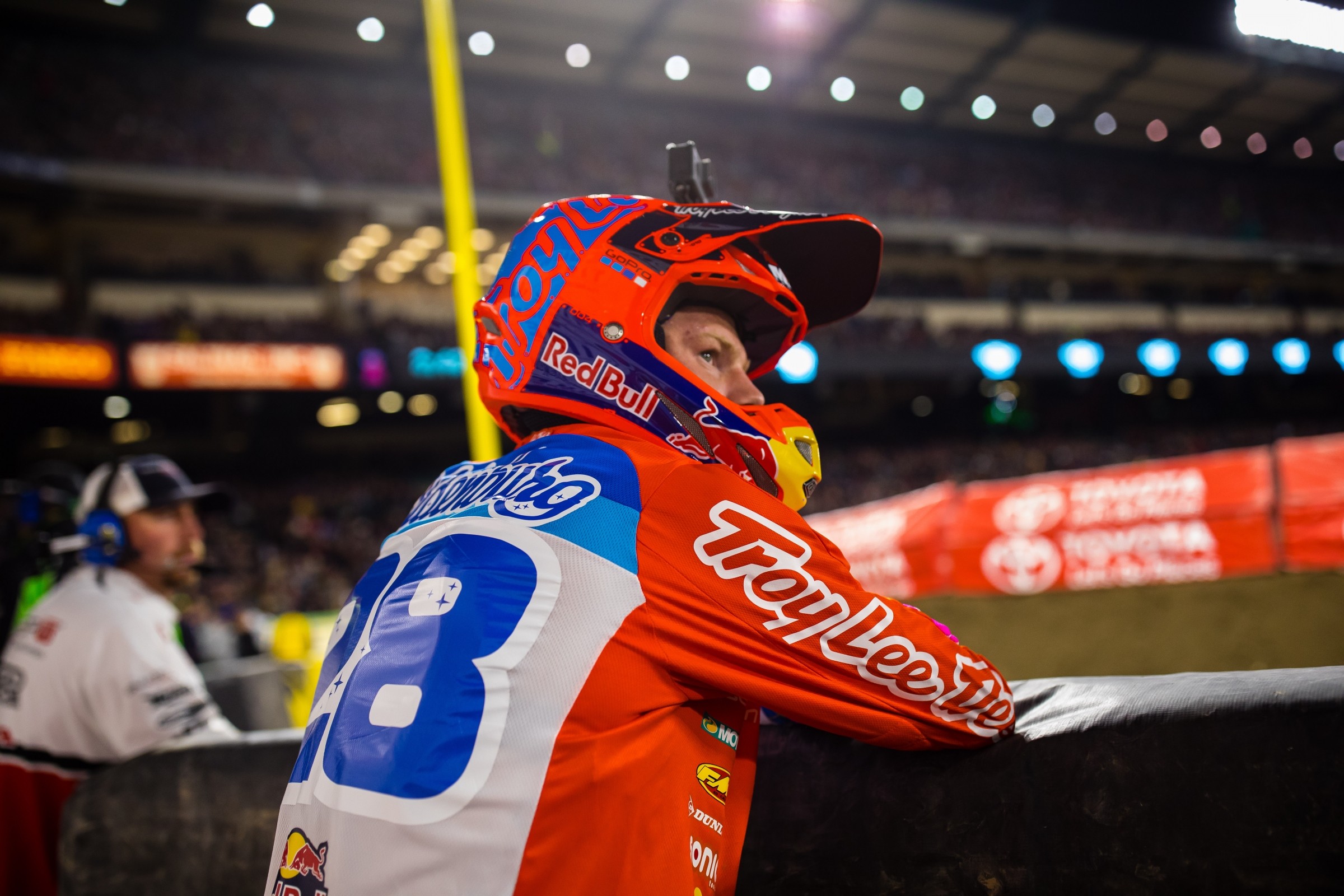 Too many riders, not enough rides. That mantra has dominated these last two off-seasons, but a strange thing happened recently in the 250 class. A bunch of jobs opened up! Autotrader.com/Yoshimura Suzuki (Joe Gibbs Racing) announced earlier this year it would run a four-rider 250 team for 2018. Suzuki was back in a big way in the 250 class after dipping their toes back in for the last two years and this four-rider effort represented an expansion. Justin Hill was announced to the team right after the usual October 1 deadline, which left three positions up for grabs, and approximately 727 riders hoping to get one of them.

Eastern-based riders were pounding on the JGRMX door, literally in some cases, and dudes from the West Coast were threatening to get on planes and do the same. It was extra vexing because since this JGR 250 unit was new, no one knew what level the team would strive for in year one (besides Hill, who is obviously a title contender). Was this team readying four big dollar deals in the hunt for titles? Or was it a building process? Any unemployed rider could easily convince himself this was a logical home.

Meanwhile, JGR had some logistical issues. Suzuki’s MXGP team had dudes under contract, but no place to put them since the team was going away. (Suzuki has pulled out of the GPs.) Could Hunter Lawrence or Jeremy Seewer be forced to the U.S. to ride for JGR? Lawrence got out of his deal and went to Honda. But the Seewer deal stayed in play for quite some time, which complicated matters. JGR announced they would have two riders for 250 motocross, Hill and one other. If Seewer joined the team, he would be the obvious 250MX pick. If he wasn’t, then the team needed to make sure one of the other hires was strong outdoors. Everything waited on the Seewer situation. There was also the chance that Seewer could just end up on a third RM-Z450 for the team in an outdoor-only deal. JGR couldn’t move until that was straightened out, and now I hear he won’t be on the team at all, which must mean Seewer, who finished second in MX2 World Championship points but has to move to a 450 next year due to the 23-and-under rule, has another deal in the works. We think.

So the Lawrence/Seewer deals passed, and JGR was free to go after who they wanted, most likely Mitchell Harrison, who had a decent outdoor season with Star Racing, but was now a free agent. Then it all changed. Suddenly Yamalube/Star Racing Yamaha announced a deal with Mitchell Oldenburg.

For months, Oldenburg had been negotiating with Rockstar Energy Husqvarna and everyone assumed he would go there—but something got sticky and the deal kept not happening. Star snapped him up, in a surprise move. This meant Rockstar Husky again had a spot open, so they called Harrison. Yesterday, they announced the Harrison deal as official. (Atta’ boy Mitchell Harrison! Started this off-season without a ride, and ended up courted by both Autotrader.com/Yoshimura Suzuki and Rockstar Husqvarna. Not bad!)

JGR had announced Hill and then Jimmy Decotis for the 250 team. This week, they announced Kyle Peters as the third member of the squad. Remember how I said 727 riders were gunning for these slots? Two, in particular, weren’t happy with this decision, if we can read between the lines on social media.

I cannot even with these decisions teams are making lately. Just WOW

I just want the opportunity...

One spot on this JGR 250 team remains. We know Phil Nicoletti has an inside track, but he’s only been offered a 250SX-only deal (at least for now, Harrison was going to get JGR’s second 250MX spot, but now he’s gone). Phil has proven 450s and outdoors are his greatest strengths, so he’s not exactly thrilled on 250SX only (but, when is Phil ever thrilled by anything?).

This one JGR spot remains open for now. The team should just hold open auditions for it and roll some video cameras. Dudes are going to be fighting for it!