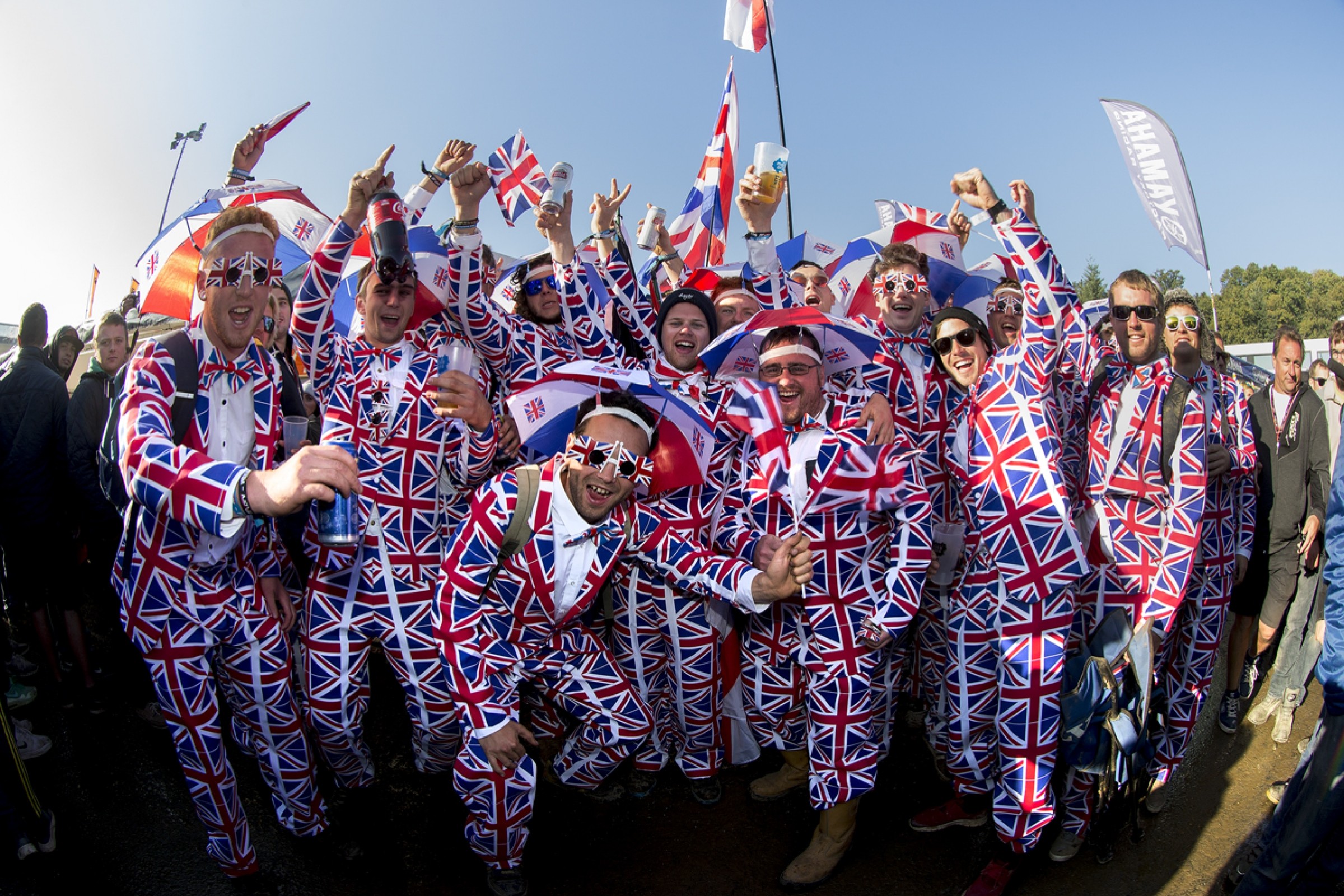 Attention readers: Jason Weigandt's British Uncle spends most of the year sleeping, a requirement of his advanced age, but when opportunity to regain lost glory knocks hard enough to wake him, he quickly finds a notebook and feather pen, jots his musings, and mails them to us. As always, the man firmly has both aching feet entrenched on the European side of all arguments. Read and beware!

Oh ‘ello! Lord Alfred Weigandt here getting me ‘self settled and ready for homecoming weekend. This will be a fine display of pageantry, pomp and circumstance, and the final check mate in this game of chess. Now, those of you familiar with my musings will no doubt expect me to predict a big victory this weekend AT HOME for the mighty GREAT Britons. And yes, that will happen, inevitably, undisputedly, indubitably. This Sunday, Sir Chamberlains Cup comes home, and my cup runneth over!

However, that is just the start. This weekend results in the culmination of the ultimate master plan, something much larger than winning silly motocross races. This weekend is the weekend when the sun begins to stop setting on the British Empire!

In me last letter I penned (with a feather) regarding the bloody brilliance of our mate Jeffrey Herlings, dispatched to America on a mission. Jeffrey is a special agent not unlike 007 himself—and yes, America, 007 is a reference to a British secret agent name Bond, James Bond. Is there a James in motocross circles that also goes by 007? Ah, perhaps so, but he was vanquished right here at Matterley in front of the Queen in aught Six, his days extinguished by King Stefan Everts! Mr. Everts was knighted for his triumph, and retired to a lavish lifestyle inside the gilded walls of the Citadel at Namur. They no longer hold Grand Prix races there, for Stefan deserves some peace and quiet in his golden years. I believe he still takes out his L&M-backed works Yamaha to cut the grass, however.

Anyway, Team GB’s “Motocross of Nations” success (great name change, by the way) is so foregone that it wastes me time to get into it here. We all know Europe has returned to the throne it never actually vacated, Herlings proved that with his fantastic double-weekend dominance in the U.S. Now we’re onto the sequel, and while many believe such can never be as good as the original, I submit Paul McCartney’s Wings as evidence that lightning can strike twice in a bottle.

Now, story time: Agent Herlings’ dispatch into the U.S. for two quick weekends of reconnaissance has left a lasting political impression, and a breadcrumb trail that stretches across the Atlantic. One Blake Baggett already took the bait, joking that he should spend some time in Europe to take some lessons from Mr. Herlings! Ah, that is the reaction we had hoped! Americans are now flooding our shores in hopes of finding that European influence. It begins with team leader Zach Osborne, who has already made the sacrifice. It continues with Thomas “The Tank Engine” Covington, who has also made the move. Cole Seely marks the perfect final chess piece. His love of California beaches and sun would appear to make him a die-hard fan of the U.S.A. lifestyle. Once, during America’s Golden Years dubbed “The British Invasion,” the second-rate U.S.A band The Beach Boys, now cratering under the success of The Beatles, admitted their sub-par musical talent and proclaimed that America had only but one thing left of which to boast, which was California Girls. Alas, Mr. Seely is no doubt hooked but show him a holiday in, perhaps, Brighton, and his mood shall change. You say you like beach sand? I hear Lommel is a beautiful place! California is very influential, and Seely will send notes home. Keep coming, friends, keep coming. Learn from Sterling Herlings. Visit the Everts estate. Realise what is about to happen: we’re about to recolonize the place!

It’s said if you can’t beat them, join them, and that shall become the American strategy after this weekend. Sterling Herlings put it to the Yanks on two-straight weekends, and now the Great Britons will take over at a place they already own. When the mighty Anstie/Searle/Wilson triumvirate shows the mettle of Nicholson/Ray/Rist (the first winners of the almighty Chamberlain Trophy) the Americans will have an obvious answer to if they shall beat or join, or even, to be or not to be. They will have been beaten, so why not just enlist? Seize the moment? More like cease! It’s time to shut this American experiment down and come back to mum.

Wilson already knows where his toast is buttered, as he reps the Scotts (and I don’t mean goggles). Osborne and Covington are practically begging for dual citizenship, and Seely will follow as soon as he ogles a bird from Page Three down on the beach.

Think of the might the Brits will enjoy once the Americans step aside from the brief time of the revolution and explain to the Queen that 1776 was all “just having a laugh.” As a recolonized, newly re-merged nation our ranks will swell. We would not only have Searle, Anstie and Wilson within our ranks, as well as Osborne, Covington and Seely, but perhaps even Ellis Tomac! On similar grounds, the Aussies are more than welcome back under British rule, so the door is open for Lawrence Hunter and even Chad Reed to join the royal Army. With such talent, the Brits will go on to an incredible win streak at the ‘Nations, pushing the mark up to match the all-time streak of 13-straight, which was at the time credited to the Americans but will retroactively become property of the Brits, and will thus also include our mighty streak-breaking 1994 win, making the current all-time streak 14, which we will then break by 2031. Furthermore, with the British and American ‘Nations trophies combined, we will stand well atop the all-time leaderboard. The Chamberlain might as well be given its own room inside the royal palace—the Chamberlain Chambers!

There are a few matters to tend to. First, Agent Herlings will attempt to put the spanner in the works by winning one for the Dutch this weekend. Such are the risks we had to embark on with such an ambitious programme. Osborne won his U.S. tiddler-class championship but forgot to hoist the Union Jack on his shoulders whilst celebrating on the podium. That would have been the easy way, but Zach must have already been under the influence of the podium spray. We had no choice but to press Herlings into service the next weekend. At the of Nations he is capable but I am not nearly as high on the Dutch chances of breaking through as the Dutch. For one, Glenn Colden “Eye” Hoff will be tangling with Mad Max in MXGP as well as the mad Brit fans. No pressure, lad! Brian Bogers will most likely be dubbed “Brian Bogged Down” once our customary soggy weather hits this weekend.

The Swiss? Again, this is a matter of true world realignment, and history tells us they would rather stay out of it.

Of course, the Belgians have provided friendly sparring partners over the last 70 years, give or take. They have been beset by injuries, though, and their chances have waffled. Oh I crack me ‘self up sometimes!

Injuries have also hurt the French, who had to go searching in the woods to find a capable third rider. Sadly, for them, the sun rising on the British Empire will include the setting of the Romain (Febvre) Empire, the reign of which lasted approximately 15 months. Let that be a lesson—sell your stocks high. Slovenia, you can gift us Tim Gajser at any moment, thank you very much.

For, see, they should all just come flooding over and form a more perfect union (Jack, jack). What begins this weekend isn’t a means to an end, it’s an end to the mean, when countries disrespected the Queen. America, meet the new boss, same as the old boss. It was a nice run for a few hundred years, but if mere pride is kicking you in the bollocks and telling you not to give up, I have rolled out a nice excuse for you to pad the impact: We won’t be fooled again.