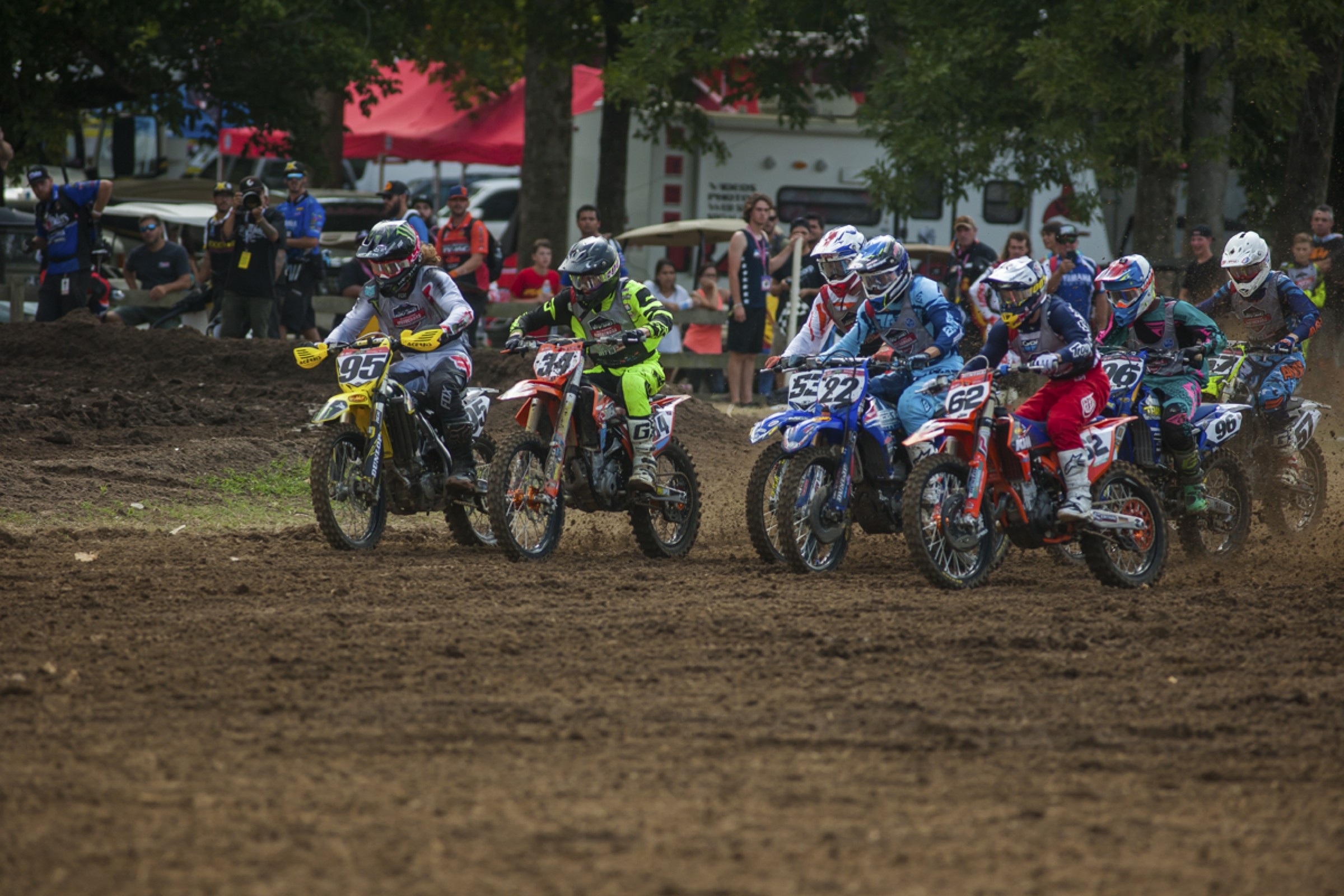 1.) Justin Cooper is for Real

Spoiler Alert: Justin Cooper is going to win the Nicky Hayden AMA Horizon Award. He won both of his classes—250 A and Open Pro Sport—and no other A-level rider can match that record. His Open Pro Sport title-clincher was the typical Loretta’s nail-biter and heart breaker, as Cooper started third but a rider in front of him crashed, leaving him with nowhere to go. He crashed and found himself out of the top 30. This put Team Green’s Joey Crown in contention for the title until he crashed while running second. Jake Masterpool then climbed into the lead and looked to have it, until he literally got stuck in a rut on the inside of corner. Meanwhile Cooper kept charging, and by the time he was in seventh he had enough to win the title—but he kept going to score third. After the race, he wasn’t happy with the comeback—his goal was to sweep all three motos.

The Supermini classes have gotten more competitive through the years, mainly because some brands no longer offer 125s, which means they have to keep talent stuffed on a 105 supermini for an extra year before transitioning them to 250Fs. That leads to an extra-stacked class. It was pure chaos in Supermini 2 on Friday, with Ty Masterpool leading the standings coming in, but he suffered from a terrible start. He made it up to fourth, which was enough to clinch the title, but then he crashed in the 10 Commandments, which would have handed the title to Stilez Robertson, who was leading. Then Robertson bobbled and went back to third, putting Masterpool back in control of the championship. His title must surely be the first-ever for TM at Loretta’s.

Loretta’s always breeds bad luck—the three-moto format is designed to produce it, almost guaranteeing one bad start, one mud moto, or some sort of adversity. Jett Reynolds, though, doesn’t seem effected by those things, with his dominant run of eight titles here in the last four years—and wins in all of his motos early this week. Then it finally happened: Jett tangled with a rider off the start of his Friday morning moto and sliced a radiator hose. He worked his way through the pack but the bike eventually quit, and Jett’s moto—and title streak was over. KTM’s Matt LeBlanc—with help from his Friends—took the title.

4.) The Deegans Finally have a Title

Brian Deegan’s son Haiden has been one of the fastest riders in the country as he has risen through the 51cc and 65cc ranks, but he’s had nothing but bad luck over the last few years here at Loretta’s, starting with a broken bike when a title was his two years ago, and a broken collarbone last year. In addition, Brian told us he was always denied a title here in his racing days, because he was usually matched up against the unstoppable Kevin Windham. Haiden faced a mud moto yesterday with the title hanging in the balance between he and his brother Daxton Bennick, but the Californian rode it like a veteran to get the win and the championship. His dad says out of all the things he’s won—a 125 Supercross and so many X Games medals—watching his kid score a championship here is a feeling like no other.

What great racing in the Girls and Womens classes. In Girls, Jazzmyn Canfield had the title on lock until her bike broke in moto three—Utah’s Taylor Allred went 2-2-2 to take the championship. Canfield also raced Womens on a YZ250, and had a shot at the title. She would need to win the third moto and hope Hannah Hodges would finish third. For a moment, it looked possible. Hodges led early but Canfield and Jordan Jarvis were all over her, and the three put on the best battle of the day. Then Canfield crashed and knocked her shoulder out of socket. Jarvis kept up her pursuit of Hodges and finally made the pass as the white flag came out, but she had a DNF in the first moto, ending any title hopes. Hodges’ second was enough to score the crown.