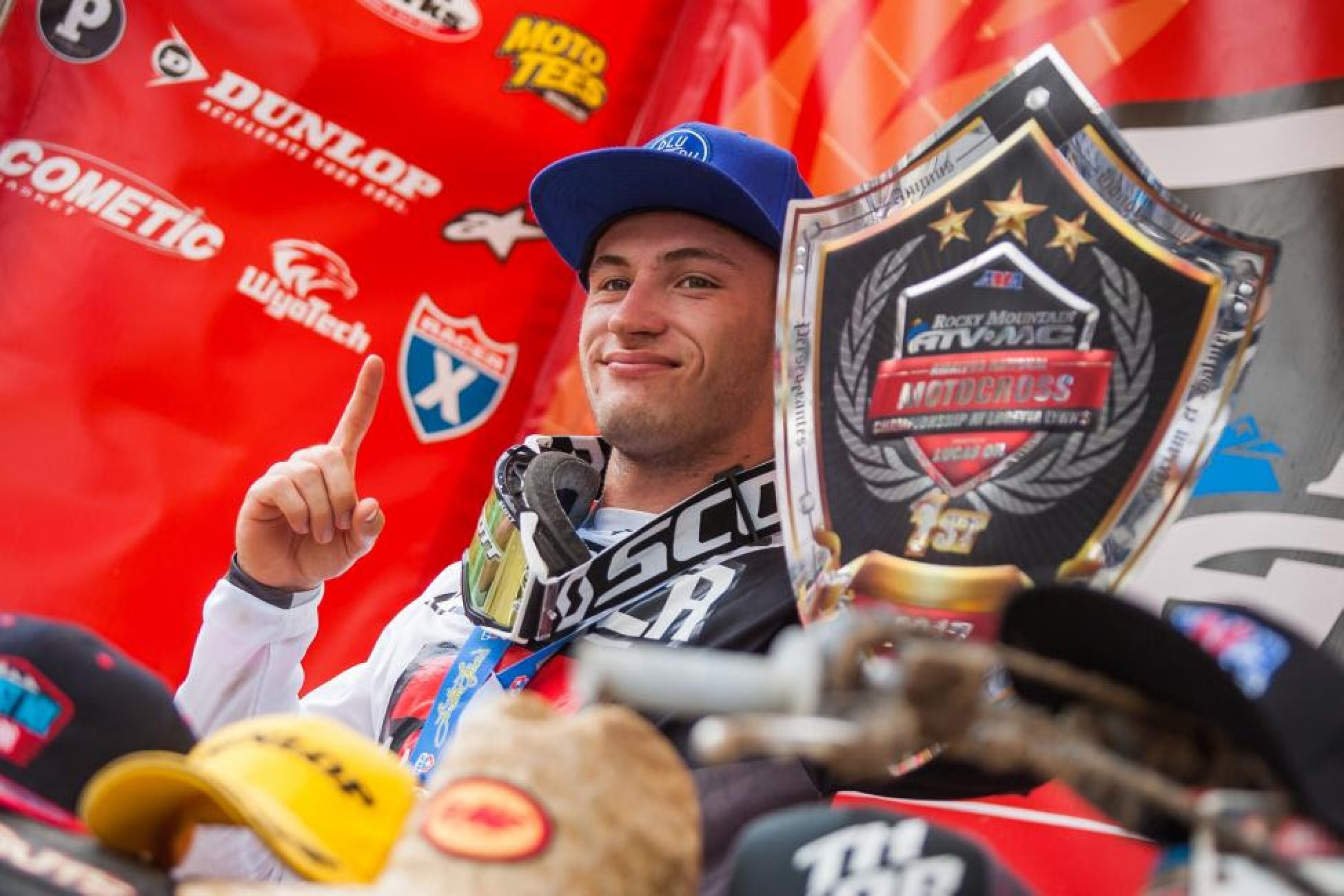 Exhaust: The Guys to Really Watch

Let’s cut to the chase right here at the Rocky Mountain ATV/MC AMA Amateur National Championship at Loretta Lynn’s Ranch, presented by Lucas Oil: Justin Cooper and Garrett Marchbanks are the riders equipped to make the biggest impact in the pro ranks right now. Cooper, with this week’s 250 A and Open Pro Sport Championships, is heading to Yamalube/Star Racing Yamaha in 2018. He’ll make his pro debut next weekend at Unadilla but with CycleTrader.com/Rock River Yamaha graphics on his YZ250F. Marchbanks was the star of this week’s B classes, and is on the same path that Austin Forkner was with Monster Energy/Team Green Kawasaki—there’s a chance he’s racing Hangtown next year instead of Loretta’s, even.

For sure, Cooper and Marchbanks have become the chosen ones. But for as much as we hear about huge amateur deals for kids and too-much-to-soon, there is no doubt that these two have made great sacrifices to get here. Those hard times might help them deal with the adversity that is certain to come in the pro ranks.

It’s often said that it takes a whole lifetime to become an overnight sensation, and that’s the case with Justin Cooper. It’s strange that with so many teams fighting to sign talent so early that a relative unknown could end up as the star of the week at Loretta’s, but that’s the case here—Cooper was basically a top-10 guy on minicycles. He had a breakthrough to a degree when he got on a 125, scoring third in Schoolboy in 2014. The confusing part came in 2015. He absolutely dominated the Collegeboy and Two-Stroke classes at Loretta’s, but those classes are generally not considered ones to watch—most of the top riders go to the regular Schoolboy, B or A divisions. Thus, his impressive six-moto sweep that year went somewhat unnoticed. He was in the A class last year, but he went down almost immediately and ended up with a broken wrist.

One of the unique things about Cooper is that he didn’t just use the Road 2 Supercross program, he actually raced a full slate of Amsoil Arenacross events to gain experience indoors. Star Racing team manager Wil Hahn tells us that’s what impressed him—Cooper didn’t even get on a supercross track to learn whoops before showing up at arenacross. He just went to the events, signed up, and used the races to learn.

Cooper’s background is not like a lot of the super-groomed amateurs. He is from Long Island, New York, which is not a motocross hot spot. The one local track there is now closed, and he actually spent his winters in New York, further cutting into his riding time. Instead of the training facility route, he just raced a lot, mostly at Raceway Park in Englishtown, New Jersey. This summer, the Star Yamaha crew sent him down to Cooper Webb’s place in North Carolina for the summer. Team owner Bobby Regan says when Justin showed up, he had worn out grips on his practice bike. The team told him to put on some new grips before a moto, and he said he didn’t have any. They also asked him to use a sand tire for sand motos. He didn’t own one.

Marchbanks’ situation was a little more typical of today’s amateur stars. He was fast immediately on minis, winning a 65cc title in 2011 and sweeping Mini Sr and Supermini in 2014 and 2015, respectively. By then, he was a marked man—Kawasaki racing boss Bruce Stjenstrom told me he made locking down Forkner and Marchbanks as number-one on the brand’s priority list, right there ahead of getting Eli Tomac. Bruce knows the 450 team is fortunate a talent like Tomac came up on the free agent market, but they can’t count on that happening again. It’s back to the old way for Kawasaki—getting great amateurs through Team Green and working them into the Monster Energy/Pro Circuit Kawasaki program.

As easy as it looks for Marchbanks, though, it’s not quite that way. He’s from Utah but knew to succeed he would have to head to one of the training facilities of the Southeast. He moved east with his mom. But even with a good amateur deal, riding and training full time is expensive and time consuming, and Marchbanks told me he has spent Christmas in South Carolina for the last four years, unable to make it back to Utah. At 12 years old, he was spending Christmas away from home.

Now he’s completely on his own, training at the South of the Border facility in South Carolina, with mom and dad back in Utah. He says he does his own cooking, cleaning and laundry, which is fine, but his only tough spot is not being able to drive—Garrett is only 15, so he doesn’t have a driver’s license. Fifteen and living on his own as an adult—the sacrifices made to make it to the top level these days are pretty darned extreme, no matter which path you choose.