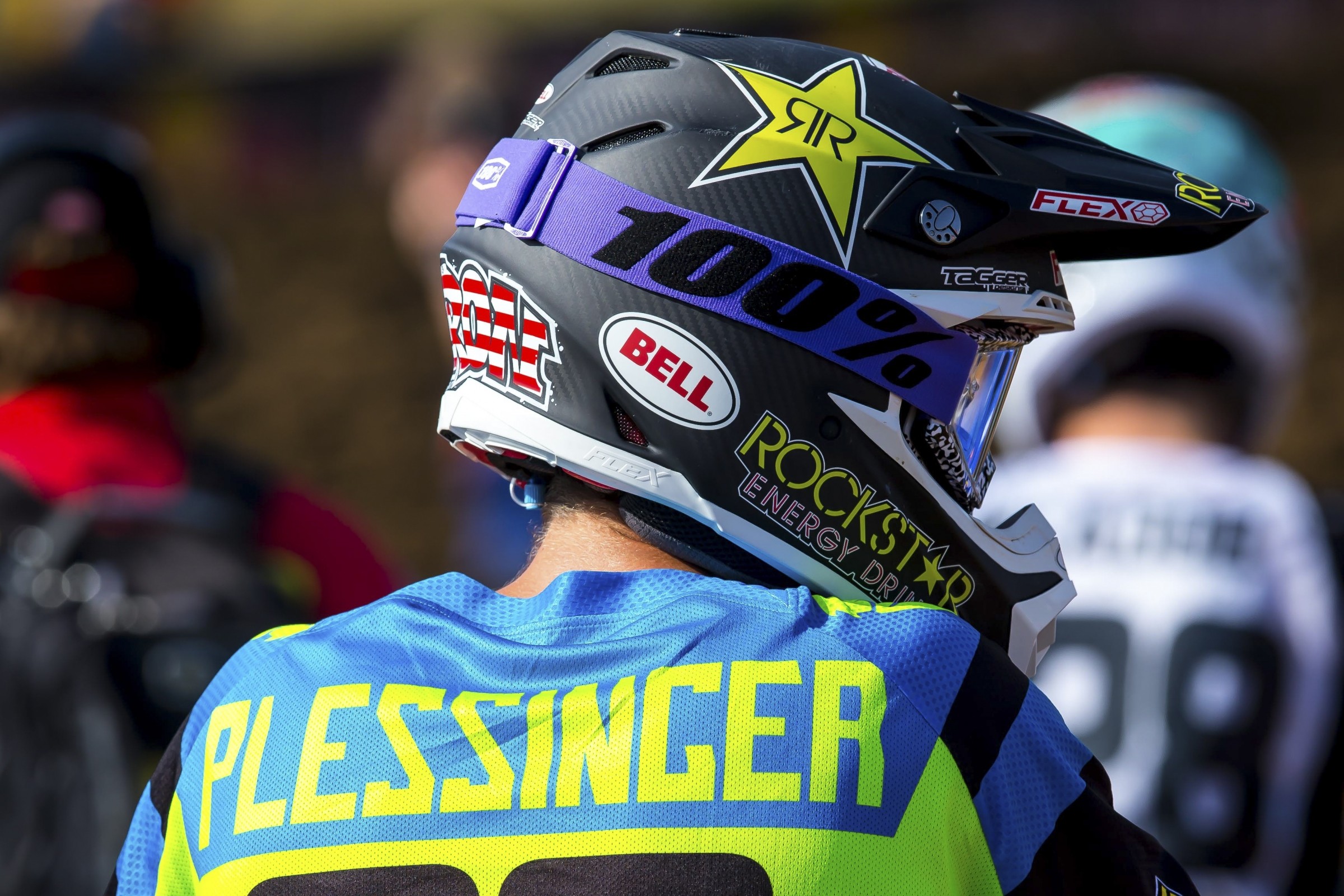 We’re four rounds in and Jason Anderson has already won a moto and has been on the overall podium three times. But, like any true racer, he’s still not satisfied, saying in the post-race press conference at High Point, “I need to get it together a little bit and start racing these guys and make it a little harder on them.” Anderson was bummed about leading High Point’s second moto early on only to finish in third. He’ll get another chance this weekend at Muddy Creek. He was third there in 2016, and given his current momentum he just might lock down his first 450 overall this time around. –Aaron Hansel

Things were going great for Marvin Musquin through the first three rounds of the season. The Red Bull KTM rider won the first 450MX overall of his career at Glen Helen and held a seventeen-point lead over Eli Tomac following Thunder Valley. Unfortunately he tore his meniscus just a couple days before High Point, leading to a 16-6 for eleventh overall, as well as the loss of the red number plate. There’s good news though, as Marvin told us on Thursday that the knee feels much better than it did a week ago, and he plans on staying in the title fight to the finish. He’s far from out of it—he only trails Baggett by eight points—but he’s going to have to figure out a way to keep from giving up a bunch of points this weekend if he wants to stay in the hunt. –Hansel

When Blake Baggett won at Thunder Valley he made a few provocative post-race remarks, stating his goal was to break Tomac, which set the stage for a High Point showdown. Unfortunately it never really happened—Tomac went down early in the first moto and checked out in the second before Baggett had a chance to give chase. Baggett’s fans can point to his overall victory, while Tomac fans can tout his twenty-second margin of victory in the second moto. Either way they never really battled on the track. Hopefully that changes in Tennessee. –Hansel

We’ve seen some good riding from Aaron Plessinger so far this season, but through the first four rounds it hasn’t been enough to put him on top of the podium. He’s definitely got the speed, but he’s also dealt with some abnormal circumstances, like going down on the blind side of a jump at Thunder Valley and being forced to watch his bike get run over, as well as crashing last week during practice and taking a hit to an extremely, ahem, sensitive region. But even with that incident he still managed to go 3-3 for third overall! It’s only a matter of time before he gets an overall win this season, and if he nails some starts at Muddy Creek, it could be as early as this weekend. –Hansel

Going 9-8 for eighth overall probably won’t earn you any headlines, but it’s still a very solid performance, especially for RJ Hampshire. Not because he doesn’t have the speed to do better, he does, but because he hasn’t raced a dirt bike since fracturing his lower tib/fib in Toronto. That’s approaching four months of downtime, making his 9-8 at a sweltering High Point against racers who are already in the flow pretty darn impressive. If he’s that solid in his first race back, what will we see from him in Tennessee? -Hansel

On the Lucas Oil Pro Motocross circuit since 2013, Muddy Creek Raceway has given North Carolina’s Cooper Webb and Brock Tickle, and Virginia’s Zach Osborne a “home round.” All three competed at the track during their amateur careers and are familiar with the tight layout. In the pro ranks, each has had varying success; Webb winning the overall in the 250 Class the last two times he’s competed there (2014 and 2016). Tickle’s podium there last year sparked a nice three round run until injury sidelined him for the season. On the heels of his first podium of 2017, Tickle says he felt like a podium threat entering the season. “Coming into outdoors I knew I was going to be a podium guy,” he said last week. “I felt that was realistic and it was capable. For me, I focused on my starts and that’s what I’ve been focusing on and obviously the things I needed to do to feel comfortable, obviously bike changes.” While Osborne hasn’t enjoyed the same success, he has to feel good about entering a venue he’s familiar with as he tries to hold off Jeremy Martin in the championship chase. –Chase Stallo

While they may not have been vocal about it, many questioned the decision of Jeremy Martin to leave the proven Yamaha YZ250, the bike he won his consecutive 250F championships on, in favor of a GEICO Honda deal. Martin is beginning to quiet critics as he’s averaged a 2.7 finish after a mechanical DNF in the first moto of the season. Currently 18 points behind Osborne in the championship chase, this weekend may prove critical as he tries to stop Osborne at his home race. Martin has sporadically dealt with arm pump in some motos, but after High Point said it’s really about gelling with the bike for him. “For me it’s more about comfort. You’re gelling. I like High Point, but I’ve always kind of struggled a little bit here. It’s a real hard base. I think everyone’s going to agree with that, and the ruts.” Can he gain points on Osborne this weekend? –Stallo

Shane McElrath is another fast North Carolina native with a ton of time on the Muddy Creek circuit, but after winning three supercross races this year, he’s been mid pack, fighting just to get top tens so far outdoors. Shane told us on Thursday that he spent about a month struggling with the hip injury suffered at the Seattle Supercross, and yes, even though he won the Salt Lake City race the very next weekend, he did not feel close to 100 percent on that night. When he showed up to the Nationals, he said he was riding his hardest and still going five seconds a lap slower than the leaders! He’s finally healthy enough to get back to his normal testing and training, and thinks his season might turn this weekend. Remember, it did last year—he came within one lap and one clutch Cooper Webb pass of winning the second moto. – Jason Weigandt

It’s been since Indianapolis in March that we’ve seen Trey Canard in action. A virus ruled him out of the remainder of Monster Energy Supercross then he injured his collarbone testing for Lucas Oil Pro Motocross, which cost him the first four rounds of the championship. Canard was expected to return next weekend at RedBud, but we found out on press day he’d be back a week early. After 10 years with Honda, we’ll finally see Canard on a KTM outdoors. We’ll see how he fits in four rounds into the series. –Stallo

It’s unclear if we’ll see rain on Saturday or not. Earlier this week there was a 90 percent chance; that’s dropped to around 50 percent now. The track did receive rain on Thursday, which cancelled press day and more is expected today. As Jason Thomas pointed out in his Staging Area column, Muddy Creek isn’t set up for rain due to its Tennessee clay base. The clay won’t absorb the rain as say Southwick would. We’ll see how much of a factor the weather actually plays this weekend. –Stallo