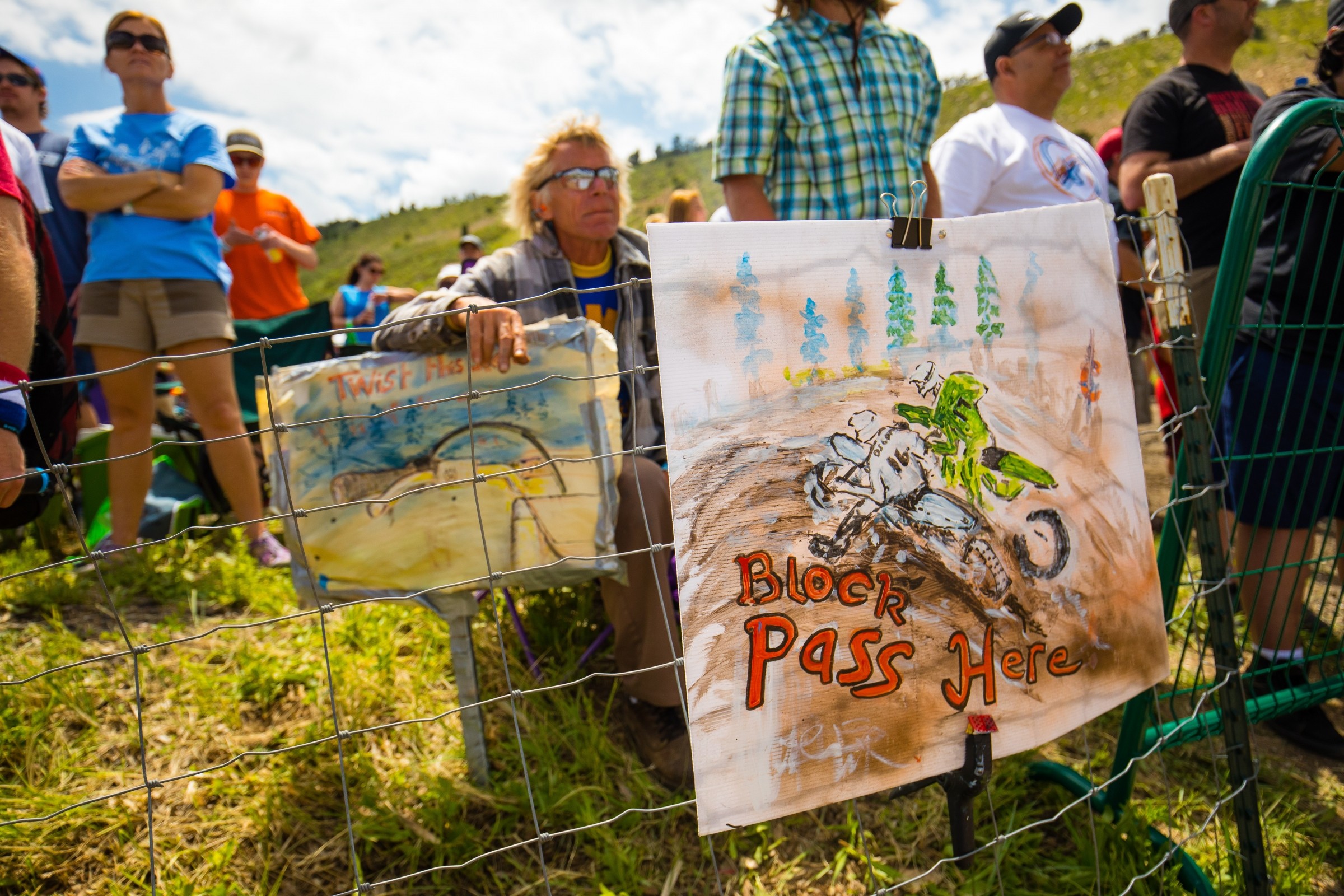 Every year around 40,000 people descend on the small town in the middle of the Irish Sea for the Isle of Man TT, often referred to as the world’s most dangerous race. The event, held since 1907, is exhilarating, as riders routinely exceed 200 miles per hour on public roads. It’s also come on scrutiny due to its high fatality rate. Sadly, three riders have already lost their lives in this year's competition, according to the New York Times. Since 1907, 146 competitors have been killed competing in the event. The New York Times this week published a brilliant piece on the event, which ends today.

For riders, the TT — arguably the world’s most dangerous race — represents a supreme challenge. Yet many of the world’s best professionals have never put tire to pavement on the course. They know that the consequences of even a minor mistake can be fatal.

“If Roger Federer misses a shot, he loses a point,” said Richard Quayle, a former TT winner. “If I miss an apex, I lose my life.”

You can read the rest here.

Who is the most popular athlete in the world? ESPN sought to answer that question in their World Fame Rankings. ESPN director of sports analytics Ben Alamar developed a formula that would attempt to create a ranking, through statistical analysis, of the 100 most famous athletes on the planet. Here is how he determined the formula.

We started off with Forbes' list of the 100 highest-paid athletes, then sought input from ESPN journalists to add other notable athletes. ESPN director of sports analytics Ben Alamar created a formula that combined athletes' salary/winnings and endorsements with their social media following -- Facebook, Twitter and Instagram -- along with Google search popularity to create a comparative ranking system.

Salary and endorsement figures for athletes were for the 2015 or 2015-16 seasons. Endorsement data was compiled by ESPN researchers. NFL salary figures count only the previous season's salary plus any bonuses paid out in 2015. (They do not match the salary-cap figures for the year.)

According to this formula, soccer star Cristiano Ronaldo is the most popular athlete on the planet followed by the NBA’s LeBron James, soccer players Lionel Messi and Neymar, and tennis star Roger Federer. The highest rated motorsport athlete is NASCAR’s Dale Earnhardt Jr. at 57. He is followed by Jimmie Johnson (NASCAR) at 58 and Lewis Hamilton (Formula One) at 59. You can check out the complete list here.

Pastrana Has a Sick Park Setup

The Australian motocross community is about to get a giant shot in the arm with a reported $5 million project in the works for the soon-to-be-known Sydney Indoor MotoX Park. The first-of-its-kind project in Australia will be located within the Eastern Creek International Karting Raceway and the expected 12,000 square metre facility will be housed in a revolutionary, climate controlled, air-filled membrane dome, which has been specially constructed in the United States. Per the release, the park will house three separate racetracks that can operate independent of each other and are being designed by a yet-to-be-named internationally renowned motocross track constructor.

It is the brainchild of lifelong dirt bike rider and motocross fan Mattew Bartolo and was born out of his frustration of having a lack of places to ride with his children.

“If you live in the Western Sydney corridor from Parramatta through to Penrith, you can drive for up to two hours before you find somewhere suitable to ride,” Bartolo explained. “Sydney Indoor MotoX Park will give riders a facility to ride in at any time of day or night and in any weather condition.

“Riders can bring their bike or hire one of our bikes and full safety equipment on-site. A rider can finish work, grab their bike and within 15 minutes of where they live, have dinner at our cafe, have a ride and be home by 9:00pm.

“The dome it is housed in is revolutionary and the first of its kind and size to come to Australia. We’ll have engineers come from the US to construct it at Sydney Premier Karting Park and will look to have our grand opening in line with the 20th anniversary of the karting park.”

MotoOnline.com.au has the full release.

Ping Would Love This Guy

Eduard Nikolaev is a two-time Dakar Rally winning driver for Team Kamaz Master. The giant truck he’s piloting is a Kamaz 4326, which is a 23,000 pound 1,000 horsepower rolling ball of “I can mess you up.” In the video below, Nikolaev takes the truck to Murmansk and jumps some ski moguls.

If you’re into photography, Black Flag (no, not the band) has a cool story on Formula One photographer Joshua Paul, who shoots with a Graflex made in 1913. Per the article, the camera weighs seven pounds and looks like a beast to shoot with. Check out driver Kimi Raikkonen giving it a try:

Shooting the 2014 Monaco Grand Prix in period meant hauling all seven pounds of Paul’s Graflex around, holding it at the base with two hands and looking down into the camera to frame a shot. From the outside, it certainly doesn’t look easy—just check out Ferrari F1 driver Kimi Raikkonen giving it a try.

Paul said he carries 10 film holders around with the camera, and that the quality of his shots often depends on the circuit he’s at and the weather that day. To keep the race cars from being a blur on film, Paul said he has to find a slow spot on the track, take his time and “hope it all comes together.”

“It’s all about trial and error, because the shutter speeds and apertures are so limited,” Paul said. “I just shoot a lot and hope all the stars are aligned.”

Check out the full story here, and look at the amazing photos produced with a camera more than 100 years old.

Here’s an Elephant Seal Rolling Down a Hill