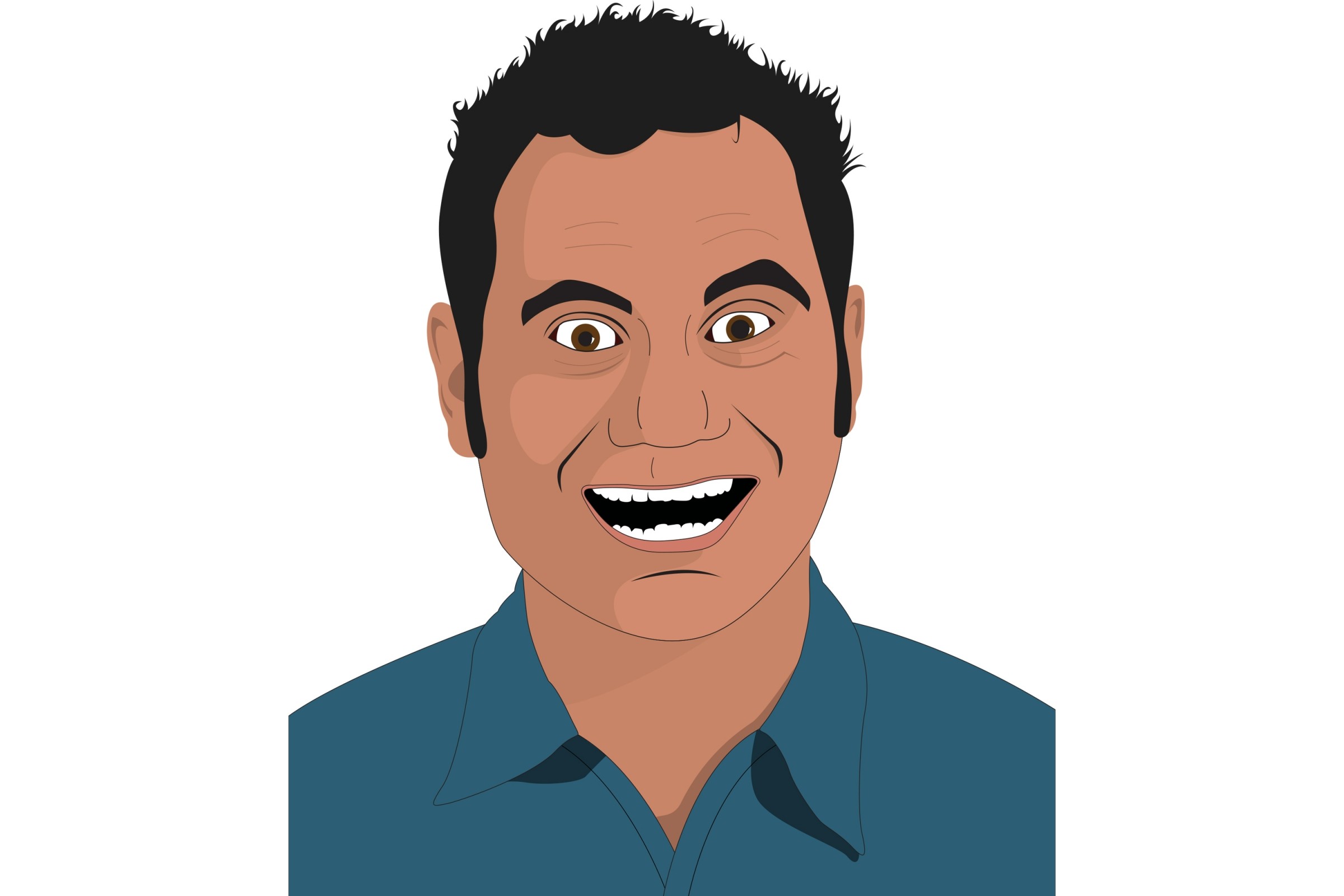 Weege read all three questions and answers in this week’s Ask Ping and realized they were all kind of pointed at him, so he decided to answer them, too!

Big fan of your humour, specifically the complaint image last week. Hopefully this one can cut the mustard to be a feature for Ask Ping next week. I understand that writers, just like fans, have the riders they cheer for and want to see succeed. However, there is one thing I have come to notice about Jason Weigandt’s (and a few other writers) take on Eli Tomac.

It seems to me that there is this notion that Eli Tomac didn't get the win in the first moto at Glen Helen because he was backing it down and bringing it home for points rather than going all out. As was written in Racerhead last Friday he "settled" for second, pulling a Dungey as some would say and bringing it home safe (which I think is BS but that’s for another rant). Almost as if he didn't win because he didn't want to… Seems a little bit fanboyish to me.

Another side was the Vegas supercross. It seemed they couldn't conceive that Dungey, whenever he got passed, may not have wanted to even try and check out. It was just look how easy Tomac can pass Dungey. Dungey knew being close to Tomac meant a championship. Why try to push it when you get by and make a quick mistake when the heart rate is elevated?

Anyways I could find more instances but I value my time unlike some keyboard warriors. Your thoughts?

I do not have riders that I cheer for and want to win. I had to check those feelings at the door long ago. Now my goal is to stay employed and to do that I have to help fans maintain interest in the sport. To blatantly get things wrong just because I want a certain rider to win means I’m not doing my job right, and risks alienating the readers. For that, I would be fired. So I’m not going to do that.

You might think I’m an Eli Tomac supporter, but I bet right now people in camp Tomac are saying I’m a Blake Baggett guy, which is like saying I’m rooting for both the Cavs and Warriors tonight.

The difficult thing for media folks like myself is that every prediction we make is recorded forever. We have to remember what we said in May could come back in August. Marvin Musquin won the overall at Glen Helen and Jason Anderson won a moto. I could get all crazy praising that, but what if Tomac comes back to win the title? Then I’m “Oh, the guy who went all crazy because Musquin won one race but look how it turned out!” So we have to hedge our bets, always. Don’t get too pumped when a dude wins, don’t get too pumped when a dude loses.

Let’s look at your evidence here. I am not at all implying that Tomac WOULD have won Glen Helen’s first moto if he wanted to. All I’m saying is, two years ago Tomac crashed out of the series after winning the first five motos, which led to the belief that he hangs it out too much and can’t win a title. Based on that, I can’t then trash the dude for getting second in a race, and declare that he’s getting smoked and Marvin’s faster and Eli’s not that good anymore, etc. If Tomac was previously looked at as someone who won and crashed but would be better off sprinkling in some seconds, well, I can’t get negative when the guy finishes second. Taking second doesn’t always mean you “let” someone else win; sometimes it just means finishing second when you get a bad start and the other guy gets the early lead, or that the other guy was faster but at least you beat everyone else.

As for Vegas, that’s not fan boy talking. This is just plain logic. I can’t fathom, for one second, that Ryan Dungey got into the lead but then calculated it would be less risky to not try and pull away from an angry Tomac, who had already hit him the first time he passed him. Pulling away would have been Dungey’s safest play; it was much more risky to keep getting rammed by Tomac. Also, I have to try to use facts and data behind my non-fan-boy decisions as much as possible. So, using that, how many times during the three months prior did Dungey check out on Tomac? Not enough to make me think he was suddenly going to do that in Vegas.

So who is really the fan boy?

I caught a pretty funny line coming from Grant Langston during the GH moto.  I wonder if many people got it.  As we all can imagine and (you know) the debate regarding who has the “trick” parts on a race team has gone on forever. Now obviously if the availability of the “Factory” parts is limited it would be the team manager’s job to get the sweetest stuff to the guy with the best chance of putting them to use  (i.e. winning). You obviously know Mitch Payton better than most of us out here so tell us straight… On Mitch’s team does everyone have the trickest parts available and essentially the same bikes?  The line that made me think of all this was after three of four Pro Circuit bikes broke on Saturday at Glen Helen, Grant said, “Well, at least they all know they are getting the same parts.” Dang funny to me for some reason.

Wait, wait, wait. Langston didn’t say that! I did!

Why is the TV package for pro motocross the worst in pro sports? How can we get all the SX races for 18-19 weeks straight with Fox, then mx comes around and first moto are on a channel 1/4 of the country doesn't get(mavtv), and if you do want to see all motos, it's 50 bucks for a app? I do understand moto seems longer than SX, but not really.... whoever came up with the 2 channel thing needs fired..... In this modern day with social media and internet, why not put it on TV too? Just doesn't make sense to loyal fans. Then they wonder why they can't land outside the industry sponsors, who's gonna shell out millions to sponsor a bike or team the may or may not be on TV. I know MX might not have the wow factor of supercross, but there are fans out here and not knowing if the race is going to be on, on Saturday, Sunday, or 4am on Tuesday is a bit frustrating to the regular fans. Thanks for your time, keep up the good work.

We get this all the time and all I can say is—and I’ll use all caps for emphasis—IT IS NOT POSSIBLE TO GET ALL FOUR MOTOS TO AIR LIVE ON A TOP-TIER CHANNEL ALL SUMMER LONG. You can fire whoever set up the current package, but then you’ll have to fire the next guy who will also fail. No negotiator on Earth, not even Donald Trump, could get a top-tier cable network to give motocross four straight hours of live coverage in the summertime, when every major motorsport and tons of other sports are fighting for that exact same space, and, unfortunately, they are all more popular and get better ratings than dirt bike racing.

Actually, if the Nationals had not been moved to Saturday (back in 2009) the TV package wouldn’t even be as good as it is now. When the races took place on Sunday, the biggest race day of all, they had zero chance of airing live anywhere, so they didn’t even bother. They sent cameras to the race, shipped the tapes to a studio, and edited them to air a week later. That’s what went on forever until the move to Saturday, which helped immensely. I mention this only so you know that the people behind the races do try to make changes that result in better TV.

So there are three solutions: put all four motos on non-basic cable network like MAVTV, cut to a one-moto format and show the only two hours of racing that remains on NBCSN, or just try to do all of it, which is the current solution. Keep all four motos, accept the only two-hour time slot the bigger channel will give you, and offer it all live online for the people that really, really want it.

Unfortunately, there’s no other way to get all four unless the sport grows massively. I know, I know, “If they just aired all four live it would grow massively!” but there’s no way to prove that. Dirt bikes have never been mainstream popular. TV networks aren’t in the game to risk it all to help any particular sport. If they have something they already know will get a good rating in that time slot, they’re going to go with that every time.