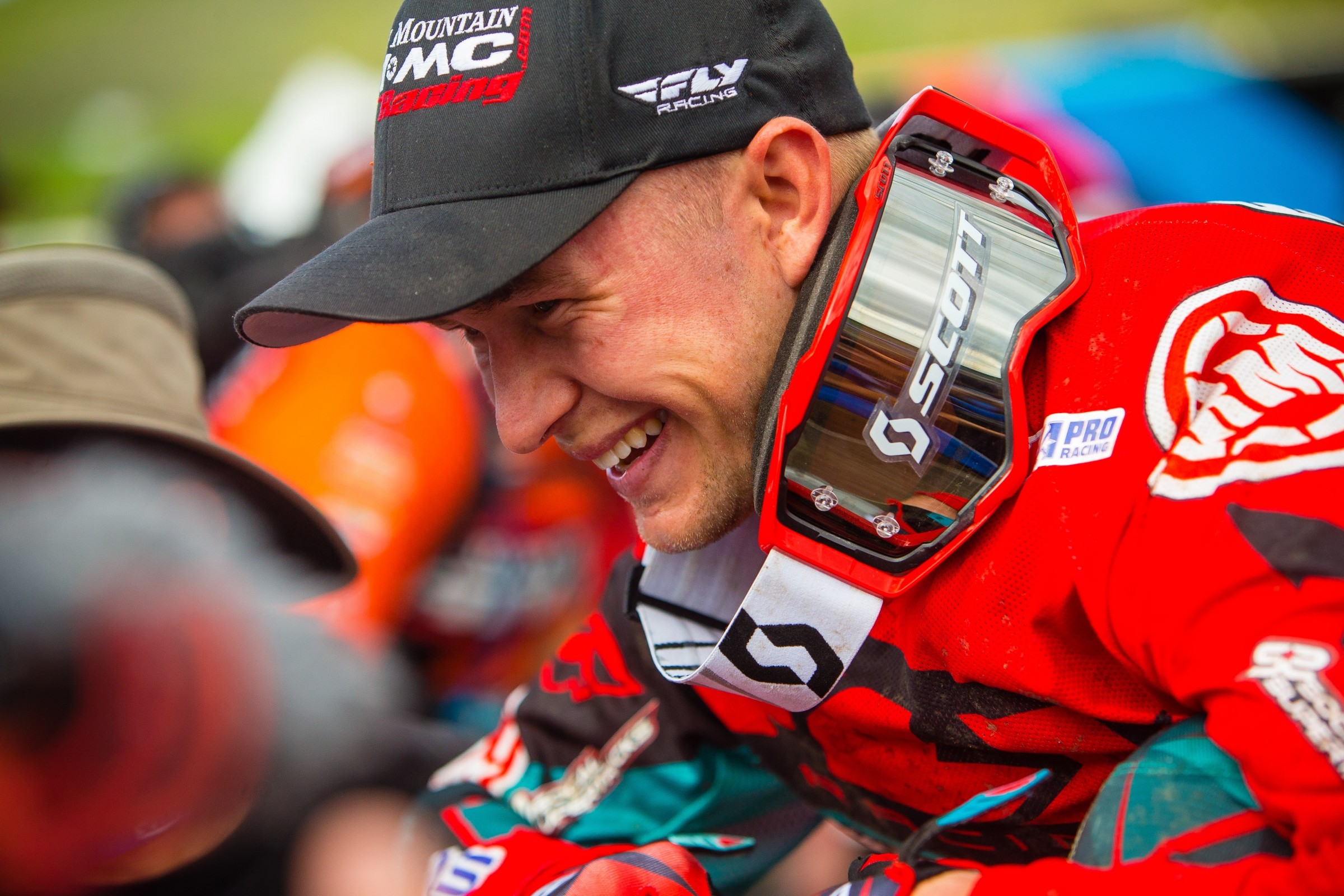 Last week I dove into a missive that we should be exploiting the drama more than we usually do for the good of the sport. Yes, for the good. Digging up the mud and kicking it around sounds dirty but it accomplishes one thing: it keeps the fans interested. And without the fans, we’re all done. But wait, doesn’t the media already exploit the hell out of everything to create hits and ratings and clicks? Ha. Not in this sport—we run a protect the shield mentality first, and a release information mentality second. But that’s small thinking—protecting a few prevents getting the interest and attention of others.

So here comes a crazy weekend at the races—which I could say is the craziest weekend in a long time, but maybe not because Glen Helen was a wild one, and so was Las Vegas, so was New Jersey, and Salt Lake City … this has been a trend. Good racing solves all problems. It makes the sun shine brighter, your wallet feel fatter, and your wife look hotter. Nothing can bring you down when you’re on a high from watching great racing! So we’re really in a great spot right now just with the on-track stuff.

But then, post-race, we get this from Blake Baggett:

“The goal was to do what he’s done to us many times and that’s just break him [Eli Tomac],” said Baggett in the post-race press conference. “That’s the bottom line. He’s done it to all of us a lot. I felt like today was the day to do it. When he gets a lot of confidence he gets on a roll. For the whole KTM/Husqvarna team, it felt like it was just there and I needed to take the opportunity and run with it.”

“I feel like the bike is really doing what I want it to do,” started Blake. “It’s not like I’ve never won a race before or have never passed someone after the halfway point before. Maybe that same person [Tomac]. I know a lot of people talk about that person’s father, but I’ve never raced that father, nor do I care. Bottom line is we’re racing for money, we’re all adults, the money that we’re winning is going to put us through the rest of our career, and our careers are short, you’ve got to save what you can, and if that guy wins he’s taking your check home, and you could be feeding your family with the money you could have won. So bottom line is, I need the best stuff. This is the best opportunity to show what I have. It’s not like I haven’t showed it before, maybe I need to knock some dust off of some boxes, but I think I wiped it pretty clean this weekend.”

I know Kendrick Lamar says sit down and be humble, but that’s not Baggett’s play here. He’s standing up and being bold. Of course that kind of talk gets people talking. I’ve seen some cheering this approach, and others jeering. It’s getting people talking, though, and that’s why I like it.

Matthes and I were talking about this on the Fly Racing Racer X Podcast on Sunday night. Both of us were kind of surprised that Baggett, after just one 450 career win, would suddenly talk this big this quickly. This, then, led to yet more debate about whether or not Blake is qualified to make such bold claims. Did he beat Tomac straight-up for the 250 National Motocross Championship in 2012? Yes. Has he beaten him much since? No. So the debate continues. We not only have Baggett establishing (re-establishing?) himself as a guy who can win 450 races, but by throwing some shade, he’s staking his claim that he can do it again. You don’t talk that kind of crap if you don’t at least plan on backing it up.

But you just know none of this is sitting well with Tomac. The guy with the stone-cold assassin stare isn’t going to get mad, he’s going to get even. Surely he’s heard all of this talk and will be fired up to make his own statements on the track at High Point next weekend. This kind of heat that will make these next few weeks so fascinating to watch, no matter which side you’re on—Tomac’s, Baggett’s, or just a curious onlooker without a foot in either camp.

That’s where I stand. Baggett and I appear to have a close relationship because of some fun interviews we’ve done through the years, but I leave my connections with him where I do with the others. We speak for a few minutes during the race weekends, share some laughs and scoops, and move on. Blake got married a few weeks ago, and I didn’t get an invite to the wedding. I’ve never been invited to a rider’s wedding and I didn’t have any riders at mine. Media members are some of the few people roaming the pits each weekend that don’t have a direct tie to any one rider. No matter who wins, it doesn’t impact my paycheck, and I won’t lose or gain employment depending on who wins. But having some talk, some drama, and bad-ass racing definitely might help. I’ve decided I’m all for this.

What’s more? Neither of these guys are the points leader! Marvin Musquin holds the red plate, and Jason Anderson is proving to be a reliable contender (take his one-in-a-million rock to the eye shot and DNF in Hangtown out of this, and he’s right there in the points. So, on average, he’s been right there). But as for those guys, we have this from Baggett:

Hmmm, wonder who he is talking about?

We have a great dynamic building on the track, but also with the personalities intertwined in these battles. Normally, we’d just let the riders speak for themselves and let the quotes sit for the next two weeks. We’d protect them from making their own words or actions work against them, and not kick things around any further.

Nah. Let’s have some fun with it. See everybody at High Point!