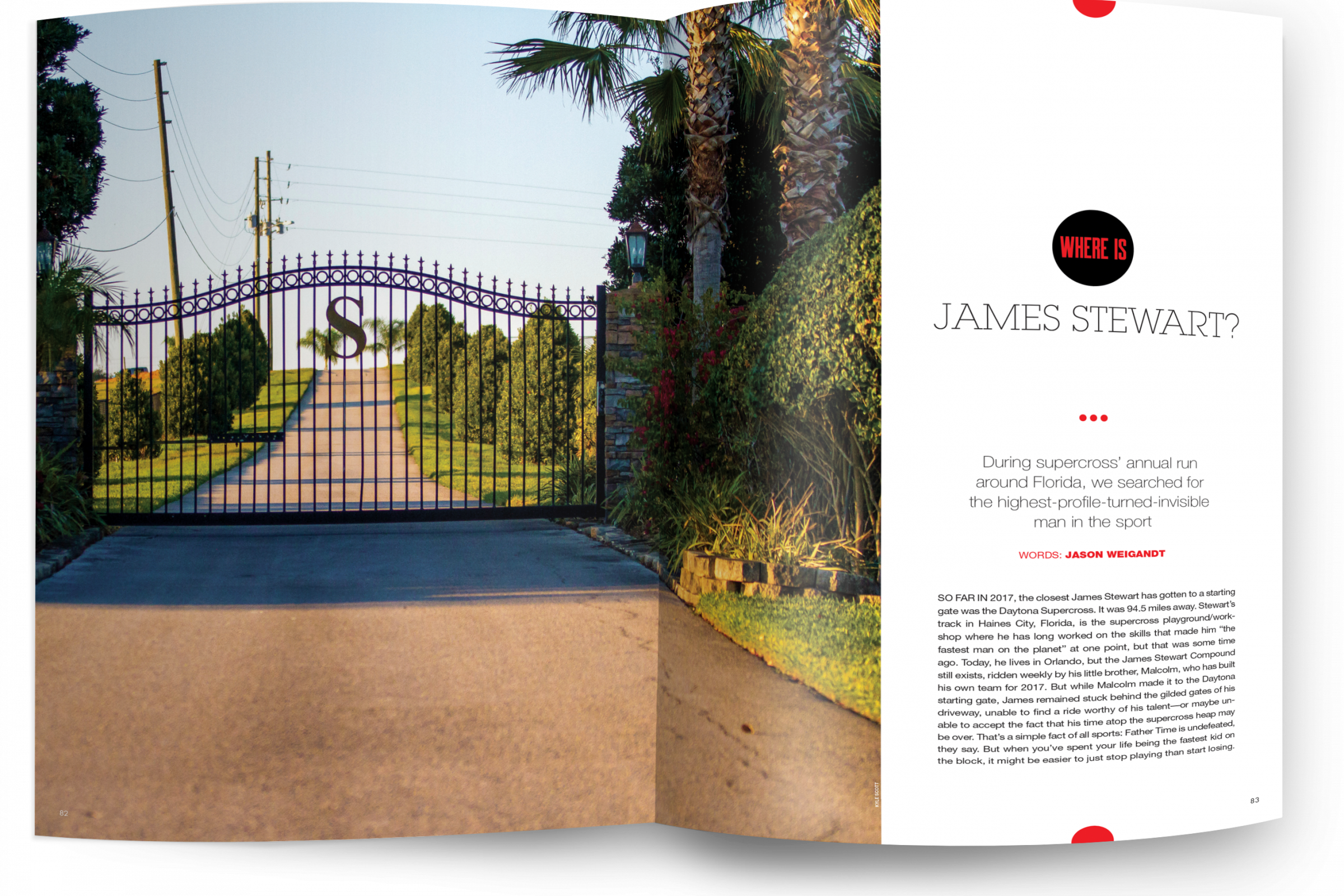 In the Mag, Where is James Stewart?

James Stewart doesn’t really owe anyone an answer. He doesn’t work for anyone right now. He’s not employed by a team. If he wants, he can just stay quiet forever, enjoy #dadlife, and do whatever he wants. But while he didn’t owe us an explanation as to what’s next for his racing career, that doesn’t mean people don’t want one. Fans are asking, and Daytona seemed like a logical place to find an answer, or James himself, since it’s the closest race to his central Florida base. But the Daytona Supercross came and went just like every other race this year, without any James Stewart sightings.

Is he retired? Is he coming back? Is he riding? Working on anything?

We went to the best source we could find—his dad, Big James—and asked. What came next was a long, long conversation that took up just about all of our Saturday afternoon at Daytona. We learned about bike deals that didn’t happen and what James needs in a bike to win again. While we didn’t talk to James Stewart Jr. himself, Big James knows a lot, and he didn’t hesitate when we asked The Big Question: Will James Stewart race again?

Big James says yes, he will. Why?

“Because he’s not going out like that,” he says.

We got so much stuff that we needed a photo to go with the story, but since we don’t have anything of James Stewart in 2017, we decided to go to the famous Stewart Compound in Haines City, Florida, and shoot a picture of the iconic front gate, with the big S on it.

While taking the photo used for the opening spread of this story, a white SUV came rolling down the driveway, the gates opened, and we thought we were in trouble. It wasn’t security, though, it was Malcolm Stewart, just leaving after a day of riding, and we decided to invite ourselves to dinner with Mookie and his crew.

We enjoyed a great evening of bench racing, but we never really asked too much about his brother James. Dad had already told us a bunch—and maybe the next statement—at some race, somewhere, someday—will come from James Stewart Jr. himself. Because according to dad, he’s not done yet.