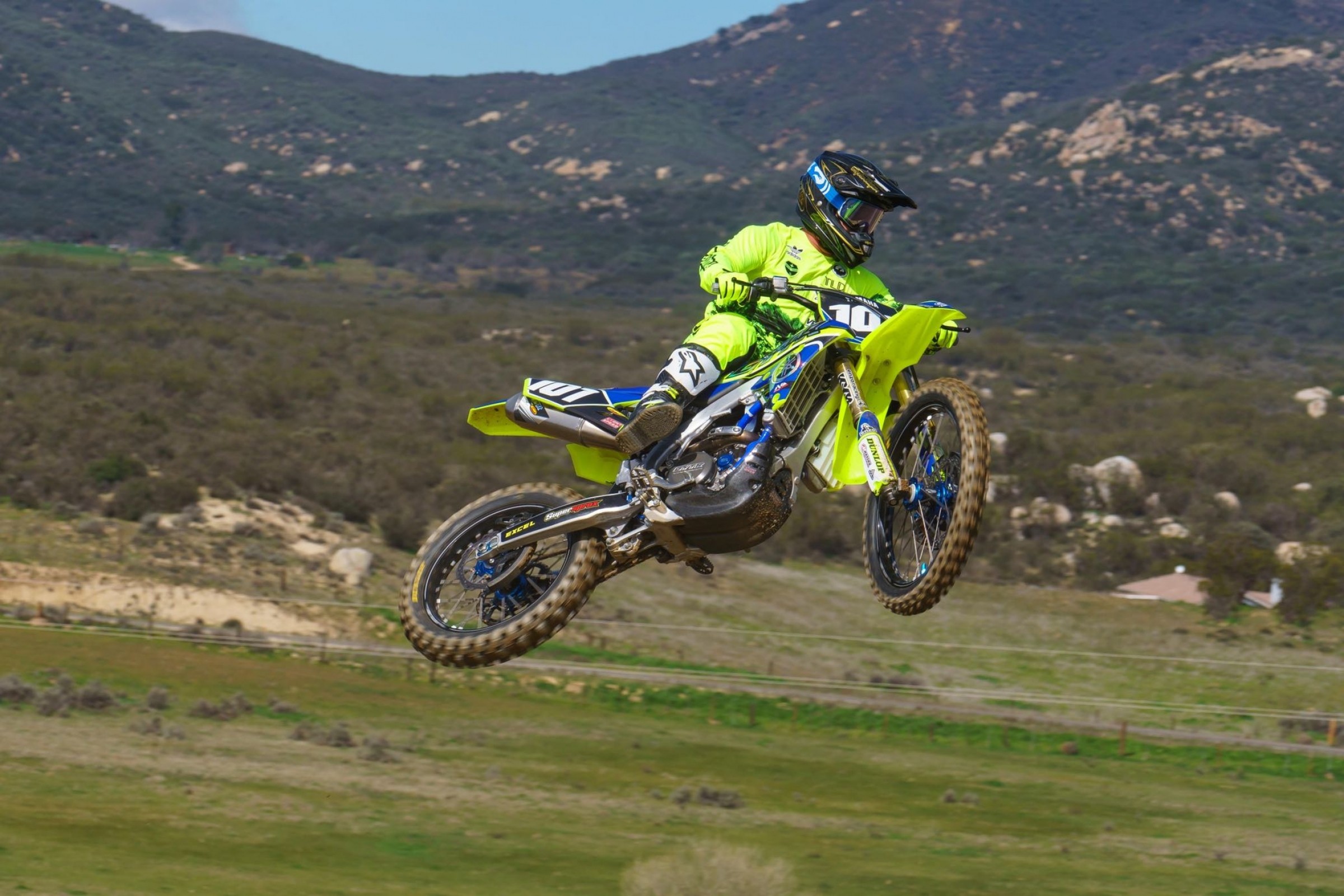 Love the column. Now the pleasantries are out of the way let's just get right down to the brass tax. On Saturday we all saw Dungey get held up by Reed. The announcing team and RC were very cautious when talking about this situation and didn't lean one way or another, as they should, since they must be neutral. However since every reader of this column knows you speak your mind (which is refreshing these days) what is your take on it? Was Reed justified? Did he overstep the mark? People say it was hard to pass, I understand this, but surely along the start straight or something he could have moved over a little. Personally I think it was cheap move and he should be penalized, but what's your opinion?

This all started back in Detroit where Reed felt Dungey took him out in the first turn. The crash left Reed with some road rash, another bad finish and a grudge. After watching that tape several times I have a really hard time blaming anybody for that crash. It’s a first turn—there isn’t room for everybody at once. In St. Louis, Reed put an aggressive pass on Dungey early and almost knocked him off the track a few laps later when Dungey made an attempt to pass before the over/under bridge. Ryan made a comment on the podium after the heat about Chad trying to take him out and being immature and apparently those are very offensive charges to Reed. That brings us to the most ignorant three laps of supercross I’ve seen in a long time. Instead of handling business like a man and having a face-to-face conversation with Dungey, Reed passive-aggressively held him up just long enough to remove any chance of catching Eli. He dropped his lap times two seconds for those three laps! Two seconds! If you don’t have the balls to talk to Dungey about your frustration then smash into him in practice or roll a jump in timed qualifying and roost him—there are many kindergarten-approved ways to make yourself feel better. But to jump in the middle of a championship title fight that is coming down to the wire, for any reason, is despicable. The AMA fined and penalized him, but they ought to make him park it for the season, as far as I’m concerned. Reed tarnished his legacy, big-time, with this move.

I'm sorry I'm a bit late but I want to congratulate you on becoming a full-fledged firef**. I was in town recently after selling that rental house you said I'd be stuck with until SoCal falls into the ocean. To my utter disappointment, I did not see you rolling around in that big red 4x4 complete with fire hat sticker (maybe a Crossfit one too).

So to get to my question....Most of my old buddies that are SoCal firef*** have some type of secondary income (see $1000/month red truck payment). It seems you have been a bit more busy in the moto business lately so I was wondering if this will continue to be your side biz? It sure beats installing house alarms or sprinkler systems....

Yeah, you seem like you have a real grudge against guys in the fire service, which leads me to believe you tried to get hired and couldn’t. Sorry, bro, maybe check with the police department. Or you have an alternative sexual lifestyle and you’re throwing out bait. Either way, bad form. I’ve worked for Racer X as an assistant editor, West Coast editor, or editor-at-large for the better part of 19 years now. I love it. And I love not being so close to it that I can’t speak about issues honestly. Journalists who have to go to the races every Saturday can’t say anything that would upset riders because they wouldn’t get interviews anymore. I don’t have to worry about that. See my comments about Chad Reed above as an example. Love it or hate it, I’m calling it the way it is. Glad to hear you sold your house, Mick. Try not to be so angry.

I am genuinely happy that you have the racer’s backs and can add insight that non-industry folk may not have. However, your response to “Jim” hating on Barcia last Friday took a strange turn in my opinion. We all have the capacity, or in some cases pleasure (like Jim), in recognizing bad behavior in others. My kids could recognize a “d…” move their brothers put on them when they were in their 2’s and tattled about them. For you to imply that some keyboard warrior with a desk job is not capable of commenting on a rider’s “d…” moves is incredulous. First of all, most fans of the sport have ridden, raced and wrecked. And the fact we did not reach professional status might be a sign of better judgement, not poorer judgement. We still have bikes in the garage and share the passion which is why we get caught up in the racing and rubbing.

You seem to imply Barcia is above scrutiny because of his setbacks. Just because I have a setback at work does not give me license to yell at my wife or kick the dog. Simply because Barcia is frustrated with his own performance does not mean his on-track antics are cool either. Bam-Bam can keep ballin’ and we will keep putting him on blast -or maybe we will like his Insta-story and be his number one fan. And any rider is welcome to come to Arizona and criticize my work, he just might have to get in line behind my wife, kids, dogs, co-workers, clients, building inspector, and riders that have blocked me on Twitter.

Fair enough. I wasn’t defending Barcia’s actions on the track, I was trying to explain where his frustration and desperation are coming from. When you are expected to win and you’re struggling to stay inside the top 10 it can cloud your judgement. His pass attempt on Alex Ray last weekend was another example of trying to make too much happen too soon and coming out looking like a d***. That said, I take umbrage when folks who don’t have all the facts, or credentials, to pass judgement, do so flippantly. I know, firsthand, how hard these guys work, how much they risk and how frustrating it is to produce poor results so it makes it personal for me. Still, that doesn’t excuse poor judgement on the track so I probably toasted that guy up a little more than I should have. If he still reads this column, consider this a sincere, heartfelt apology. If not, why? Must be a soft-in-the-middle b**** who can’t take a little heat.