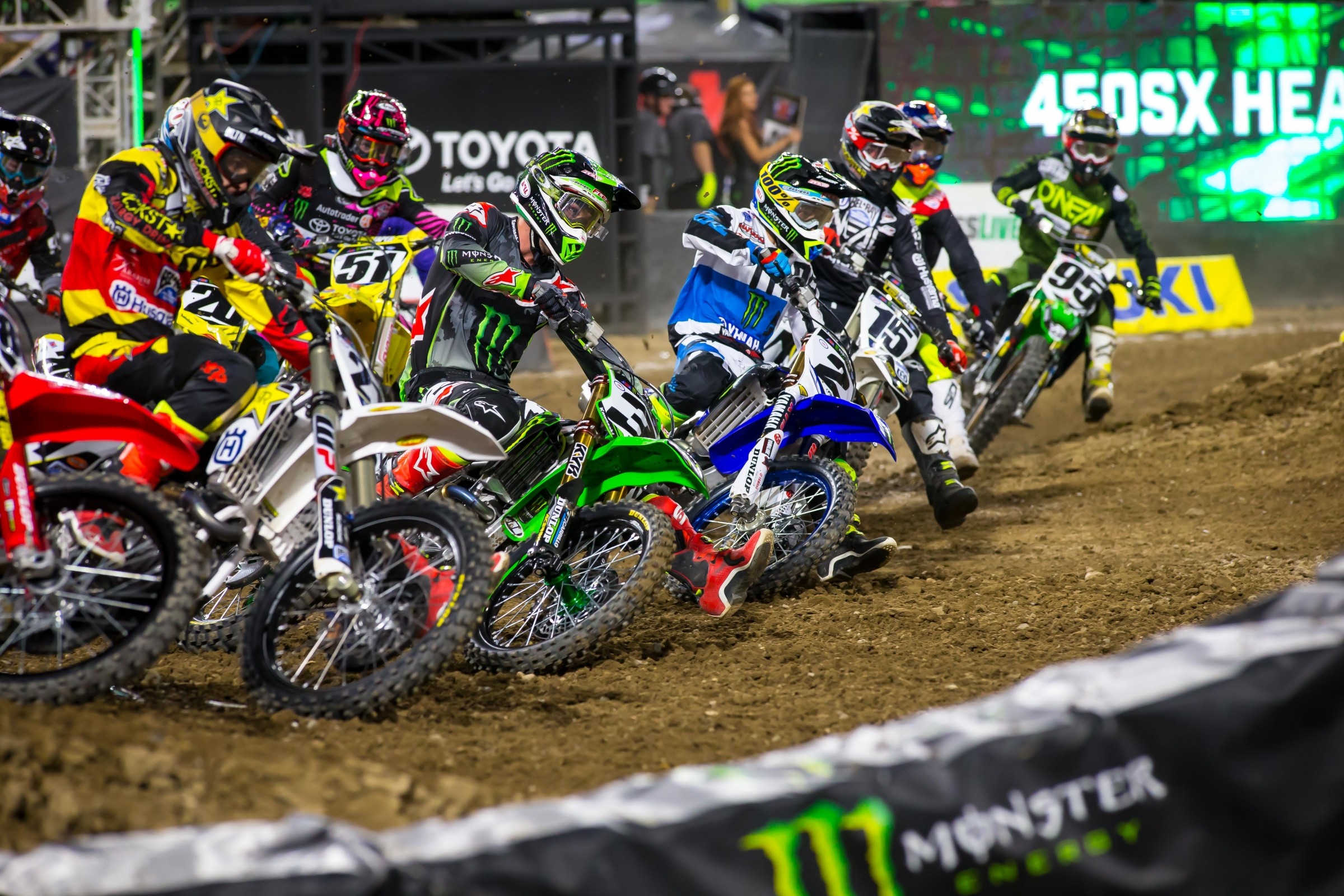 Earlier this week in Sign of the (Lap) Times I wrote that Ryan Dungey's starts have been an issue for him this year. I supported that claim by stating Dungey's average position after lap one is 5.3 compared to Eli Tomac's which is 4.6. Jonathon Du Pons left this comment on the article:

"I'm not sure how this stat has any significance. at the start of the year ET was getting terrible starts while Ryan was killing it, and now the roles are reversed. It's like saying if my feet are in the freezer and my head in the oven, on average my body temperature is spot on."

While I haven't put my head in the oven and feet in the freezer, I do agree with Jonathon that the average position after lap one can be a misleading and sometimes irrelevant stat because it doesn't actually tell you who got out of the gate the best. So for this week's List here is my attempt to show you who's getting the best starts between the two.

Since the AMA doesn't provide data for what order the riders get to the holeshot line, I went at it the old fashioned way. Here are screenshots of each start and I've highlighted where Tomac and Dungey are in the frame with green and orange boxes. I also provided their positions after lap one to give you an idea of how the rest of the lap transpired. Take a look at each start below.

Early in the season Tomac's starts were mediocre and he was often around mid-pack after the first lap—and when he did get a good start at Anaheim 1, it evaporated with arm pump. Dungey was decent on starts to begin the year, but in Toronto, Daytona, and Detroit they were absolutely horrendous. Meanwhile, Tomac has been solid out of the gate lately. It's no surprise that this is when Dungey started to give up major points.

Just as a reminder, here's a graph of Dungey's points lead over Tomac this season. Who will get the start this weekend? It's going to be very critical.