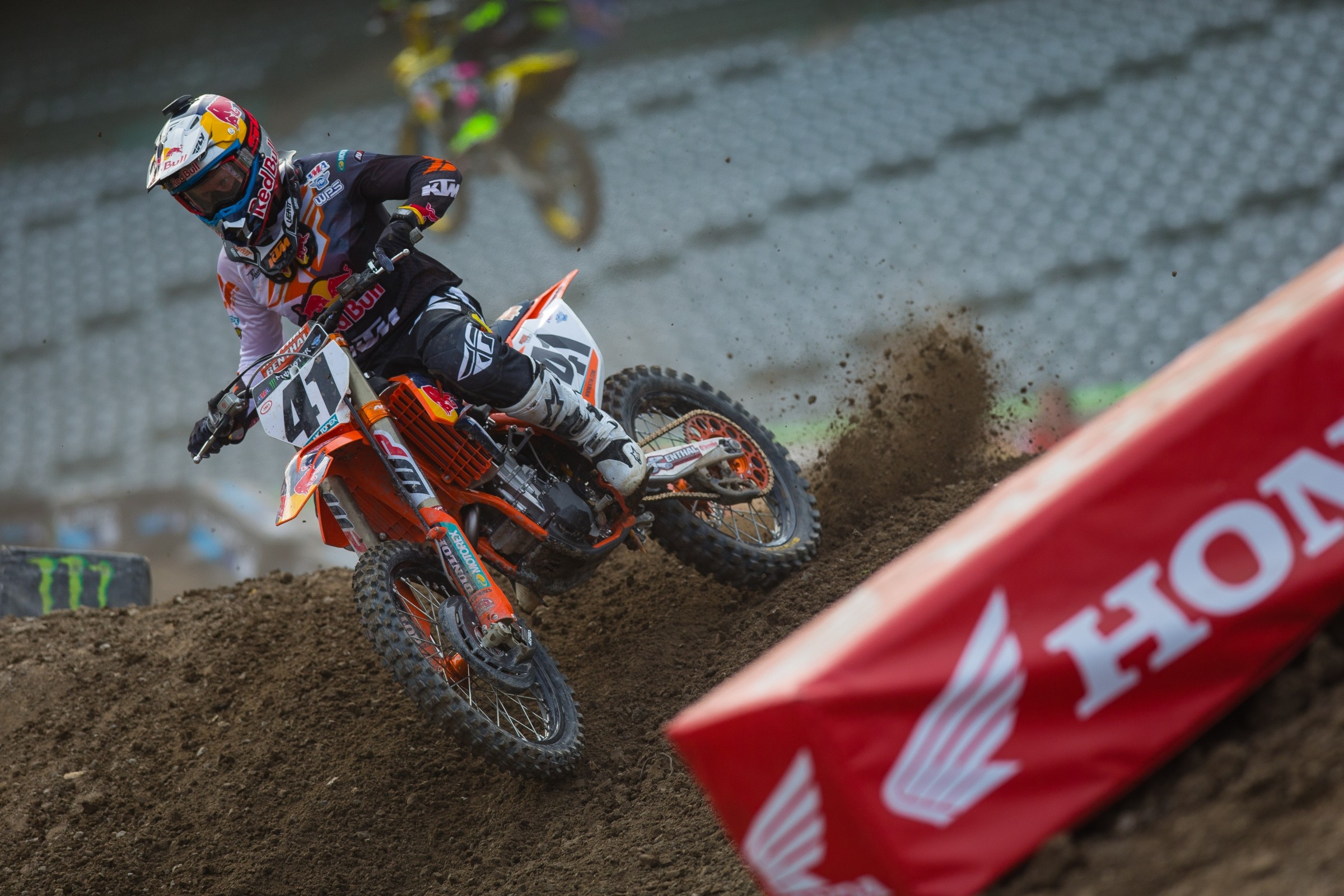 Comment: Last week Alessi found himself on the wrong side of a downside when he cased a triple sickeningly and caught his stomach hard with the handlebars. He checked out okay but is extremely sore and was in obvious pain later in the pits. Earlier this week he posted a short video of the crash on Instagram and said he’d make a decision whether or not he’d race in San Diego as the week progressed. When contacted on Wednesday, the team said it’d be a race day decision.

Comment: Barcia injured his wrist several weeks ago and suffered a fracture of his lunate bone along with some ligament damage. No surgery is necessary but he’ll miss San Diego. The team hopes he’ll be ready to go by the third or fourth round.

Comment: Canard crashed in practice last week and suffered a minor tear in his rotator cuff. Canard says the tear is minor and once the swelling goes down he should be cleared to race. He’ll miss San Diego.

Comment: Clason injured his hand at a German Supercross round and missed Anaheim 1. He plans on giving it a go this weekend in San Diego.

Comment: Alldredge sustained a broken collarbone in a practice crash earlier this week. He'll miss San Diego. The team expects him back at Oakland. Barn Pros/Home Depot Yamaha has signed rookie Jon Ames to fill-in while Alldredge is out.

Comment: Bisceglia broke his foot recently and had surgery the following day. He was scheduled to race the 250SX West Region, but will now try to be ready for the 250SX East Region. His doctor gave him six weeks roughly eight weeks away from the start of 250SX East. Phil Nicoletti is now racing 250SX West in Biscgelia’s spot.

Comment: A broken femur sustained during a practice crash will delay Nichols' debut for Yamalube/Star Racing/Yamaha, but he hopes to be ready for the 250SX East Region.

Comment: Reis crashed at Milestone MX recently and suffered a bunch of injuries, including a torn ACL and MCL in his left knee and a broken left heel. Bummer deal for Reis, who on Instagram said he was attempting to avoid a downed rider when the crash happened. He’ll undergo several surgeries and is out for the season.