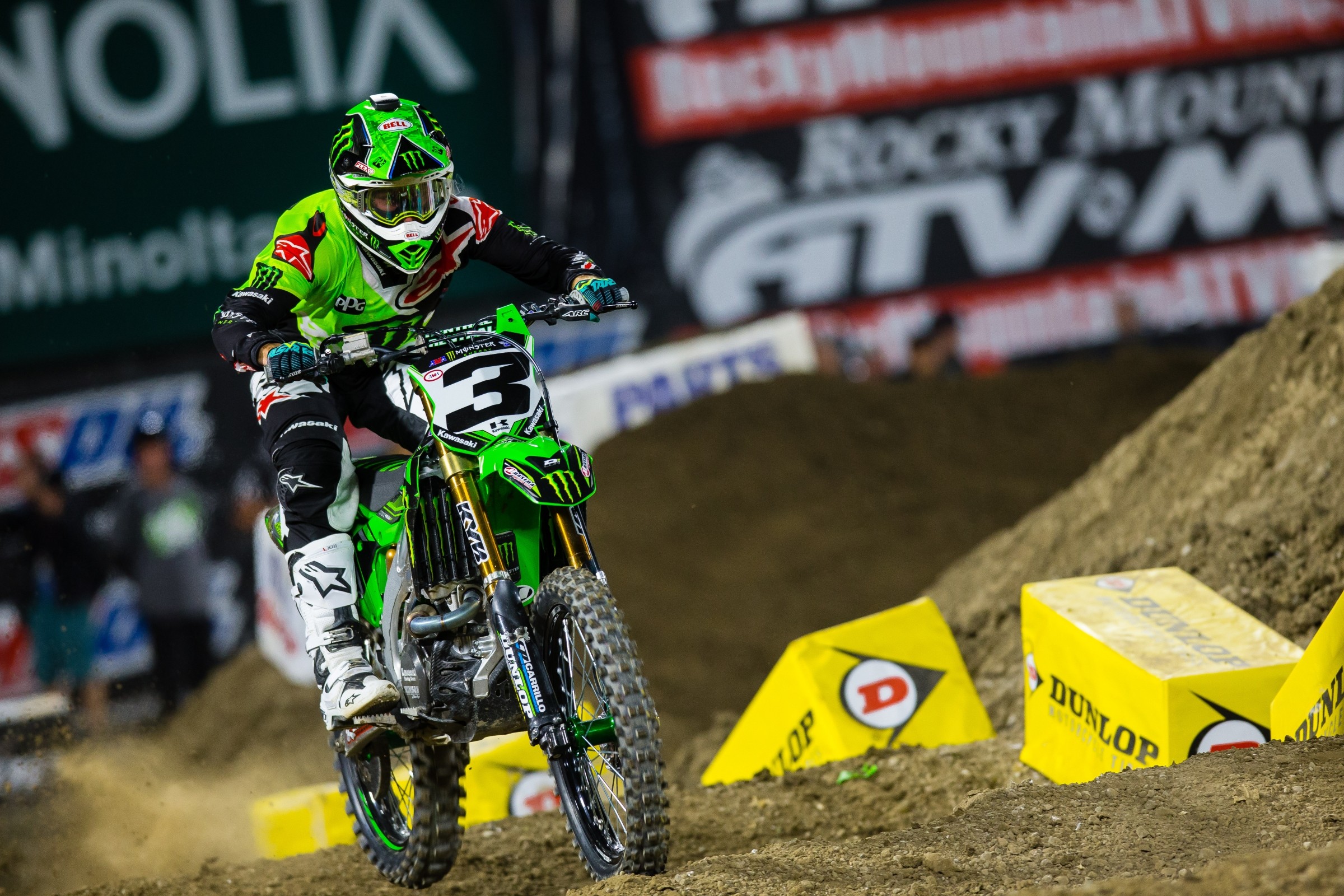 3 on 3 Questions After Anaheim

1. Ken Roczen's speed was unmatchable again, which has been the case at most of his races over the last six months. Is this something to worry about?

Jason Thomas: For me? No, not really. I just get to watch these days so no worries for me. For Ryan Dungey? It's probably something to keep an eye on. Ken has obviously figured something out—both physically and mentally—and has the results to prove it. Dungey is still capable of winning this title, I firmly believe that, but he is either going to need to raise his game or get some help from a Roczen mistake. In either case, Dungey is surely spending some time on a plan.

David Pingree: It's a long series and Dungey is going to lean on his consistency to keep him in the hunt for this title. Ken has a history of coming out firing, but he has thrown it away or faded off as the series went on. Ryan will keep working and try to apply more pressure on Roczen but it’s too soon to stress.

Steve Matthes: I'm not worried one way or another about Roczen's speed. I don't have to race him! He's been so good the last couple months. Remember Lucas Oil Pro Motocross was a walk in the park for him even when Dungey was there. Here's the thing though: Roczen has been prone, in the past—like, pre 2016 MX series—to make a big mistake, so that's probably Camp Baker's (Dungey, Marvin Musquin, Jason Anderson) strategy with the #94. So now we're watching Roczen to see if he does make a mistake. I've gone on record saying I think he breaks through this year with his first 450SX title so I'm betting he stays upright and keeps on keeping on. But you people that think the 16-second wins like we saw at A1 will continue are crazy.

2. Who was impacted by the round one jitters the worst? In other words, who will probably make the most improvement for round two?

JT: I am going to say Eli Tomac. His problems in the past have been with bad starts. He was always able to move forward but by the time he got near the front, the leaders were gone. A1 was the exact opposite of that. He got a great start, put in a few solid laps and then faded back to fifth. Arm pump isn't typical for him so I think he’ll sort it out and come back with a vengeance in San Diego.

Ping: Eli for sure. Both Tomac and his team were confident that they were ready to go and I think the fast pace early in the race locked him up. With the first round down we could see Tomac relax and give chase to Roczen and the guys up front a little longer this week. I hope, at least.

Matthes: You have to say Tomac here. You just have to. San Diego is a big weekend for him to see if A1 was just something weird or not. He looked great all day long until about lap six of the main event. Then it crumbled like a gingerbread house in January. Also, Austin Forkner admitted to me that he was pretty nervous about the whole deal as well. The kid is like 17 years old or something [Ed Note: He’s 18] and you have to imagine the whole thing was pretty overwhelming. This is where the 250SX guys at A1 have a bit of an issue because they literally grow up dreaming of supercross at Anaheim and not supercross at wherever the East Coast opener is.

3. Does Shane McElrath's win change the look of the 250SX West Region?

JT: A little, but I think it just added another horse to the race. I had this pegged as a Jeremy Martin vs. Aaron Plessinger showdown but Shane McElrath is clearly pissed about not being invited and showed us his own version of an RSVP last Saturday. The 250 Class is always a roller coaster of finishes and crashes so we can reassess after San Diego with a clearer picture.

Ping: Not one of us included Shane in our title favorite picks during the pre-shows. I heard from multiple sources that Freckle [Mitchell Oldenburg] was flying and he would surprise people but with Shane it was quiet. The opening round saw Plessinger look fit and fast, solidifying himself as a title contender. Our other pick, Austin Forkner, had a rookie night and put himself in a points hole right off the bat. It was clear all day that he will take a little more time to adjust than we thought. Austin will win, but I don't know if he'll be able to fight for this title. Jeremy Martin did what he does in supercross; no surprises there. Shane has been slowly improving over the years and he served notice Saturday that he wants this championship. He flew under the radar up to last weekend, but he's front and center now. Couldn't happen to a nicer guy.

Matthes: It definitely changes things. I'm not wavering off my pick of a Forkner/Plessinger title fight, but Shane's ride was great. If you can do it once, the second one gets easier. He's in shape, he caught and passed J-Mart in the heat, and his speed was great. Bigger whoops will help AP out for sure, but man, what a ride. The thing about McElrath is he's always been very consistent and we've seen Plessinger make the big mistakes and Forkner’s a rookie and already made a big mistake. Shane could just "Tim Ferry" himself to this title. I mean, he already has more wins than Ferry got in '97!