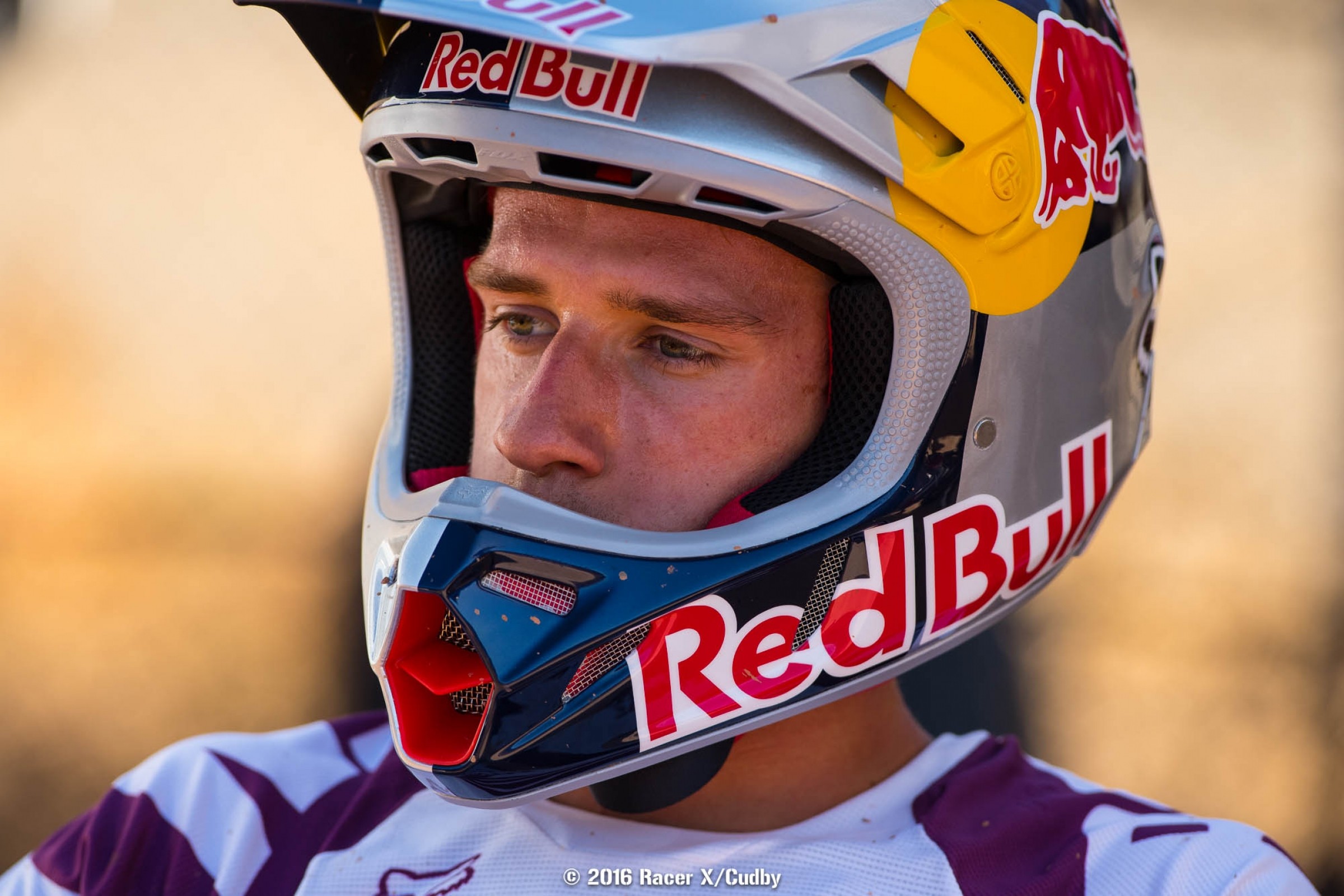 Seeing as the Monster Energy Cup is a one-off event, this isn’t the typical Injury Report you’d see on Racer X throughout the year. Although it does contain some injury news, this is more a guide as to who is and who isn’t racing this weekend.

Read below for lineups for this weekend, including Amateur All-Stars and Supermini races.

– Gajser aggravated a shoulder injury at the SMX Cup last weekend and will miss his anticipated U.S. debut.

– Webb will sit out the MEC to allow injuries sustained this summer to heal. More on that here.

– Millsaps recently underwent wrist surgery and will miss this weekend.

– Grant is back on the bike after undergoing double ankle surgery, but will not race this weekend.

– Osborne will race a 450 this weekend

– JGR will not be at the MEC due to lack of testing time on the Suzukis.

RCH has yet to announce their 2017 roster, so they will not be in attendance.

– Locurcio has signed with the team for 2017 but is still eligible for the Amateur All-Stars Class, which he’ll race this weekend.

– Hahn is on the official entry list, but we’ve heard he’s out for the weekend.

– Yamalube/Star Racing Yamaha, GEICO Honda and Monster Energy/Pro Circuit Kawasaki will not have any members competing.

Other top 100 riders expected to compete