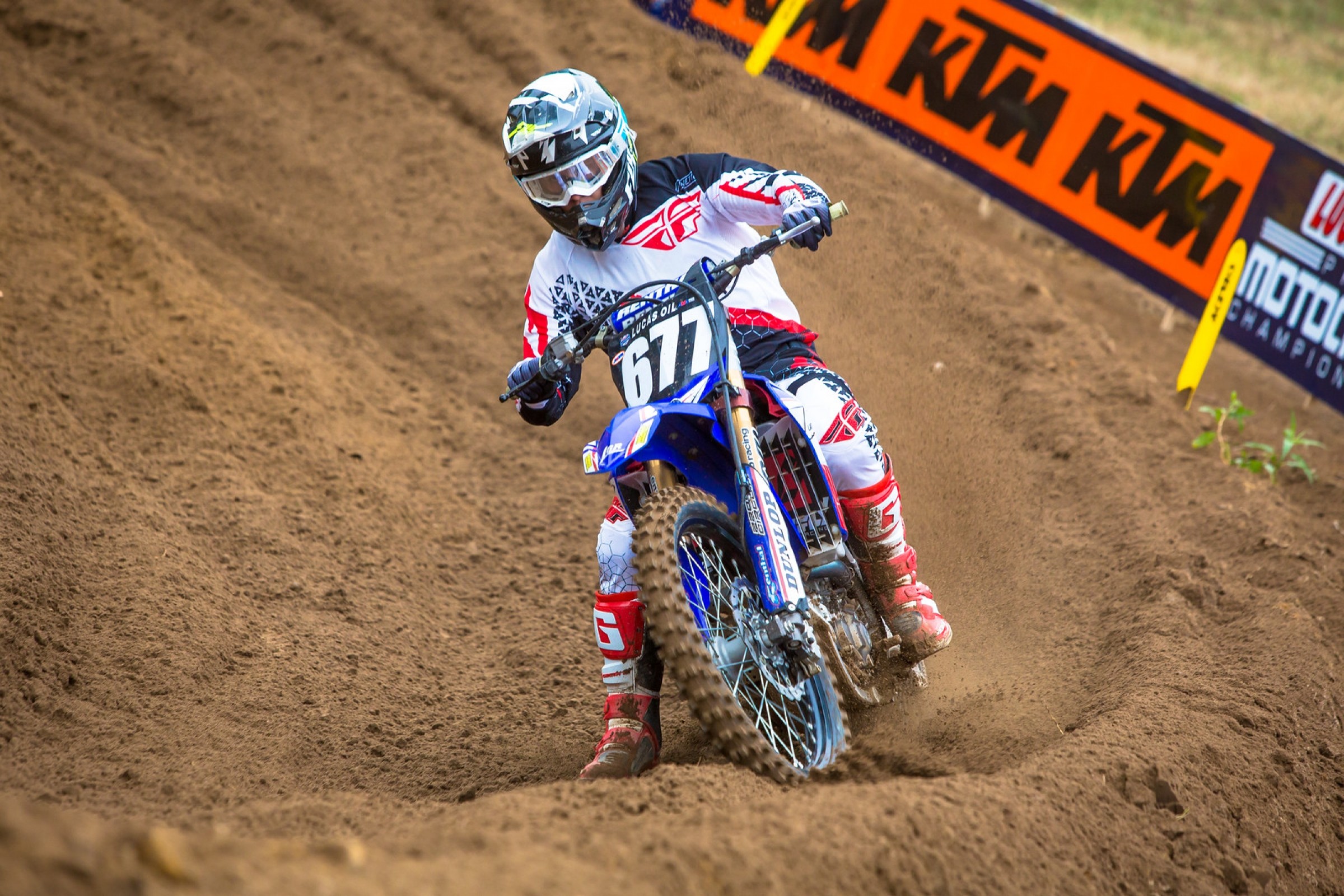 Privateers might not be as famous as the factory riders that win races, but they can rival anyone when it comes to great stories. When we’re searching for these stories, occasionally we’ll come across a hero. This week we found our guy in Wisconsin’s Cody Williams. When Jessy Nelson had his unfortunate crash that ultimately red flagged the second 250 moto at Unadilla on Saturday, Williams sacrificed his own race to help get his bike off of him.

We’ve seen instances where riders have helped one another in the past, Mike McDade picking Wil Hahn’s bike off him at Southwick in 2012 for example, but thankfully these situations don’t come around very often.

Williams had no idea at the time that the race was about to be red flagged when he came around the corner before the Sky Shot tabletop and saw a bike on top of a rider.

“He was just in a bad situation,” Williams explained to us on Monday. “The bike was on top of him and I did what I hope someone would do for me in that situation.”

He didn’t even realize it was Jessy at the time. He just knew that he had to stop and help a fellow racer.

“It was spur of the moment and I wanted to help out whoever it was,” Williams said. “It’s terrible to see that happen to somebody and hopefully he heals up soon. That was a tough one to see.”

Williams had never spoken to Nelson prior to the incident, but has heard nothing but great things about him. There was no time to stick around to learn more, though, because after finishing Unadilla 33rd overall, Williams headed home to Wisconsin, driving through the night with a friend in order to make it to a big money race on Sunday. He ended up winning one of the motos, but by the time the day was over with he was spent.

“There was a lot of snoozing going on in between motos that day,” he joked.

Williams turned professional after Loretta Lynn’s last season. The now 21-year-old had some injuries that held him back in his final years of amateur racing and then he blew out his knee before the supercross season this year. This summer he’s driven to all of the East Coast nationals and will be able to finish out the last two rounds as well. He even stashed his bike with the Traders Racing Kawasaki team for Washougal, so he was able to fly there.

“All of those miles on the road make the weekend that much more rewarding,” Williams said.

The most rewarding race of the summer was Southwick. In the first moto he scored his first ever point when he finished 20th. In the 250 Class it’s very difficult for a rider to break out and score points if they aren’t on a factory supported team. It would be easier in the 450 Class, where you can have a competitive bike with some suspension work and a pipe. However, Williams wants to prove that he can be just as strong against the big six 250 teams.

He’ll have four more motos this season to show what he is made of. Ironman holds great memories for Williams, but Budds Creek will be a new venue to him.

“I’m really looking forward to Budds Creek,” he said. “I’ve seen pictures of it and it looks like an awesome track to ride and I can’t wait.”

Williams’ goal for the 2017 season is to continue growing his program and bring on as many sponsors as he can. He said he is going to continue his training down at Georgia Practice Facility (GPF) and come in ready for the 250SX East Region of Monster Energy Supercross.

When Williams is off of the bike he enjoys relaxing by the pool or playing a round of golf. He said that he would do any relaxing activity to unwind from the high intensity of motocross racing.

This year has been full of ups and downs for Williams as a rookie in a stacked class, but he’s living his dream of riding dirt bikes and is having the time of his life.

“This season has been good and bad,” Williams said. “It’s all worth it though when you get to the races and you get to see all of your friends. It’s a dream come true to ride my dirt bike for a living, and even though I’m not under a factory tent, I’m lucky and thankful for what I have.”