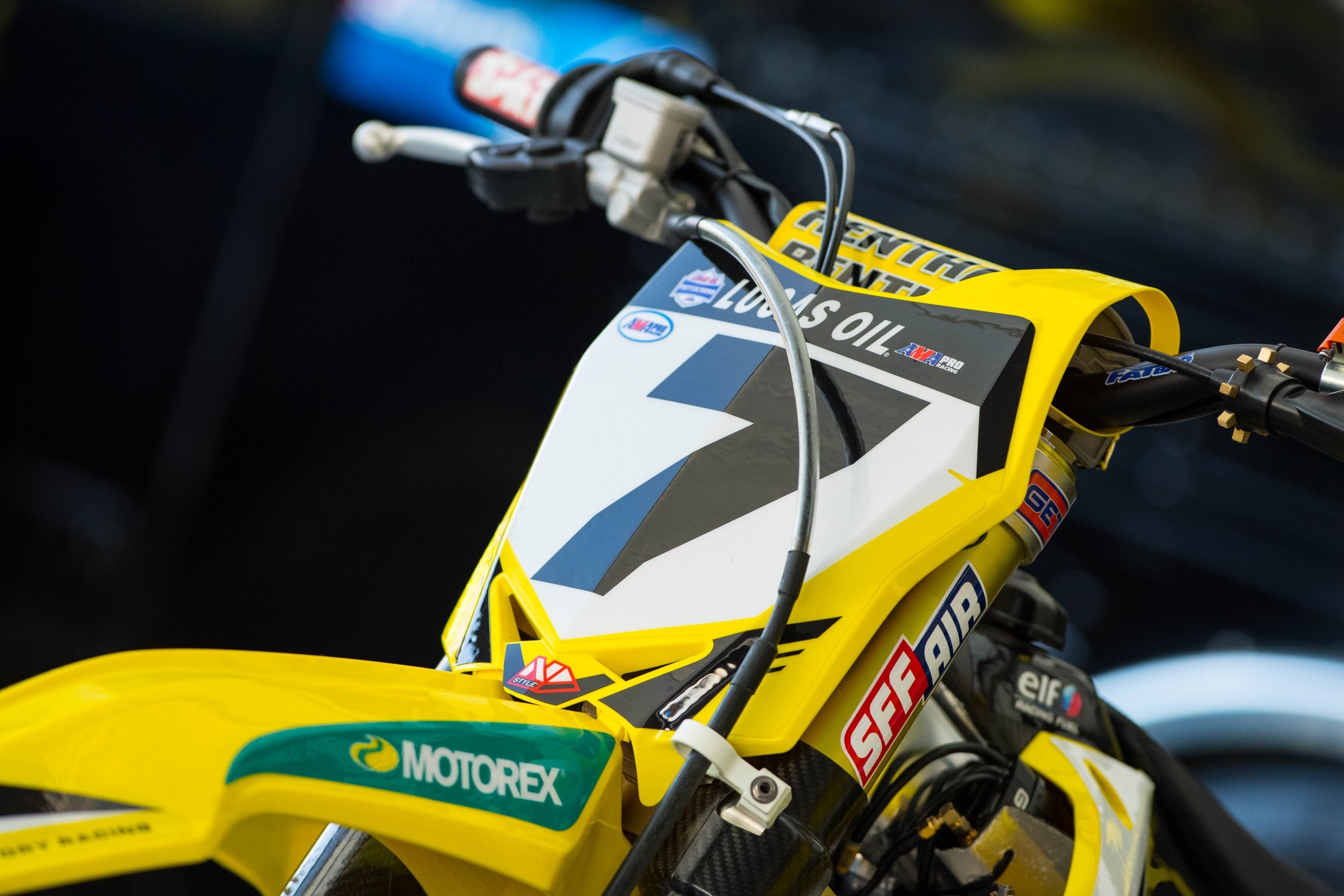 Jason Anderson – Collarbone
Comment: Anderson suffered a minor AC separation and broke his collarbone nearly a month ago while practicing. He’s expected to miss a total of six to eight weeks.

Blake Baggett – Shoulder
Comment: Baggett crashed hard in practice at Southwick and tweaked the same shoulder he hurt at Hangtown. He’s out for the season.

Justin Bogle – Banged Up
Comment: Bogle crashed in the second moto at Southwick while attempting to mount a charge after getting knocked down by Christophe Pourcel on the first lap. He might be back for Washougal.

Trey Canard – Neck
Comment: Canard crashed while practicing at his track in Oklahoma, resulting in a bulging disc. He’ll be back racing at Spring Creek for the first time since Thunder Valley.

Josh Grant – Ankle
Comment: Grant had surgery on both ankles and will miss the rest of the Nationals.

Adam Enticknap – Femur
Comment: Enticknap broke his femur during supercross. He hopes to return to racing at Washougal.

Wil Hahn – Collarbone, Labrum, and Scapula
Comment: Hahn hopes to make it back for the final two Nationals after a big crash during supercross put him on the sidelines.

Tommy Hahn – Ankle
Comment: The elder Hahn is out for the season with an ankle injury originally suffered in Monster Energy Supercross.

Cole Seely – Finger
Comment: Seely hit a rock with his pinky finger while practicing and will miss Spring Creek.

James Stewart – Shoulder
Comment: Stewart will finally get back to racing at Spring Creek this weekend. The Yoshimura Suzuki racer, who had his first child just days ago, hasn’t raced since popping his shoulder out of joint during the first moto at Hangtown.

Dean Wilson – Knee
Comment: Wilson will rejoin the 450 ranks this weekend after tearing his ACL and meniscus during supercross.

Zach Bell – Collarbone and Infection
Comment: Bell had two surgeries to fix a broken collarbone and subsequent infection. The infection is gone but the bone isn’t 100 percent healed. He’s out for all of Lucas Oil Pro Motocross.

Tristan Charboneau – Collarbone
Comment: Charboneau broke his collarbone at Glen Helen but will be back racing at Spring Creek.

Christian Craig – Leg
Comment: Craig broke his tibia and fibula at Glen Helen. He had surgery and will ride on July 22. At that time he’ll evaluate whether or not he’ll be able to line up again before the season ends.

Alex Frye – Knee
Comment: Frye tore his ACL, had surgery, and will miss the rest of the Nationals.

Justin Hill – Back
Comment: Hill injured his back several weeks ago but is back on the bike. He’s in for Washougal.

Michael Leib – Foot/Ankle
Comment: Mid-season during supercross, Leib discovered he’d broken his talus and navicular in January. According to his Instagram page, Leib had surgery recently and is working on recovering. He wrote: "I've got a long road ahead, but I can't wait to be able to walk normal, be normal and not be in pain 24/7."

Shane McElrath – Concussion, Shoulder, Lungs, and Ribs.
Comment: McElrath is currently recovering from a concussion, grade 3 AC separation in his shoulder, bruised lungs and seven broken ribs, according to his Instagram. The crash happened on the final lap of the second 250 moto at Southwick when McElrath was battling with Alex Martin for third.

Jessy Nelson – MCL/Bone Bruise
Comment: Nelson crashed at Thunder Valley, sustaining a grade two sprain of his MCL and a bruised femur. He’ll be back for Unadilla.

Jordon Smith – Shoulder
Comment: Smith pulled out of Southwick late last week after hurting his shoulder. The team says it’s not too bad, but he won’t be racing at Spring Creek.

Steve Matthes – Back
Comment: Racer X's Steve Matthes was injured while moving a TV last week. He missed Southwick with back spasms but is expected to return for Millville. No word on whether or not the incident was initially caused when several beagles got together in front of Matthes, leaving him nowhere to go.