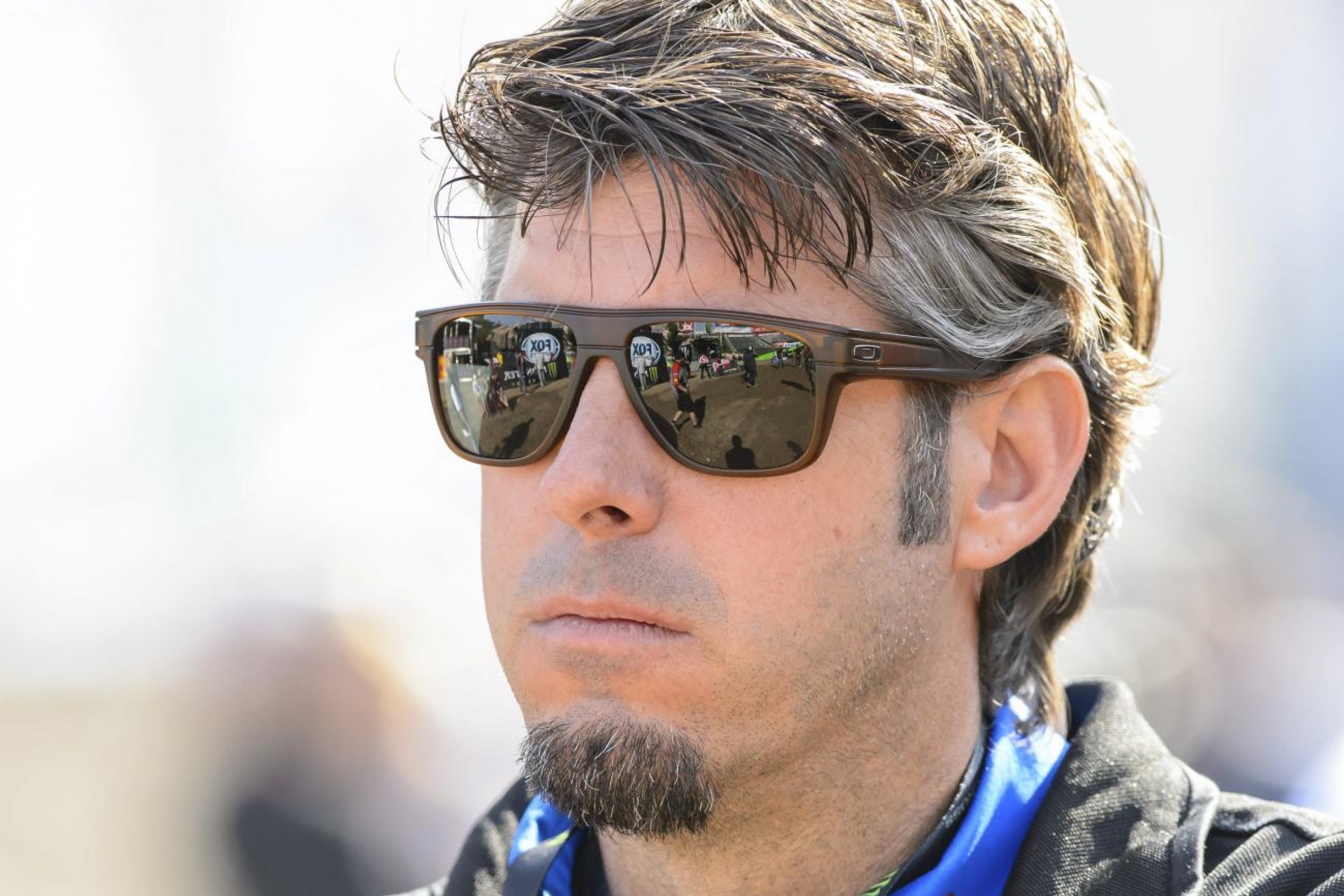 450 Words Signs of Progress for JGR?

It’s been seven months since the 2016 season started in Anaheim, but the AutoTrader.com/Monster Energy JGR Yamaha team only just notched its first podium of the year Saturday at Southwick. Justin Barcia snagged third with a 6-3, and teammate Weston Peick also had his best run of the year with 7-4 scores and fifth overall. Phil Nicoletti could have made for three bikes in the top ten but a DNF in moto one ruined that. What’s going on here? We checked in with team manager Jeremy Albrecht.

Racer X: Was this a sign of progress here?
Jeremy Albrecht: It definitely was. Definitely a better day for sure. Even better for Weston. For sure better for Justin. It didn’t look that great. First moto Justin crashed in the first turn, but he rode awesome. He kept fighting. I thought it was one of the best races he’s raced for sure this year. So it was cool to ride all the way up to sixth. Obviously didn’t think we’d get third overall, but this is moto. Isn’t that your slogan?

How much did that take out of him?
Yeah, he definitely was a little flat the second one. He still rode good and everything but he just didn’t have the same fight he had the first one just from riding that hard. He gave it everything he had and you could tell. This track’s brutal anyway. A lot of guys’ backs are hurting right now driving home, even when you don’t have to ride that hard. So overall I was happy. I think the bike definitely looked better. I think he looked better. He was flowing really good. He was wheeling bumps, jumping bumps. A lot of cool stuff. I was happy overall.

So now you’re working on the bike but everybody just says, “same bike, same rider, they were killing it last year. Why can’t they just run 2015 stuff and just go win races again?”
We’ve tried 2015 stuff and it didn’t work right now, for whatever reason. I don’t know. We actually switched fork styles. We were on an air fork and now we’re on a spring fork. We haven’t used spring forks in probably five years.

You switched five years ago? That’s pretty early. Was that one of the first?
We did a different brand of air first and then we did KYB. We’ve been KYB for three years. We’ve been air forks the whole time. We just don’t say what fork we are using because everyone has an opinion. They both have their pros and cons. I think some tracks the air fork is good, some tracks the spring fork is good. Really, for Barcia I don’t know if it’s the tracks or him getting his thumb surgery or whatever, but he was getting arm pump. That’s why we wanted to switch it up. So just switched to the spring fork, to see if we could fix that. It fixed that; the arm pump has gotten way better. But there were some other things that the spring fork wasn’t doing as good. It’s pros and cons but we were trying to fix the arm pump issue. So we fixed that, and then when you’re going really fast then it’s not as good as it could be. Basically we made it really smooth, I’d say it was riding like a Camry, which is comfortable, but it needs to be set up more like the Camry they use in NASCAR. So that’s what we had to do. So it’s getting more towards a race setting. He’s getting up to speed and he can push harder now. We had a really good talk last week, too. He feels bad he’s not winning. I said, “I don’t ever yell at you for not winning. We’re a team. Let’s work together.” I feel like that we got back on track, which is what we did last year. It’s hard when you’re not winning and it’s also hard to have everything working well together. We didn’t win today, but we’re working better to make that happen.

Also, Justin did a little riding school up here this week. I think that maybe that got him thinking about what he’s doing. He did actually say in the press conference that he was trying to teach these kids, which he’s never done. He’s taught pro riders but never young kids. It just got him thinking of what he does on the bike and that can just remind you of the simple things, how you started. I think when you’re at pro level you forget the little tiny things, so maybe that helped him too. And really I think him having a good time doing something different this week was good. It wasn’t a grind out, moto week like every other week. When you’re not winning, you go back and you just try to do more tests, more riding, do everything more. That’s not always the answer either. So I was happy to see him do good and obviously for our team to have a better day all the way around.

Peick, that was the best of the year for him.
He was riding great. I think he got fourth second moto. All the guys were really tight together all day.

Peick’s been in North Carolina, right?
Yeah, he was for a little while. He’s back in California now. He was in California this week but he stayed out here for a few weeks.

For him, is he just not able to get on track? It seems like every time he’s starting to get something going, he goes down again. All year, seems about three weeks at max before Weston has another huge crash.
He had some bad crashes. We talked about that today. His goal was to put in two solid finishes, because he hasn’t done that yet. He always is trying really hard and he crashes. It’s a contract year so he might be trying too hard. He might be maybe trying to rush something because he wants to show us that he’s the guy to hire for next year. But there are a lot of guys out there doing the same thing. It’s hard because there is no standout on who is going to be the guy. So it’s just trying to really figure out who’s the guy here. I’m happy to see that Peick’s getting better because we really like him.

Poor Phil.
It seems like there’s always something. Little dumb things keep happening to Phil. He’s riding the best I’ve seen him ride. He’s right there with all the guys. They’re all battling. He stalled it the first moto and couldn’t get it started. Just little dumb stuff. It finally fired up after a really long time but it took Phil trying to start it, then Dean [Baker, engine builder] tried to start it. And then when they were leaving the mechanics area it fired up. So who knows? It’s just Phil luck. I hope it changes for him because he’s riding awesome.