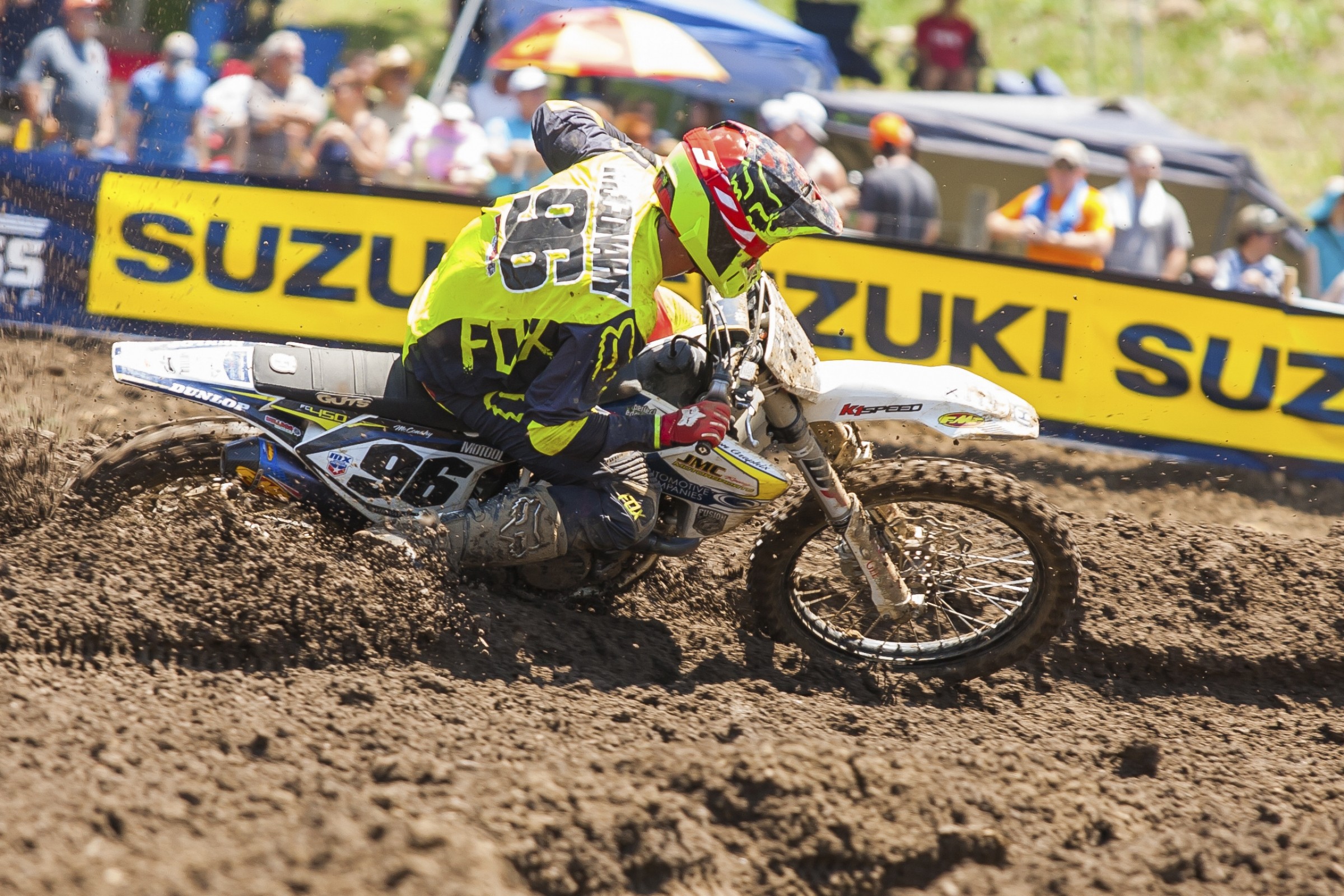 For Washington’s Noah McConahy, 2016 has been a dream come true—both indoors and out. Before the season started McConahy switched up his program tremendously. He went from his usual Honda 450 to a Husqvarna. He outfitted himself with a 250 for the West Region of Monster Energy Supercross, and then went back to a 450 for the Lucas Oil Pro Motocross Championship. The brand switch wasn’t easy.

“Pretty much every company had to be switched out and I started completely from scratch when supercross started,” McConahy said.

Since the switch McConahy has been a standout nearly every weekend. The Northwesterner has made a big step in 2016, scoring points in eight motos already this season. Last year he hovered between twentieth and thirtieth in most of the motos, and scored points four times. According to McConahy, the past two weeks his phone has started to blow up with industry, media, and fans alike. He’s being offered more help in the form of product, which definitely helps. So, what made the difference this season opposed to seasons past?

“I’ve had good rides in the past, a fourteenth even [Utah National in 2014], but they’ve always been a one moto deal and not consistent throughout the season. I think that’s the difference this year,” McConahy said.

McConahy went on to say that he rides with a bit of a chip on his shoulder because he wants to prove to everyone that he has what it takes to be a front-runner.

At Muddy Creek, McConahy was primed to have another standout ride and in a way it was, just not the way he expected. In the first moto he was running in fifteenth before his rear brake went out. He would go on to finish seventeenth in the moto. The second moto went much worse, as he ended up crashing a total of three times during the moto. Two of the crashes resulted in him dropping outside of the top 30—but he put in a big charge and rallied back to twentieth.

“We just keep fighting,” he said. “The second time I crashed I had just passed for nineteenth and I was like, ‘You’ve got to be kidding me!’”

All in all the day was a success, but it left him wanting more. The consistency part of McConahy’s program has definitely come around and that’s what he’s strived for all season, but now his goals are trending higher.

“Last year I would have been stoked to get 17-20 in both of my motos, but for the first time in my career I feel like I should be in the top ten,” McConahy admitted. “I’ve never had this confidence like I do this year.”

We know the mental game is a huge part of this sport. McConahy said that he started to believe in himself and once he realized that he could race with some of the top guys he knew that’s where he belonged.

“It’s funny to look back on where I was last year to where I am this year,” McConahy said. “It definitely motivates me during the week to put the work in and I want it so bad!”

The plan for the last half of the national season is just for #96 to keep taking baby steps up the ladder in the standings. He said that he wants to take a thirteenth, then a twelfth, and so on.

“If I’m in tenth then yeah, I’m obviously going to go for it [laughs]! “McConahy added.

McConahy’s first season as a professional was in 2013, a year he himself called terrible, as he struggled to just qualify for the motos, let alone score any points. Every year he’s been able to build his program and grow his race craft. In 2014 he was able to score some points, then last summer he was able to score enough points to get a national number. Now this year he’s broken out and is making a name for himself.

McConahy has been staying with Alex Ray in Tennessee for the majority of the East Coast swing. The two are training together and just having fun in the backwoods. He’s enjoying trying to find phone service as well as going for a swim or two. He is used to the backwoods of Washington, but he’s enjoyed the switch to Tennessee for now. He claims the two areas are completely different although they are both off of the beaten path.

“We’re going to ride the sand pit all week to get used to the deep loam, so I’m pretty excited,” McConahy said. “I haven’t felt this comfortable all season and I feel like I’m on the brink of getting closer to the top ten.”

Regardless of what happens the next twelve motos, McConahy has made his name known in the first half of the series. He feels that great things are in store for him and he couldn’t be more excited for the potential opportunities on the horizon. He’s looking for a ride for the 2017 season, but he’s going to continue to give his own effort everything he’s got. It’s what he’s used to.

“I’ve been a privateer my whole life and I’ve done whatever I could to go racing,” he says. ”Last year I didn’t think it would ever turn around. I’m right on the verge of someone giving me that chance, so I’m going to continue to go for it.”