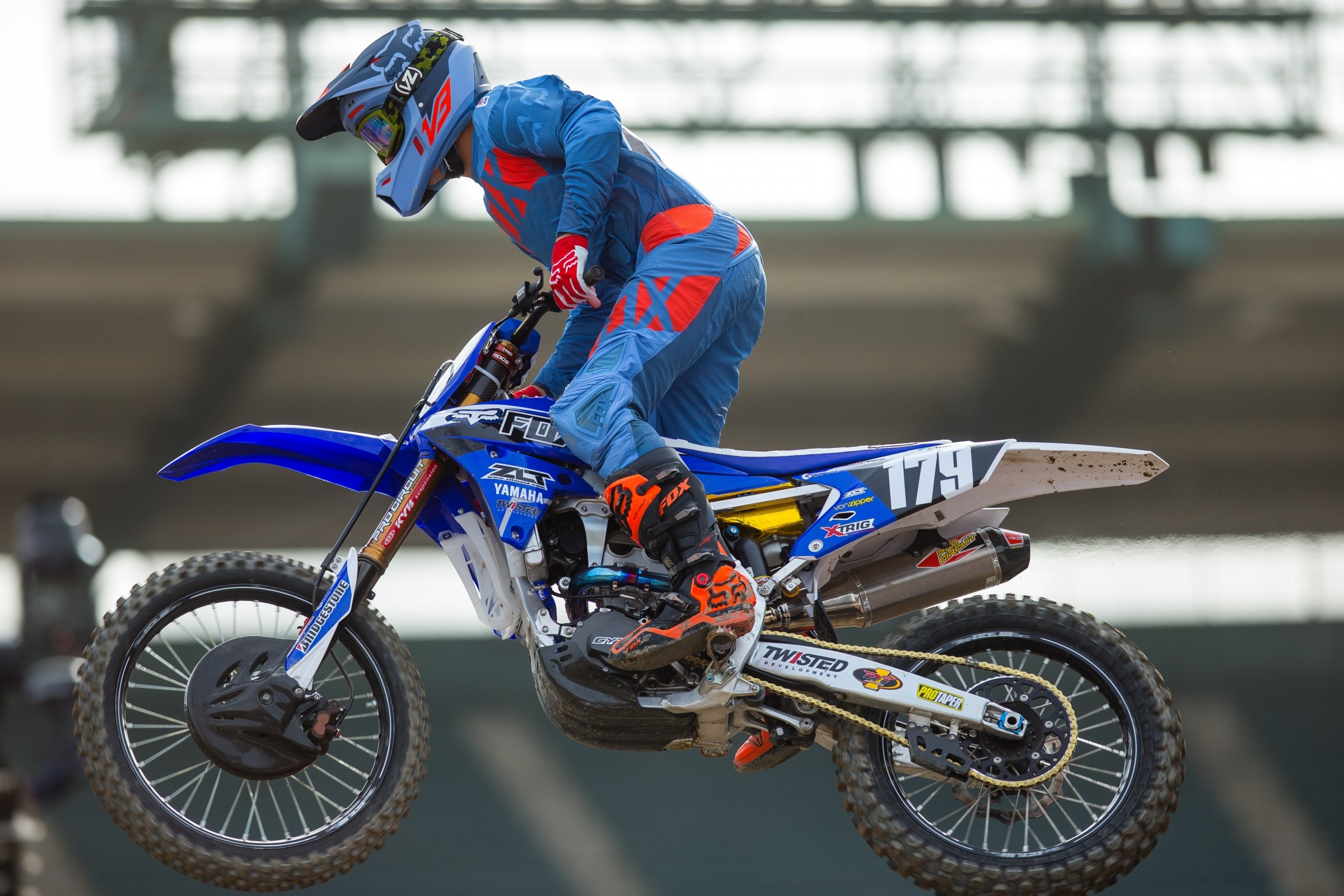 When a rider goes down with an injury for an extended period of time, almost immediately the forums and comment sections explode with ideas for fill-in riders. Heck, go look at Vital MX’s moto related forum and you’ll find a “Stewart to fill-in for Canard” thread. And while it seems straightforward on paper, it rarely is. Even for the privateers trying to get off Privateer Island, it’s usually not as simple as hopping on a rescue boat, waving sayonara to your buddies, and landing on the shores of Factory Mainland. You have to navigate through the waves of contractual obligations before you can even think about getting into the open ocean.

These were some of the things Jon Ames had to think about when he got the call to fill-in for the injured Chris Alldrege on the Barn Pros/Home Depot Yamaha team after Anaheim 1. Eventually he decided it was worth it and he began riding for the team starting in San Diego and continued to ride for them all the way up to this past weekend in Salt Lake City.

“The season was going great. I really was just working on my own program, working with Charles Dao and Nick Wey,” Ames told us earlier this week. “I did the Two-Stroke National [Glen Helen] for them, which was an amazing experience. I couldn’t thank them enough; they got me a bike. It was going great; I was having a lot of fun with them.”

In that time, Ames notched 22-20-22-16-12-11 finishes. Not bad for a fill-in rider, rather less a rookie one, so it came a surprise when after the Salt Lake City Supercross where Ames notched an 11th place finish, the best of his career, he and the team decided to part ways. The team had no previous history of major drama and Ames seemed to be performing well for them. So what happened? Ames told us his side of the story earlier this week. In the press release sent out by the team earlier this week, they provided no details on the split.

“First I just want to say that I’m very appreciative of what they did for me,” he said. “They helped a lot with the support at the races and helping me get my equipment to the races. But one of the reasons why we split is because I wasn’t happy with using some of their products that were on my motorcycle. Because it was my motorcycle. They only had two bikes because they only had two riders at the beginning of the season, so I understood. I was doing it on my own. I didn’t want to use one of their products and they had to let me go. They have a contract with them and I have to feel safe. That’s ultimately what happened.”

During the off-season and at Anaheim 1, Ames was running his own program with his own bike and sponsors. When he got the opportunity to fill-in at Barn Pros he had to give up some of those sponsors to comply with what the team was running. Eventually Ames decided he wasn’t comfortable running some of the products the team was contractually obligated to run, so they decided to part ways. Ames did not want to name the specific products. No drama, no name-calling. Just two parties professionally deciding they were better off going their separate directions.

“I still have huge respect for the guys over at Barn Pros for giving me this opportunity,” he said. “I was a privateer at the beginning of the year, I just recently got an 11th at Salt Lake and I don’t know where I’d be without them.”

So what’s next for the Arizona native? He’ll continue to work with Nick Wey and Charles Dao and will be a full privateer in Las Vegas with his brother serving as his mechanic. After that, he’ll continue to work on his program in hopes of getting some support for Lucas Oil Pro Motocross. As for Barn Pros, they’ll continue to develop their program and try to bring in sponsors, without Ames.