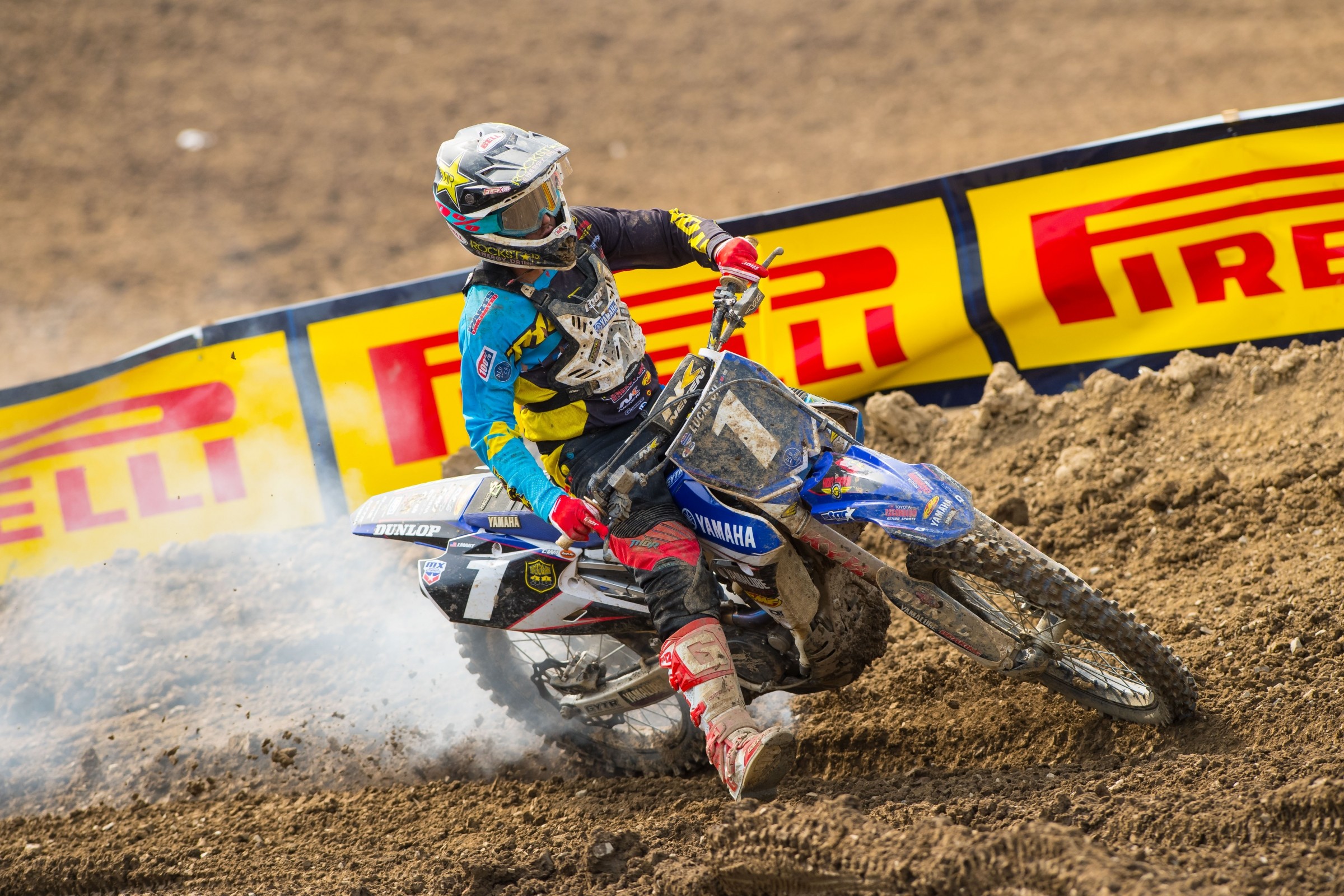 Bench Racing Ammo What Happened to the Star Bikes?

The Yamalube/Star Racing Yamaha team was absolutely flying early this season, punctuated by a podium sweep at Round 2 of Lucas Oil Pro Motocross at Glen Helen. But the High Point National last weekend showed a chink in the team’s armor as the Martin brothers ended up with double DNFs—Alex’s bike expired in moto one, and Jeremy appeared to have the exact same problem in moto two. That’s a big chunk of points lost by each rider, as Alex was running second when his bike went, and Jeremy was in third.

Normally teams are pretty tight-lipped about these things, usually trying to pass off even catastrophic engine problems as something random and minor like “electrical issues.” At High Point the team didn’t have any answers yet since they hadn’t torn the motors down, but we credit Star Racing team manager Brad Hoffman for being pretty forthcoming when we asked him about the situation Saturday morning at Muddy Creek.

“Basically, the bikes overheated and we lost a head gasket on both of them,” Hoffman explained.

Hard to pin it down beyond that, because once a bike overheats and a rider tries to nurse it to the finish line, only to have it completely blow, a whole mess of things end up on the broken pile list. So teams can tear those engines down, but it’s hard to say what parts broke first, or which ones broke because the bike overheated, or what parts might have caused the problem in the first place. When it’s over, there’s evidence everywhere.

And that matters because teams obviously want to prevent the problem from happening again. It would be great if they could point to one issue and change it, but instead the team was left trying several different fixes for Muddy Creek. Hoffman says there have been quite a few changes to its race engines over the last year, but it’s hard to durability test every single change in a racing environment.

(By the way, this is where we remind you that a stock YZ250F engine and the engine inside a factory Yamaha race bike are much, much different. Can you say “built to the hilt?”)

The team has had zero issues of this kind during hours and hours of motor testing and training during the week. But Hoffman was quick to remind us that the riders go much, much harder in the races, which subjects the engines to stresses unlike any other. The tracks make a difference, too. Hoffman says a slick, hard practice track can lead to wheel spin and high RPM, but today’s engines can handle that in stride. A softer, heavier, deeper track (like High Point and Muddy Creek) puts the engine under much more stress. That creates heat, and that can create problems. This trouble is as old as time when it comes to motocross—just think of how many bikes we’ve seen blow at Southwick.

When Alex’s bike went in moto one, all the coolant was gone by the time the bike came back to the truck. The team hoped that was the issue—that Alex had impacted a massive clump of dirt or a rock when he cased and went off the track, and maybe that broke something and allowed the coolant to come out. A-Mart even told us after the race, “Who even knows why? There are so many factors with rocks. I almost died, had a big moment when I was leading that moto. I might have maybe hit the radiator there, I don’t know. That stuff happens.”

There’s very little time between the first and second moto at the races, so at High Point the team was thinking this was a fluke, one-off deal, especially since they had never seen a bike overheat like that in testing.

“When I saw Jeremy’s bike starting to do it in the second moto I couldn’t believe it,” said Hoffman.

For Muddy Creek, the team tried a variety of fixes, from backing off on some of the mapping settings, to trying a new mode within the map that could potentially allow the bike to cut power but preserve itself if it starts to overheat. They even tried some tricks to improve airflow for cooling. On Saturday the team bikes ran without a hitch, but the team also knows the changes are merely an attempt at fixing the problem. Tracking down the ultimate issue isn’t really possible. Riders ride much harder in the races, and sometimes stuff they don’t expect to break ends up breaking. That’s racing.