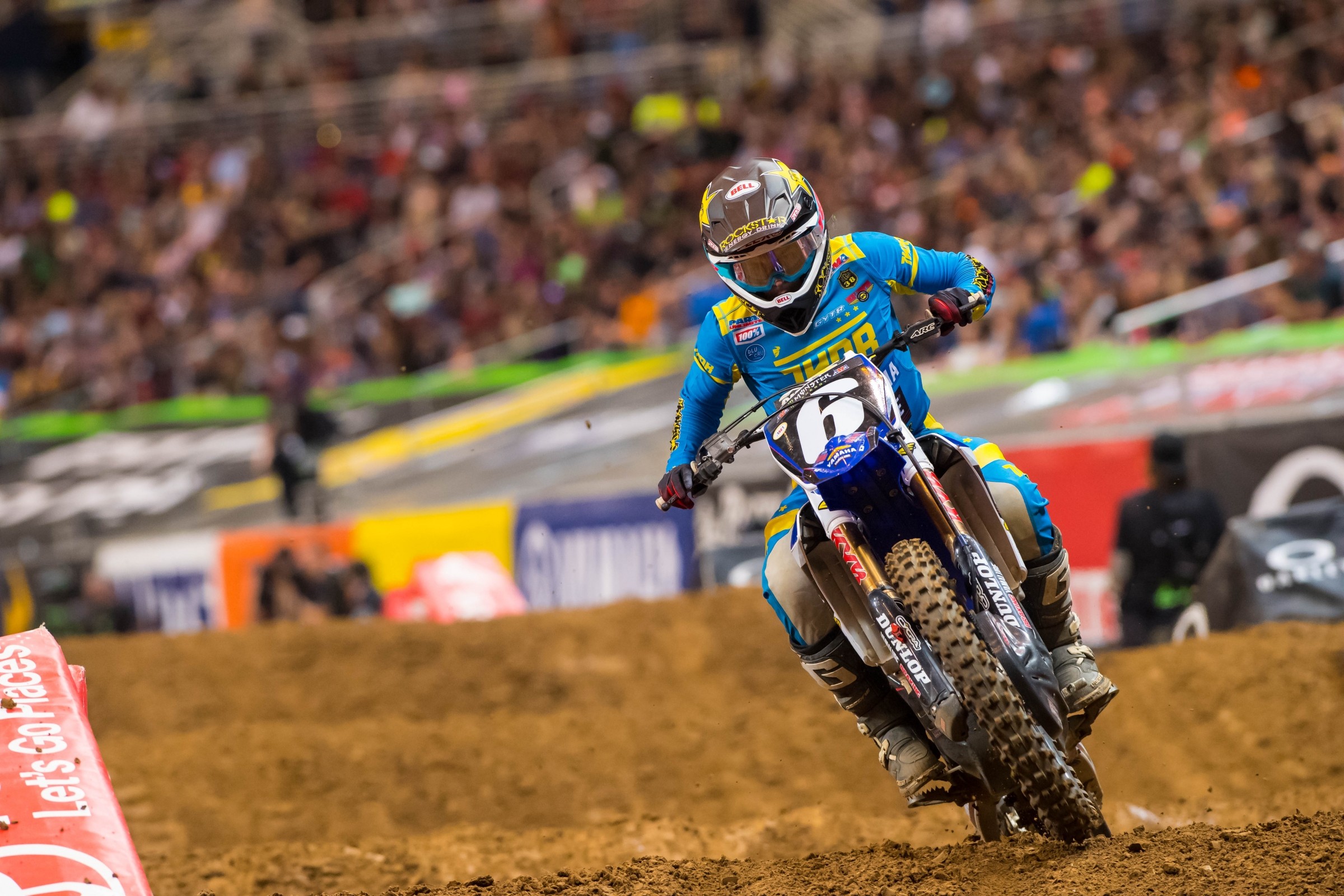 3 on 3 Questions For Foxborough

1. SX in Boston. More than a feeling or not feeling it?

Jason Thomas: I am always up for a new venue! By this point in the season, I feel like I am sleepwalking through race day. Having a new city to visit, venue to explore, and just a simple change of scenery really helps. I am a bit concerned on the weather as April can be an anything-goes type climate but we might luck out on Saturday. Gillette Stadium is a bit removed from the actual Boston area, but it will be a nice change-up nonetheless.

Jason Weigandt: It's Been Such a Long Time. It's More than a Feeling. We're Ready! Don't Look Back, this event will be Smokin'. Wait, I think I've gotten my Boston references confused. Ask someone in their 40s for an explanation. Plus, it's about 35 miles from Foxborough to Boston, but that's okay because the Patriot Place complex around the stadium is said to be pretty fun. So I think this will be good, but it doesn't have the hype of seeing AT&T Stadium in Dallas/Arlington for the first time, or getting SX across the river from New York City a few years back. The weather might be a worry. But really this race will come down to the crowd. The New York/New Jersey crowd has been solid and Toronto keeps growing. Can the Northeast support another one? Let's hope the NESC faithful come out en Mass. (See what I did there?)

Steve Matthes: Well it's outdoors in the Northeast in April so it could be a touch cold and crappy. But like JT says a new venue is cool (although the hotels are all sold out around stadium so I'm in for a 45 minute drive early Saturday) and I'm sure the attendance will be good. I'm still waiting for a Winnipeg round by the way. My wife's excited for me to go because Boston is where the New Kids on the Block are from and perhaps one of them attends the race. This is the stuff I have to deal with, people. Too bad the Sox aren't in town on Friday. It would be fun to go check out Fenway.

2. Jean-Michel Bayle won a race back at the old Foxborough Stadium. Talk about JMB because he doesn't get enough love or credit.

Thomas: JMB is underrated on a legend level. He came to America largely as an unknown and walked away with nearly every title we have to offer. This was long before the days of the Internet and satellite television so our knowledge base of the quiet Frenchman was virtually nil. He was one of the smoothest riders ever on the bike and one of the most mysterious off the bike, a la Christophe Pourcel. Then, just at the height of his career, he decides to retire and take up road racing and eventually MotoGP racing. For those who don't follow road racing, people don't just jump into MotoGP. It was a true testament to the talent he wielded for anything two wheels.

Weigandt: Really sad that JMB's name doesn't get brought up with the greats, but some of that is on him. He came, he saw, he kicked ass, but then he left, so his all-time numbers don't rank high enough to get into enough discussions. What wasn't on him is the fact that the fans and industry didn't embrace him. In 1991 people didn't seem very pumped on a Frenchman winning in the U.S.. Looking back now, it's a shame. When it comes to pure talent or ability, you could make a case that JMB is the greatest supercross rider ever. Yes EVER. Wery knowledgeable people, like Jeff Ward, will tell you this. JMB brought techniques like skimming whoops, dragging the rear brake and low-jumping into the mainstream. He also paved the way for every non-American supercross race winner we've seen over the last 25 years. That's an incredible feat, but the JMB supporters are a very small group, and there are a ton of fans who probably never even think about the guy amongst the greats. Kind of a shame, but I don't think that bothers him one bit.

Matthes: JMB is a legend. Look at his SX win percentage the next time you're checking stats out. The guy won the premiere-class SX title and the 250 and 500 National MX Championships in 1991, and would've won the 1990 125 title with ease had he not broken his arm late that season—with that, he would have won every single major U.S. championship in his first two full seasons here! One of the highlights of my life is talking to him every year I head to Bercy/Lille for supercross. I even got him to sit down with me for a Classic Commentary of Dallas 1991 where he remembered the whole race and setting up passes! He wouldn't help his teammate Kiedrowski in '90 when he came back to the nationals so Honda just benched him! And he said that was ok because Honda said they would still pay him! He won the 125MX World Championship in '88 then the 250MX World Championship in '89 and then moved to America, and by ’90 he went from barely riding supercross to winning races. He almost won the '92 250SX title when he basically just rode around thinking about road racing! He's one of a kind for sure and JT's got one of his jerseys that I'm going to break into his mom's house and take one day.

3. J-Mart is down 16 points and saying he really doesn't have a title shot. Does he or doesn't he?

Thomas: Sure he does! I think that is a good way to keep the pressure off and probably has been put in his head by those who know him best. If he can enter each race with a "nothing to lose" attitude, it will allow him to ride without any championship thoughts clouding his aggression or judgment. As we have seen in the 250 class this year, every time one of the riders looks to separate himself from the pack, he has a bad race and we are back to even. If J-Mart and his people can somehow maintain this loose outlook, he may be able to find a come from behind charge while everyone succumbs to the pressure.

Weigandt: Absolutely. There are three races to go, and you can make up five points in a night with a simple first place/third place combo of finishes. I don't like counting points like that, and I'd say the chances of J-Mart closing the season with four-straight wins is probably pretty tough. But he might not even have to. This 250SX East Region is crazy and it's not impossible for a few mistakes out of some others to make it even easier on him. He's definitely not out of it.

Matthes: I think he does but he mentioned to me after his win that he's a long shot. First of all it's 16 points and that ain't much. Second of all it's the wacky 250SX East Region and as we've seen, anything can happen including the points leader missing a race for visa issues. And don't forget, Vegas is a combined East/West final where shit can get even crazier. Yeah, Jeremy Martin has a shot and don't you ever forget it. I feel like his team and Johnny O are just telling him he's out of it so he doesn't crack under pressure.