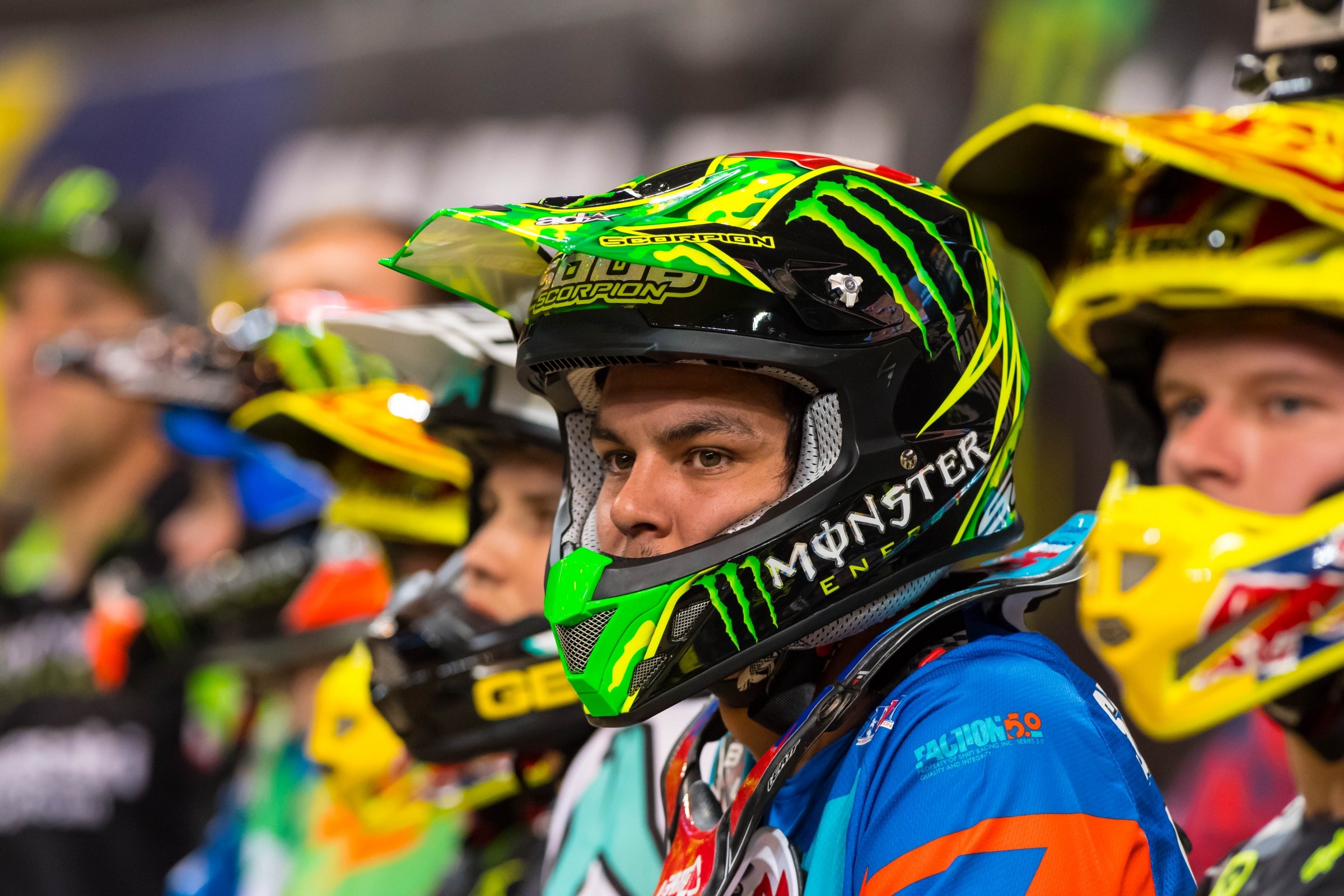 If you’ve been following 250SX East Region this year you’ve seen or heard the name Cedric Soubeyras (say it: Sue-bah-ras). But other than his solid results almost every week, you probably don’t know much else about him. Well, neither did we, which is why we caught up to him in St. Louis for this past weekend. Turns out he’s got a pretty cool story to tell.

Racer X: Who are you? Fill us in!
Cedric Soubeyras: I’ve raced here before actually, I think in 2008 or ’09. Then I went back to France and won three European supercross titles and a French title as well. This year I had a French ride, but I was fresh and at 100 percent and wanted to race the supercross series. I asked Bud Racing if they were able to give me a bike, and they were. Everything else I pay myself.

You’re obviously an accomplished racer. What motivates you to want race in the United States?
Over the four last years I saved money, and finally I had enough money to come here and race. I put $20,000 aside. It’s been my dream to try it, and whether I do good or bad, I want to try it once in my life. That’s why I put everything into this trip. My mechanic is a friend of mine and I can’t pay him very much. It’s a mission. I’m lucky that I met a kid named David Pulley too. He takes care of my bike for me during the week. I live in Florida during the week.

You might have to give your mechanic a bonus after today. We heard there was quite a scramble to change an engine at the last second.
Yes, I should give him a bonus for sure! We worked together to do it and I was helping as much as I could and we made it. I had only two laps in the second timed practice session but we made it.

Where did the engine come from?
I can’t thank Mitch Payton and John Primo from Pro Circuit enough. After I blew my engine in practice I called Bud Racing and told them what happened, but there was nothing they could do. So my friend Stephan LeGrand [of LeBigUSA.com] asked me, “If I bring you a Pro Circuit engine what would you do with it?” And he came back with an engine in his hands; I couldn’t believe it! For me the day was over [after I blew the engine in practice], it was finished. I ended up crashing on the start with Martin Davalos and part of his bike tangled with one of my cables. I got back on the track and came back to I think tenth, but then the bike started having ignition or electrical problems because of the crash on the start. A cable came out of its place. But I’m happy.

What’s it like having only two laps on an engine you’re not used to and having to go race supercross?
When you are motivated you can do anything you want. You can do everything. My goal was to ride and ride good, and the Pro Circuit engine is the engine I’ve dreamed about from a young age, and today I had it. I couldn’t pass up the chance. I had two laps of practice, and that was enough to feel comfortable.

What did you think of the engine?
It was strong! I cannot say a lot. Bud Racing also has a really good engine too, but this engine is the best 250 I’ve ever tried.

You’ve done well so far. Did you expect to do better, worse, or are you right on target?
I hadn’t raced in the United States in a long time and I was on a 450 last year, so I couldn’t expect too much. By the second race, maybe a top fifteen, then, top ten after that. I’ve scored two top tens now and I was feeling really confident this weekend. I was going to do good for sure! I was feeling it! But it happens, and I’m leaving uninjured so that’s a good thing. I’ll be there next week and I’ll do as good as I can.

What’s next for you after supercross?
After supercross I’ll go back to Europe, I have my flight already. But if anyone offers me anything in Europe, or the U.S., I’m there. The first guy who says “Come to my team and race,” and pays me because I don’t have any money left, that’s it. Anywhere in the world, I’ll do it.