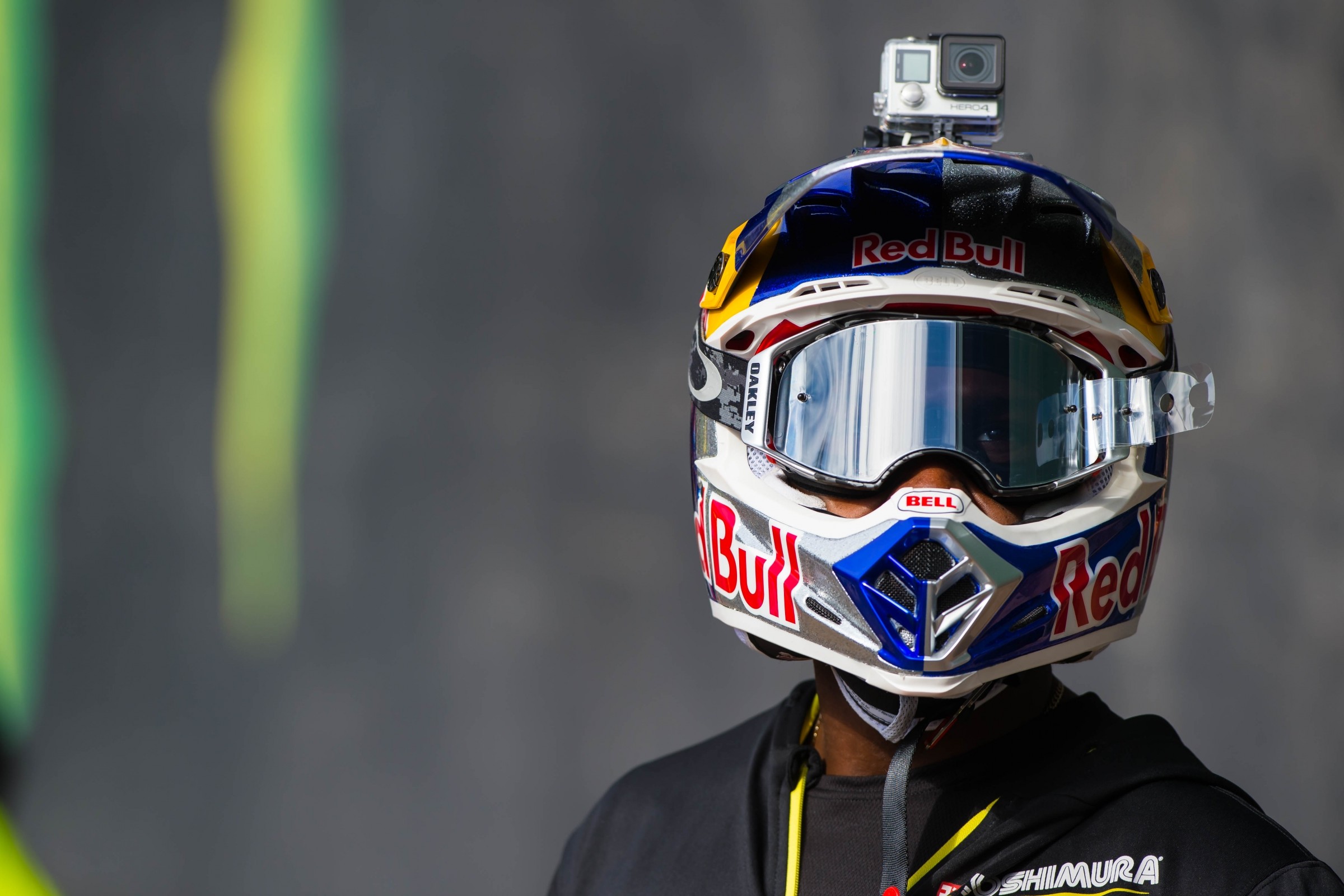 Justin Barcia – Thumb
Comment: Barcia will be back in action in Santa Clara after a preseason mountain bike crash put him on the sidelines for most of the season.

Kyle Chisholm – Shoulder, Concussion, and Humerus
Comment: Chisholm sustained a dislocated shoulder, broken humerus, concussion, and stitches after a big crash in San Diego. The damage was extensive, but Chisholm’s rehab—he’s currently working on range of motion and strength—is progressing steadily. His number one goal is to be ready for Lucas Oil Pro Motocross, but hasn’t ruled out racing a supercross or two if he’s ready in time.

Tyler Enticknap - Thumb
Comment: Enticknap broke his thumb in San Diego but will be back racing in Santa Clara.

Wil Hahn – Collarbone, Labrum, and Scapula
Comment: Hahn is out for three to four months after getting collected in a crash also involving Andrew Short and Phil Nicoletti.

Davi Millsaps – Ribs, Lung
Comment: Millsaps crashed in Daytona and sustained three broken ribs, a severely bruised and partially collapsed lung, and some internal bleeding. Amazingly, Millsaps reported on Twitter that he’s already back on the bike, although at this point there is no timetable on his return to racing.

Christophe Pourcel - Hurt in Practice
Comment: Pourcel received a small crack in his C3 vertebrae in a crash before Toronto. He will not race in Santa Clara.

Andrew Short – Concussion
Comment: Short was involved in a midair collision with Phil Nicoletti and Wil Hahn in Atlanta and will miss Detroit. Short is unsure when he’ll be able to line up for more supercross.

Cole Seely - vertebra
Comment: Seely will miss Santa Clara after suffering a practice crash yesterday at Milestone MX. Honda HRC released a statement today [Friday] announcing that a piece of Seely’s C7 vertebra was chipped off in the fall.

James Stewart – Back
Comment: Stewart looped out in the whoops in Daytona and deeply bruised his lower back. He’ll be back on the gate in Santa Clara.

Tevin Tapia – Wrist
Comment: Tapia cased a jump and broke his scaphoid in the preseason. He’s back on the bike, and is getting ready for Lucas Oil Pro Motocross, and says he may even make a run at racing in Las Vegas.

Broc Tickle – Wrist
Comment: Tickle suffered a fractured distal radius in his right forearm in the beginning of the season. He should be ready for Lucas Oil Pro Motocross, but the team hasn’t ruled out his presence in supercross either, stating Broc will “return when ready.”

Jake Weimer – Shoulder
Comment: Weimer dislocated his shoulder in Detroit, but took advantage of the break to rest up and undergo therapy. He plans on racing in Santa Clara.

Dean Wilson – Knee
Comment: Wilson crashed and tore his ACL and meniscus, and sprained his MCL. He had surgery, but had to have another operation after finding signs of an infection in his knee.

Jimmy Albertson – Sternum
Comment: Albertson broke his sternum during qualifying in Toronto. Being tougher than a cut of dry beef shank, he still soldiered through the main to seventeenth place. He’ll be back racing in Indianapolis.

Dakota Alix – Collarbone
Comment: Alix crashed late in the race at Daytona and broke his collarbone. He still managed to finish the race, but hasn’t raced since.

Zach Bell – Collarbone and Infection
Comment: Bell was hoping to be back for Santa Clara, but contracted a bacterial infection after having surgery to repair a broken collarbone suffered in Oakland. The infection required a second surgery, followed by a six-week period on an IV antibiotic. Bell said on Twitter this week he’s looking at another 8-10 weeks until he’s 100 percent healed. If you’d like to help Bell financially, go here.

Kyle Cunningham – Hand
Comment: Cunningham crashed during practice and jammed his fist in Toronto while racing the 450 Class. He attempted to race the main but was struggling to hold on and pulled off after eight laps. He’ll rejoin the 250SX ranks in Santa Clara.

Darryn Durham – Spleen
Comment: Durham had a hard crash in Atlanta, then crashed on the same side several days before Daytona. He bruised his spleen and was kept three days in the hospital. Durham plans on getting back to racing in Indianapolis.

Justin Hill – Concussion
Comment: Hill crashed during practice in Detroit and hit his head. He’ll ride next week before making a decision on whether or not he’ll race in Indianapolis.

Luke Renzland – Collarbone
Comment: Renzland broke his collarbone in Atlanta and had it surgically plated. The team hopes he can return to racing in Indianapolis.

Dakota Tedder – Concussion, Scapula, and Ribs
Comment: Dakota Tedder crashed during practice in Atlanta when Martin Davalos ran into him while jumping a dragons back. He’s back on the bike but has yet to decide whether or not he will enter any more supercross races this year.

Mark Worth – Hip and Elbow
Comment: Worth dislocated and fractured his elbow and dislocated his hip in Anaheim. He’ll be back for Lucas Oil Pro Motocross.