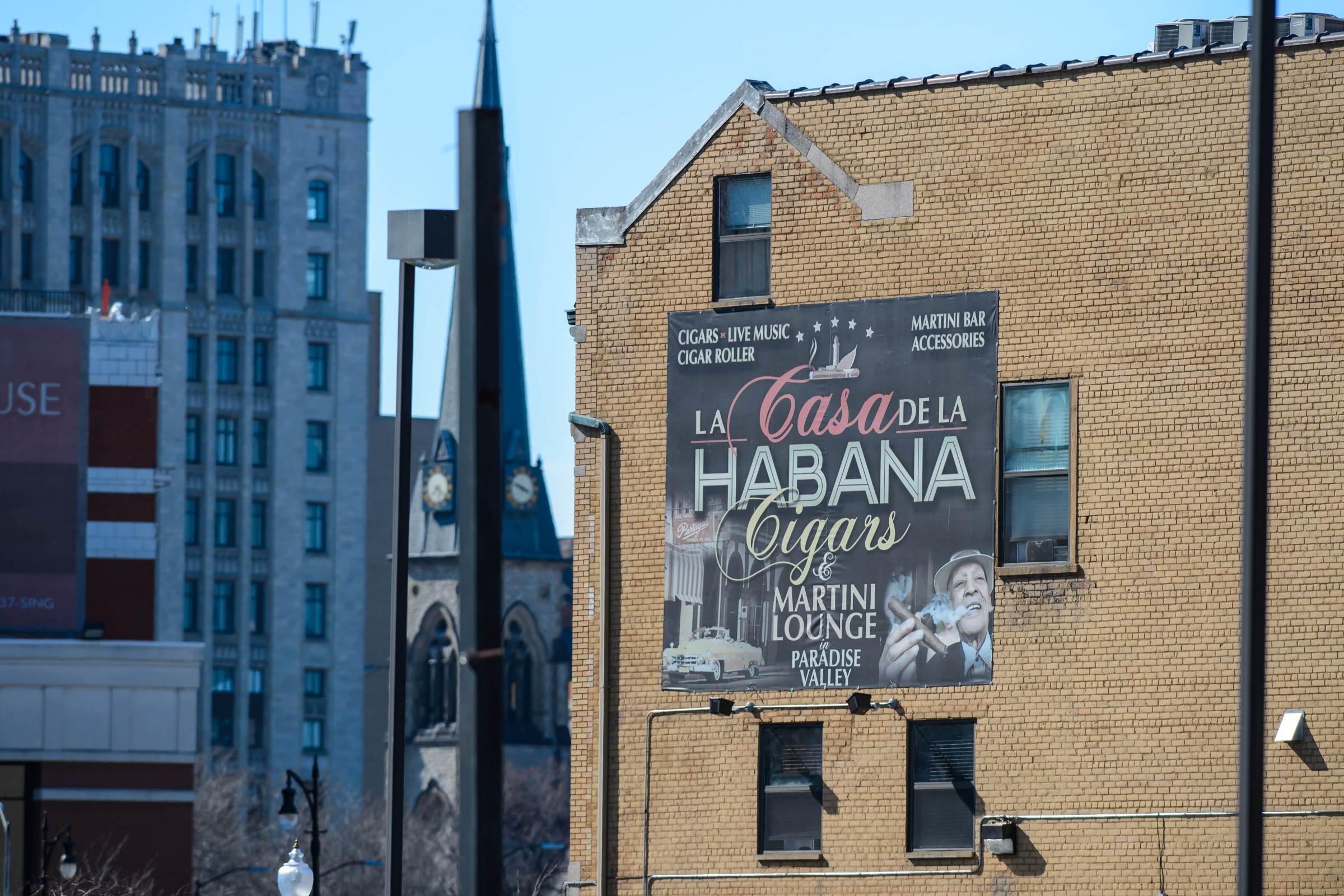 This is pretty fantastic. GoPro recently released a VR video featuring their Bombsquad. Make sure to play with the arrows in the upper left hand corner.

Less than two weeks after Dave Mirra, the most decorated BMX star in X Games history, committed suicide at 41, Outsideonline.com released a long article on the star’s suicide. During his career, Mirra won 24 X Games medals (all but one in BMX; he won a bronze in rallycross in 2008), but also took a number of spills. Despite numerous injuries and other adventures since his retirement (including rallycross and triathlons) Mirra was considering a comeback in BMX.

Recently, the 41-year-old had surprised friends by telling them he was planning a comeback to the sport: he was building a new vert ramp for training; he presented the Number One Rider Award (NORA Cup) at a September BMX awards ceremony in Las Vegas; and he was making arrangements to attend a reunion of older and retired riders in California in March. “Everyone was getting real excited,” says Hoffman.

Somewhere though, Mirra lost direction, according to the more than a half-dozen interviews Outsideonline.com conducted. More from the article.

In the nearly two weeks since his death, some have speculated that head trauma—Mirra, like many BMX riders, took multiple spills over his career—may be to blame for his death. Indeed, those who suffer from Chronic Traumatic Encephalopathy (CTE), the degenerative brain condition currently plaguing football and other sports that involve significant head trauma, often suffer from depression and exhibit impulsive behavior. NFL Hall of Fame linebacker Junior Seau, who in 2012 shot himself in the chest at age 43, had CTE; Greenville mayor Allen Thomas, who was friends with Mirra, suggested that he might have had it as well. (CTE can only be confirmed through an autopsy, and Mirra’s family hasn’t said whether or not his brain will be examined; neither is it clear if Mirra, who shot himself in the head, would even be a candidate for such an examination.)

But in more than a half-dozen interviews with friends, colleagues, competitors, and authorities, it became clear Mirra had lost direction, whatever else he may have been suffering from. When he ended his BMX career in 2010, at age 35, he refocused his passion and commitment first on rally car racing, then on a budding interest in triathlons. But several setbacks last year caused his commitment to waver. Famous for his energy and work ethic, Mirra complained of fatigue and confessed that he was feeling down. Alarmed, some friends talked and said they needed to keep an eye on him.

You should read the rest. RIP, Dave.

We’re only one round into the 2016 MotoGP season and things are already heated between Yamaha teammates Valentino Rossi and Jorge Lorenzo. It started at the opening round in Qatar when the two exchanged words following free practice. Rossi claimed that Lorenzo pulled out of pit lane without looking.

“He exited from the pits without looking up the track and when he arrived at the first corner, he tried to slow down on the line. The problem is that when I asked him ‘why?’ I expected him to say ‘sorry’. But he [looked] at me like ‘what do you fucking want?’. Then when we tried our practice I went to ask him again, but anyway.”

For his part, Lorenzo said: “In my opinion he had no reason to complain. Everybody knows that when you exit the pits, you cannot stop to let them past because there was some riders entering the first corner and you are already in the corner. All you can do is try to stay in the white line. This is what I did, I could not be in the air, or in the gravel. What can I do? If he is still angry with me, I don't know the reason."

Rossi, who recently signed a two-year deal to stay with Yamaha, thinks his teammate will also stay with the brand. Of course, his take was a little more biting than that:

“To sign with Ducati you need to be brave, you need big balls,” said the 37-year-old. “So because of this, I think Lorenzo stays with Yamaha.”

So, yeah, things are off to a wonderful start.

The second round of the 2016 season takes place this weekend in Argentina. As you may or may not know, our friends at MotoDynasty are offering FREE MotoGP gameplay this year. Gameplay is just like MotoDynasty Fantasy Supercross, so the transition should be seamless. Sign-up and get your picks for the weekend in. Also, check out some stats below from the opener in Qatar.

According to Motorsport.com, Red Bull Racing’s halo concept, created for protecting Formula One drivers heads, is gaining momentum with some. The problem is, per the report, the FIA, who will make the final decision, “has been fully supportive of the [different] concept tested by Ferrari.” The article is interesting, especially this quote by Williams deputy team principal Claire Williams, who likes the Red Bull concept:

“I really like Red Bull's jet fighter concept,” she said. “If we are going for these new racing cars that are supposed to look futuristic, put a jet fighter type thing around it. I think that is exciting. But then you have to worry about water and condensation and all that kind of stuff. So it is still a work in progress.”

Say Goodbye to Tying Your Shoes

Nike has announced their self-lacing shoe, HyperAdapt 1.0, meaning no one will have to tie their shoes again. Nice! According to Nike, when you step into the shoe you heel hits a sensor that automatically tightens the laces. Just like Back to the Future 2! But not just anyone can buy them, per The Verge:

It will actually be sold to regular customers this year, though you'll only be able to buy a pair if you're a member of the company's fitness portal, Nike+. They will be available during the holiday season in three colors, according to Nike.

Formula One boss Bernie Ecclestone hinted to The Daily Mail earlier this week that the series may not return to Monza, site of the Italian Grand Prix, after its contract ends this year. "Monza has got a contract for this year so it is going to go ahead. Next year is the question mark," says Ecclestone. "I don’t think we have to have an Italian Grand Prix. Somebody once told me a funny thing that you couldn’t have Formula 1 without a race in France. But we do." And where would the Italian date be transferred to? Ecclestone said that organizers in Las Vegas "have a contract. Vegas would be super." Yeah, an F1 race in Vegas! The article also addresses the rise in budgets F1 teams are now dealing with.

His emotions show when we turn to the financial health of F1 teams, whose annual budgets have accelerated to $220million. Two, Caterham and Marussia, crashed into administration at the end of 2014, with the latter rescued by Stephen Fitzpatrick, boss of energy firm OVO, who renamed it Manor.

‘Last year we gave a few teams, including Manor, an advance on their prize money. The team bosses are not business people.’

You can read the full article here.

Guy Martin may be certifiably insane. Earlier this week, the stuntman set the world record for speed on the Wall of Death when he hit 78.15 mph in his second run. BUT, and this is kind of big, according to Lane Splitter he was shooting for 100 mph.

Back to the Gs. Martin’s original goal was to hit 100 mph inside the wall of death, which would actually put him insanely close to that 10 G mark. To train for this, Guy actually went up in a stunt plane where the pilot took him to 8.5 Gs. How’d that go? Well, as he told Radiotimes:

I felt all right. Well, I lost my vision, but I was still conscious. I know I’m going to black out, but it’s good. I will get a warning before I black out. Maybe I’ll black out before I pass out. That’s called GLOC, which stands for G-induced loss of consciousness.

The original record was 60 mph. Go ahead and add wall of death to the list of things I WILL NEVER, EVER, EVER TRY.

Chasing the Dream Episode 2 is OUT

More good stuff from the Monster Energy Supercross folks. Have a look, and see you next week.