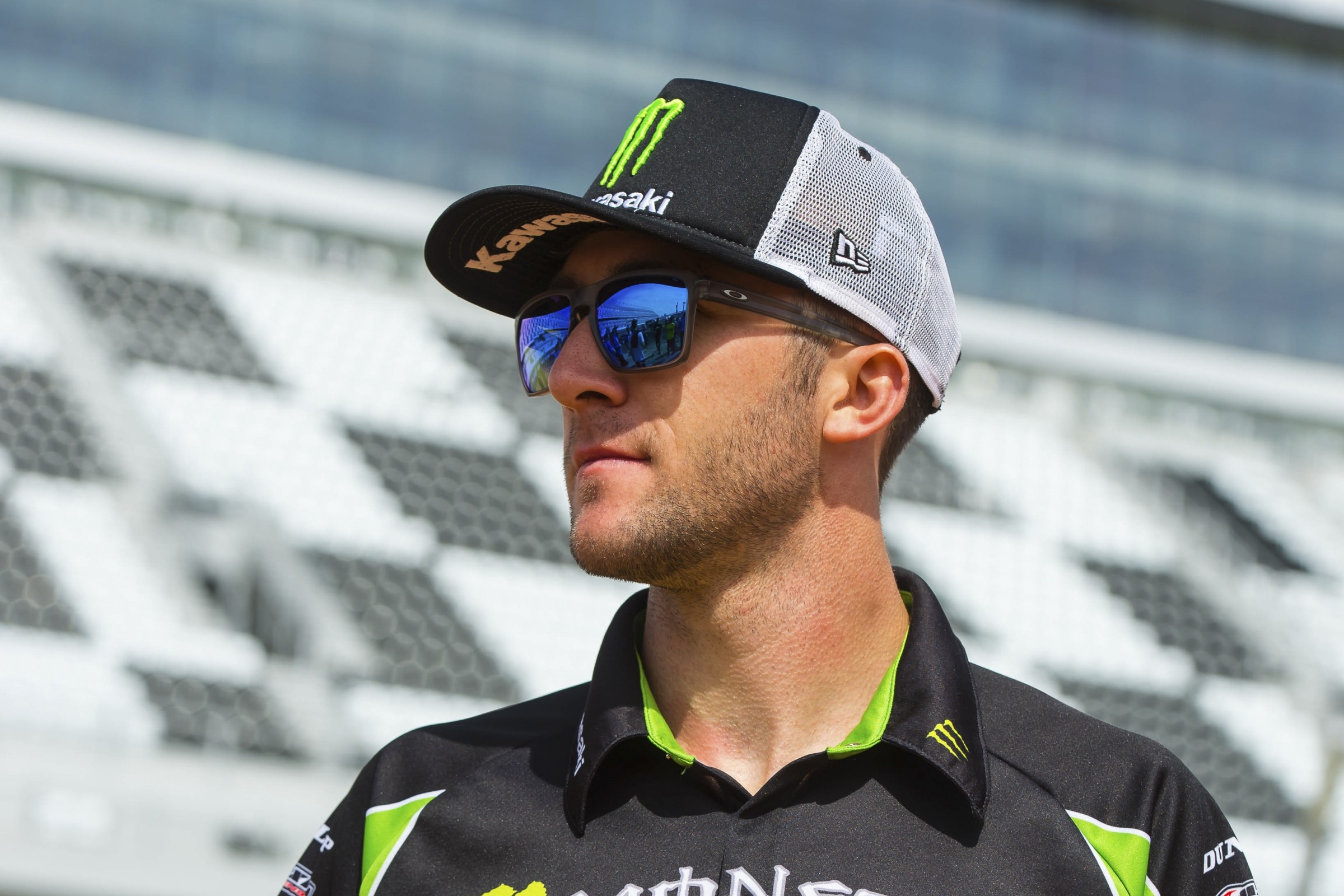 Bruce Stjernstrom has seen it all through two tenures as Kawasaki’s factory race team manager. This year the team has ramped up a huge effort around Eli Tomac, but the build has been slow, with Eli switching to the new bike while also recovering from double shoulder surgery during the summer. He produced just one podium in the first eight rounds of racing. Was the team worried? We asked Bruce after Tomac’s break through win at Daytona.

Racer X: Everyone was trying to figure out, up until today, how were things going. No one could figure it out. Was it like, it takes a while and we’re being patient? Or was it like, this isn’t what was expected? What was the feeling before the win?
Bruce Stjenstrom: We felt from the first week that we were going to win every week. Seriously. We never felt like he had a hard time adapting to the bike or anything. That’s coming from him, not from us. We don’t ride it; he does. This is what he’s been telling us. Like any team, you have a few problems with settings and stuff like that, but I think we got to a point where he’s good now. He got good starts all day. I told him that he had a complete day. He was good every time he went on the track, and that’s what we’ve been talking to him about. You’ve got to be good every time on the track. Every practice, timed or untimed, qualifying…you’ve got to try to be the best every time.

That’s exceptional because this year he’ll dominate a heat or be good in one practice, and then struggle elsewhere. It’s been weird like that.
He put it together today. If you want to be a champion that’s what you have to do. You’ve got to do it every time.

Obviously Daytona is different, but is there anything you can point to what changed this week? Is it just the track? Is it this could have happened any time?
We feel like it could happen any time. Every week people have asked, “How do you think you’re going to do?” And I’ve said, “I think Eli is going to win.” There’s no reason he won’t! He’s that good, I think. We’ve never lost faith in him and I don’t think he’s lost faith. He hasn’t been great starting. I think that’s cost him a lot, and today he was good starting. And because he qualified well he had a good starting position which here has traditionally been on the inside through the years. So he had to have that gate to have a good chance, and he had it. I think there was a lot of confidence going into a long main event. It’s 22, 23 minutes compared to probably 17 or 16 normally. So I think his conditioning is good. He put it together. I think that’s the key thing.

So there wasn’t like there was this mad scramble every Monday morning like something’s wrong. It wasn’t like that. And this is repeatable. This is not a Daytona thing. This could happen at any time.
I expect it to happen in Toronto, because that’s where we’re going next.

Is it a challenge at all just meshing personalities when you get a new guy in and he’s got his crew and all that?
I don’t think that’s a big deal. When you get here, we all have a job to do. We always tell you, you don’t have to like the people, you just have to work with them and get along. Our job is to make the team successful, help our riders win, and we work for a company that expects us to do that. It’s a business for us. Hopefully we can have some fun doing it once in a while like today. But I don’t think there are any reasons why we haven’t won before and any reason why we can’t win again—like next week. I’m good with it.

After the first eight races, only one podium, do you start to get any pressure from anybody?
I think the pressure is more us. Not pressure on Eli, like, “Hey, you’re letting the team down.” Nothing like that. It’s the pressure we all have; everybody shares on the team that we want to succeed. We have succeeded in the past and we expect to succeed in the future. So it wasn’t all on him. It wasn’t all on me. It wasn’t all on anybody. It was all on us just as a group that we wanted to be where we think we belong. Today was more of a relief in a sense because we expect to win. It’s not like we’re thinking, “Oh my God, we won!” We’re thinking, more like “Yeah, whew. Finally.” We expect to do this. I’ve said all along, I wouldn’t trade Eli for anybody on the paddock. I just think he’s that good and he’s a good person. I think he’s somebody that has a long career ahead of him and will be successful in this business. I think we were fortunate to get him. So I’m good with it. I really feel like he’s the kind of guy that we want to build a team around—somebody that you can depend on every week. What he did today is not to me like, “Oh, my God!” That’s what we expect. We expect that.